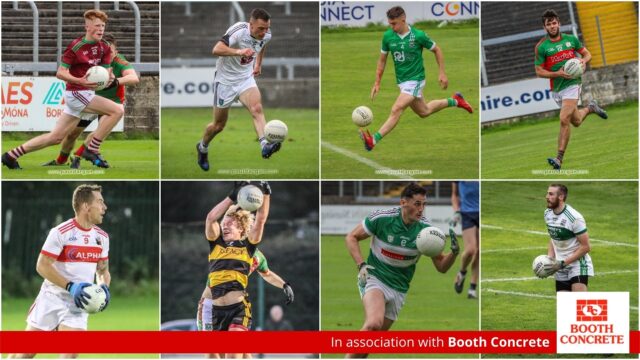 There are eight Laois senior football championship games down for decision over the coming days as well as four in the intermediate and a handful in the junior and our latest Talking Sport Podcast is here to look ahead to all of the action.

For those who lost in the opening round of the senior or intermediate, they are now in the last-chance saloon – a loss would end their championship and send them into the relegation playoffs.

And the draw has thrown up some tasty contests and local derbies on the losers side of the senior in particular.

Ballyfin v Portlaoise, Arles-Killeen v Killeshin and Emo v The Heath are all local derbies where the winners will be back in contention and the losers out. Ballylinan v Clonaslee-St Manman’s is the final pairing on that side of the draw.

The standout game in the intermediate is the meeting of last year’s beaten finalists Crettyard and the 2020 junior champions Park-Ratheniska.

Mountmellick play O’Dempsey’s in the other game in the winners section. On the losers side, Arles-Kilcruise will be expected to beat Portlaoise’s second team while Timahoe and The Rock should be an interesting clash.

We also look briefly ahead to the games in the junior championship, last weekend’s minor semi-finals and opening round of the ladies championship as well as chatting about the approach of some no-nonsense referees.

Steven Miller and Alan Hartnett preview all of the games and attempt to pick their winners.