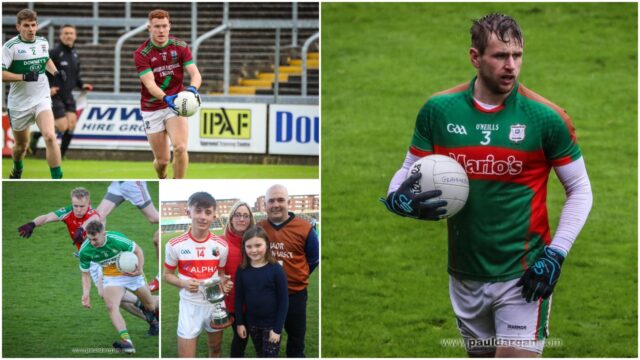 The second Team of the Week from the Round 2 SFC and IFC action from 2021 is here.

We had eight senior games, four intermediate games and a handful of Junior A games taking place over the weekend.

We arguably could have named five goalkeepers as there were some stunning displays from the games we covered.

In total, 12 clubs are represented on this week’s team with just two clubs – Portarlington with two and Park-Ratheniska with three – providing more than one player.

But any keeper who kicks match winning extra time points is going to prevail and Killeshin’s Killian Roche – a Clare native – did just that and even managed one from play.

Cormac O’Hora has been a regular for O’Dempsey’s for the last number of years and showed his worth once again at the weekend.

Made a number of crucial interceptions and last ditch tackles as he revelled in his full back role.

Graiguecullen eased into the quarter finals following a comfortable win over Stradbally and Mark Timmons sets the tone for them.

Everything he does, both in and out of possession, looks so easy and he is still, by some distance, the best defender in the county.

Despite only being intermediate Park-Ratheniska’s 15-point win over Crettyard was one of the most impressive performances of the weekend and central to that was the good job that Mark Delaney did on Crettyard’s danger man Evan O’Carroll.

It was a collective effort from Park both in limiting the supply and defending well but Delaney was the main man in the full-back line and limited O’Carroll hugely compared to what most defences have done in recent years. 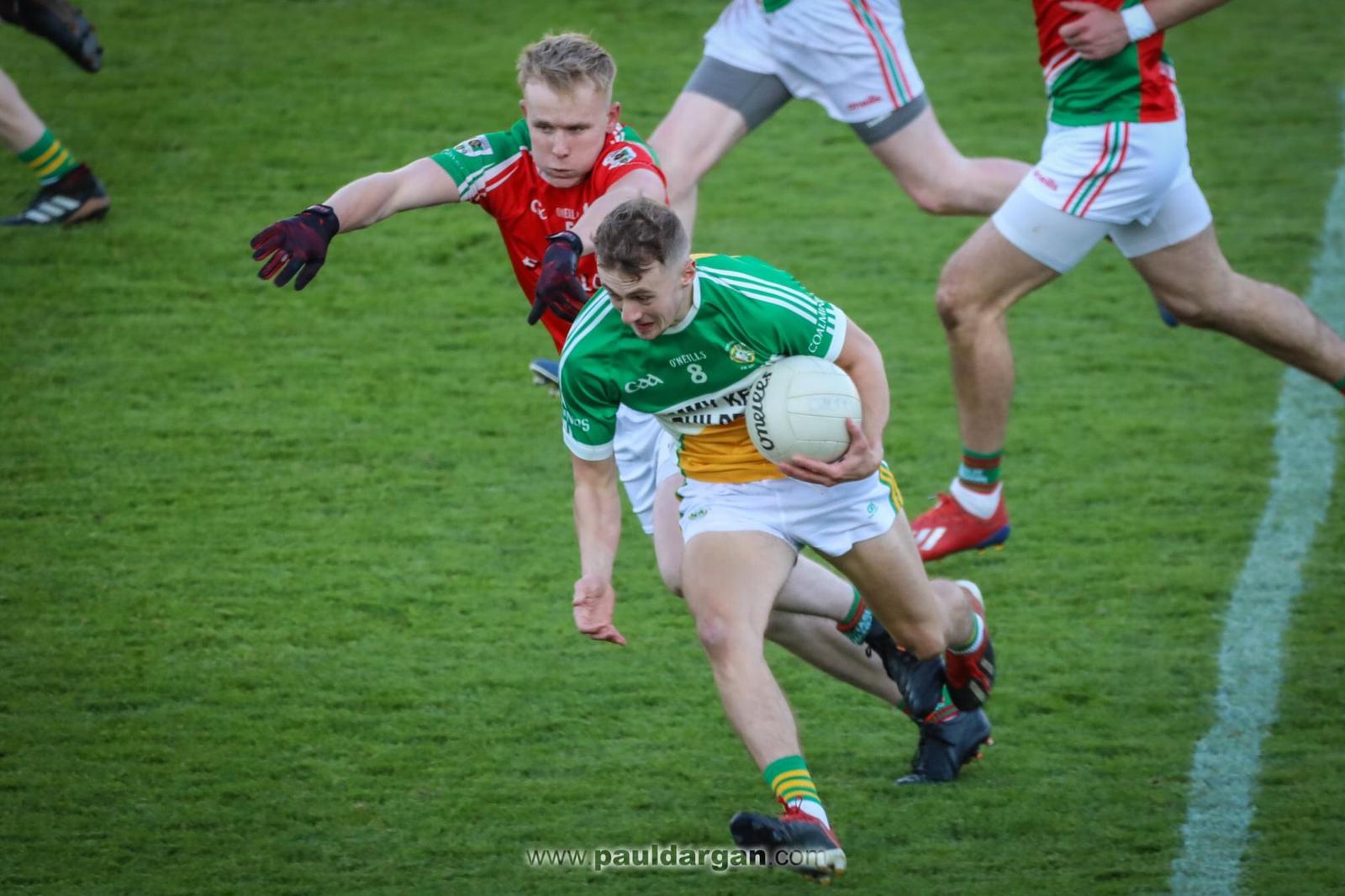 Named in our hurling equivalent recently, Liam Senior is a proper dual player and is comfortable in either code.

With a heavily bandaged leg, he covered every blade of grass in O’Moore Park in the win over Ballylinan – scoring 1-1 in the process. 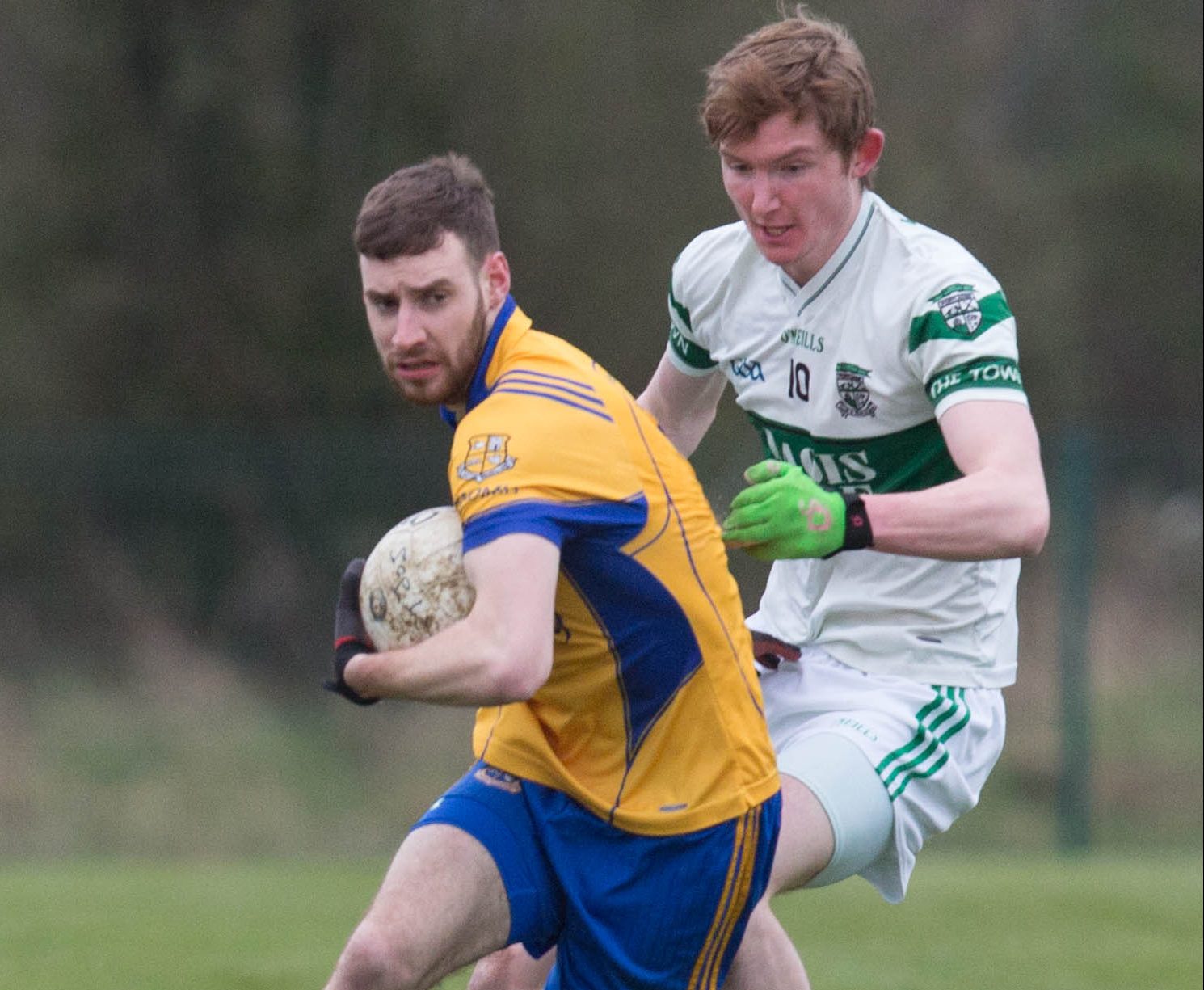 Adam Campion has been in with Laois a couple of times over the years but has never really got a proper run in the side.

His displays in the two games he has taken part in thus far show that he is well capable of operating at that level in the future as he is quick, strong and a very good man marker. 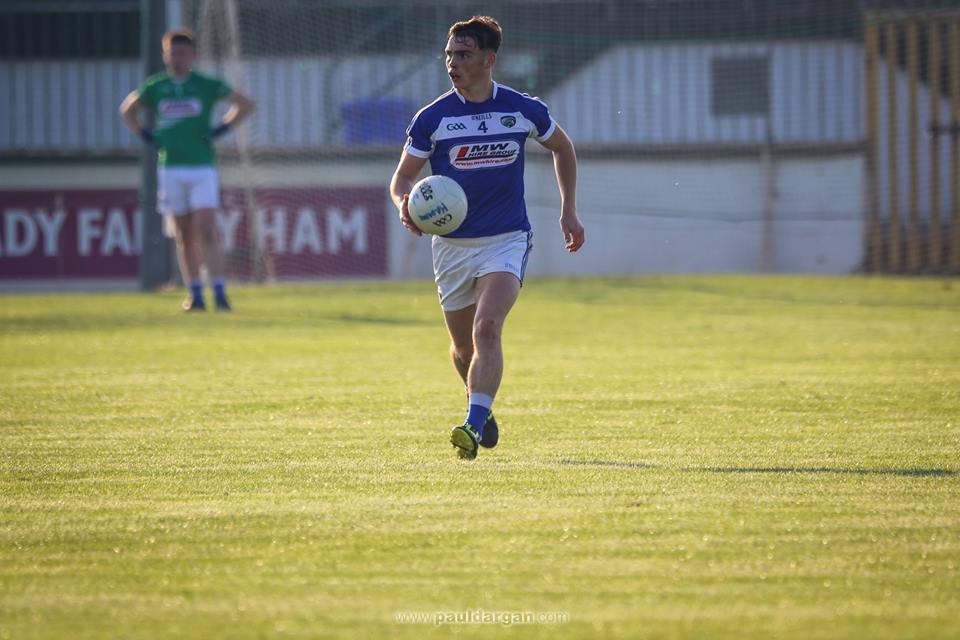 Park-Ratheniska’s remarkable rise continues and it is being driven by a cohort of younger players that are led by this man.

Richie Hitchcock is another accomplished defender who got on a lot of ball in their win over Crettyard, set the tone with an early point and worked hard. 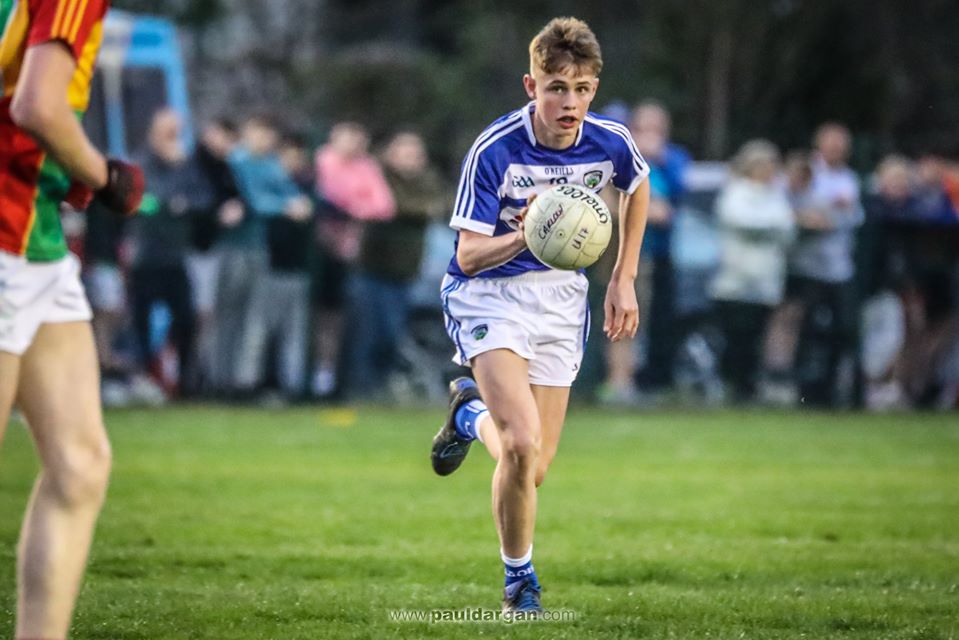 Park-Ratheniska were good in 2020 but they have gone to a whole other level in 2021 – with this young man leading the charge.

Minor captain in 2020, Simon Fingleton has slotted straight into midfield where his athleticism and dynamism gives Park a whole extra dimension to their play.

Bracken captained Portarlington to 2020 glory and his performance against Courtwood on Sunday was very good as he led by example from the start.

Good on the ball, athletic and gets through a lot of work, it was his goal early in the second half that put the game beyond Courtwood’s reach.

The evergreen Ross Munnelly fired 1-12 from play as Arles-Kilcruise got their IFC campaign back on track last week.

It was a dominant display against Portlaoise and Munnelly showed that he is still capable of putting up big numbers.

When Timahoe needed a saviour against The Rock recently – who better than Brendan Quigley to step up to the plate.

A threat throughout in the forwards, his goal came from a strike of pure quality and it pushed them into a quarter final.

As individual displays go, Colm Coss’ scoring exploits against O’Dempsey’s were only bettered this week by Ross Munnelly.

He finished that game with 1-11 and simply tore his opponents apart. 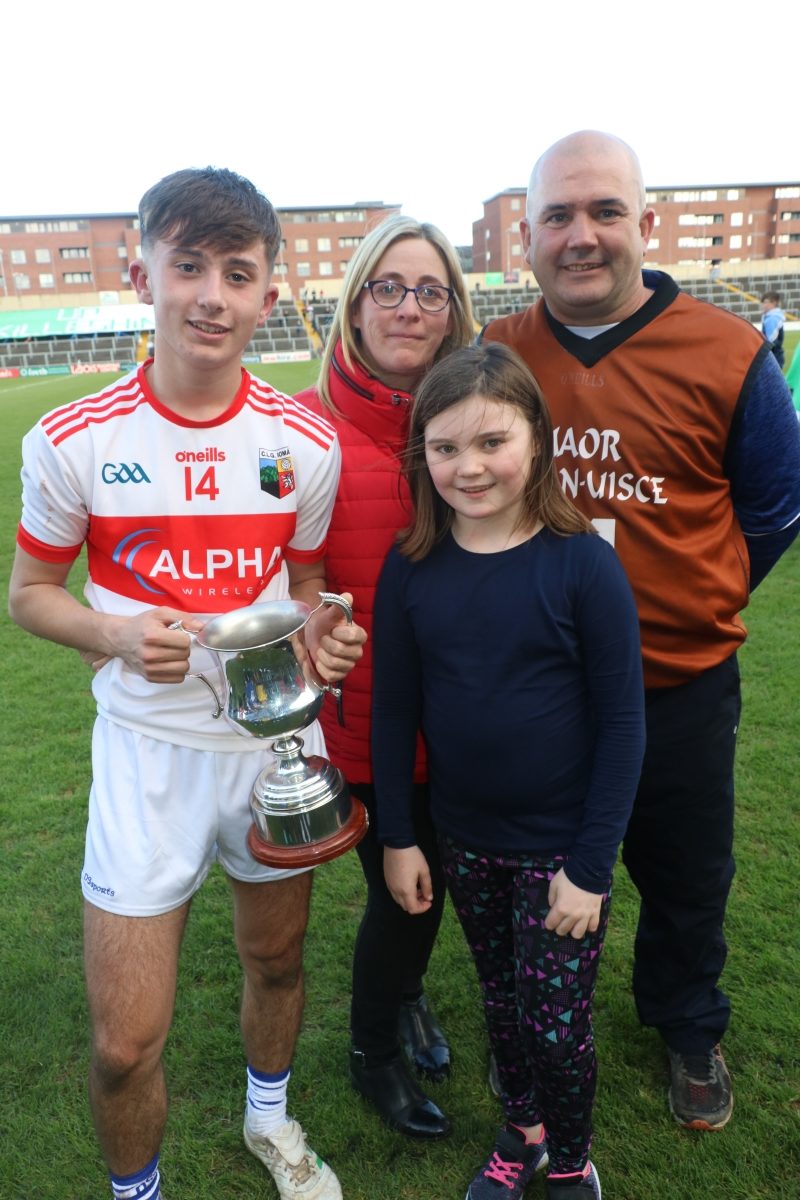 Emo’s championship looked like it was coming to an end as they trailed against neighbours The Heath coming into the closing stages.

But up stepped teenager Paddy Hosey to score a crucial goal to add to the three points he had already kicked which ultimately won the game for Emo. 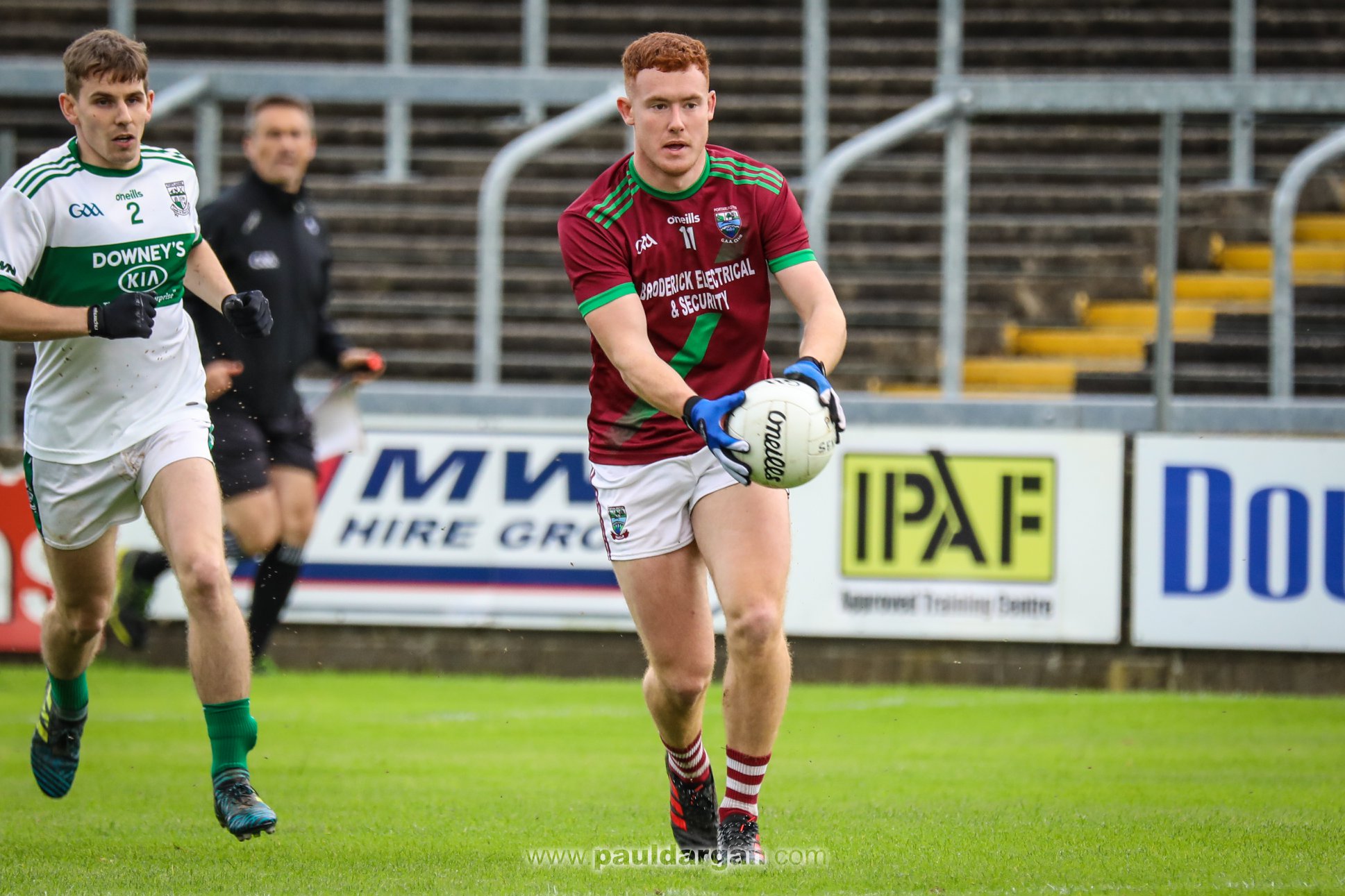 Colm Murphy is well established as one of the best forwards in the county and after a quiet day against Ballyfin in Round 1, he was back to his best against Courtwood.

Murphy fired seven points and was involved in the majority of the attacks that Portarlington executed.

A new position for Damon Larkin yielded one of his best displays for Portlaoise at senior level to date.

Stationed in the full forward line, Larkin was a constant threat. He scored 1-1 and his direct running drew the foul from George Lanham which ended in his second yellow ultimately swung the game for Portlaoise.