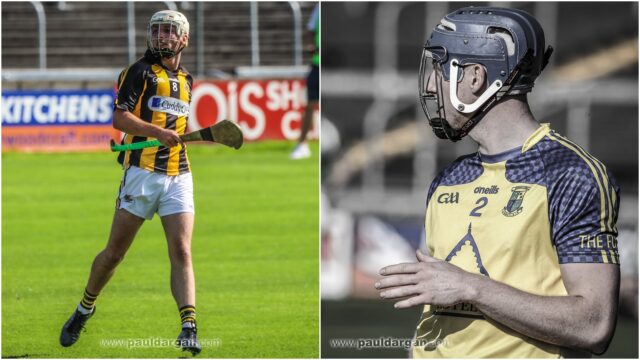 There are two big games down for decision as the Laois hurling championships commence Round 3 action.

In the SHC, Abbeyleix and Camross know that whoever loses will end up in a relegation playoff.

While in the IHC, Mountmellick and Mountrath, two of the pre-tournament favorites, will scrap it out for the same prize.

Below, we take a look at how both games are shaping up.

It’s as close to straight knockout hurling in O’Moore Park this evening as Abbeyleix and Camross clash in the final round of group games in Group B of the senior championship.

Neither of these have a win between them from the opening two rounds – though with one point from their draw against Borris-Kilcotton in the first game gives them a slight advantage.

A draw will be enough to send Abbeyleix through but Camross need a win if they’re to avoid missing out on the knockout stages for the second year running.

There’s also the additional element of the loser of this game having to go into a relegation final against The Harps or Rosenallis in two weeks time.

Abbeyleix have been the more impressive of the two so far, pushing Rathdowney-Errill and Borris-Kilcotton closer in their two games than Camross did.

Under Lorcan Mahony, they have a decent young team and have brought in multiple Laois underage players of recent years in the likes of Ciaran Byrne, Fionan Mahony and Lawson Obular while Cillian McEvoy is also a serious addition having transferred from Ballypickas.

Aaron Brennan has been impressive on the frees (as has Enda Rowland on the longer ones) while Liam Delaney and Ryan Peacock have been going well too.

Camross welcomed back Zane Keenan for the last game against Borris-Kilcotton but they haven’t hit form yet and this is the third year running where they’ve lost more often than they’ve won.

Daniel Delaney has nailed down a starting place while Darren Gilmartin, Ciaran Collier and David Mortimer have been on the scoresheet too.

It’ll be interesting to see if they call on either of Mossy Keyes, or the other Daniel Delaney, both of whom were very impressive in their intermediate win over Clonaslee-St Manman’s.

Abbeyleix last beat Camross in 2017 under the old format to go through to the semi-finals though Camross reversed that result the following year.

Camross appeared to have regressed somewhat since that 2018 county final success and Abbeyleix are on an upward curve.

Everything is pointing to a close contest.

But with their backs to the wall, needing to win to stay in the championship and avoid a relegation battle, it’s hard to go against Camross.

Laois IHC Group B – Mountmellick v Mountrath
In Centre of Excellence at 6.45pm

This competition only sends the top two teams through to the semi-finals and all four places are already decided.

Neither of these two teams can advance as they both lost their opening two games to The Harps and Trumera.

Mountrath’s biggest problem has been their discipline. They had three sent off against Trumera and two more went against The Harps.

If they can keep 15 of the field tonight then they may have a chance of winning.

However, Mountmellick were far more competitive than Mountrath in their two defeats so the odds would seem to be in their favour.