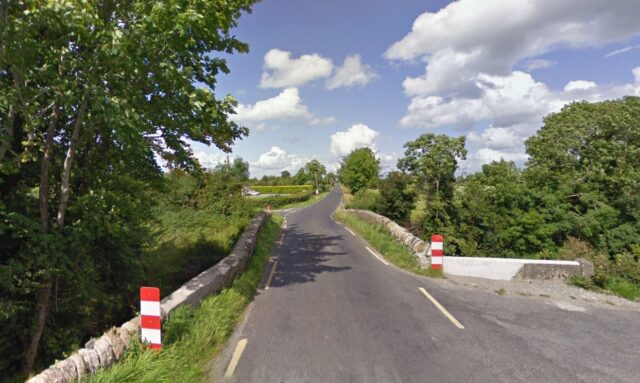 Residents living near a busy bridge over the River Owenass are fearful that cars could crash into their homes.

So says Fianna Fail Councillor Seamus McDonald at a recent meeting of the Borris-In-Ossory-Mountmellick Municipal District.

He called on Laois County Council to put in place traffic calming measures at the Owenass Bridge in Skerry, Rosenallis.

Cllr McDonald said: “People living near the bridge are in fear that cars or other vehicles could crash into their homes.

“Speed is a big issue near the bridge and we need to do something to reduce it.”

In response, Engineer Edmund Kenny confirmed he would meet Cllr McDonald at the location to assess what could be done.

In a separate motion, Cllr McDonald asked that Shelley’s Corner in Rosenallis be made safe and traffic calming measures be introduced.

He also put down a motion called on the Council to to repair the footpath at Slieve Bloom Park, Clonaslee, and extend the part at Bellair.

Receiving support from Independent Councillor James Kelly, he highlighted the issues surrounding footpaths in the county.

He said: “I think five of the motions down before us today relate to footpaths.

“It used to be all about roads, but now footpaths are a huge problem and we need to look at that in the upcoming budget.”

Engineer Edmund Kenny agreed to meet Cllr McDonald at the various locations to assess what could be done.