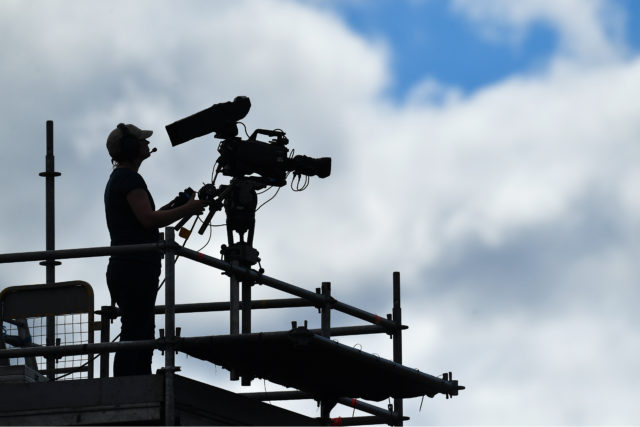 Laois GAA have confirmed that the consistent live streaming of matches on Laois TV from O’Moore Park is set to resume.

On Wednesday evening, the Minor ‘A’ final between Graiguecullen and Na Fianna Og was shown live.

While the streaming platform will also bring the Minor ‘A’ hurling final between Camross and Abbeyleix to the TV this evening.

None of the rest of this weekend’s action will be shown but from next weekend, Laois GAA have confirmed it will be back.

Secretary Niall Handy confirmed the move to clubs in an email circulated this afternoon.

He said: “Live Streaming will return for all games in MW Hire OMP after this weekend.

“Laois GAA will provide a copy of each game to respective Clubs that evening or following morning of game, so recording of games herein will be prohibited unless permission sought.”

The move means that action from the quarter final stage of the Senior hurling and football championships will now be streamed.

Laois TV’s live streaming service has proved to be a huge hit and turned a big profit in 2020.

Under the direction of PRO Paul Dargan, the games were streamed by John Moynihan from All Rounder Sport.

Round 1 of this year’s championships were streamed before an increase in spectator numbers saw Laois GAA take the decision to pause it.

PRO Dargan said: “We have viewers from countries all over the world – Cayman Islands, Switzerland, Spain – just about anywhere you can think of.

“Laois TV only works due to the dedication of our commentators and co-commentators who give up their time to bring the matches to people’s homes.

“We are also very fortunate to have John Moynihan on board too and we are all looking forward to an exciting end to the championships.”

Meanwhile, there has been changes to the schedule of games on Saturday evening.

Due to a bereavement, Emo and Rosenallis will now throw in at 3.30pm in O’Moore Park.

While the second game between Clonaslee and Courtwood now commences at 6pm.