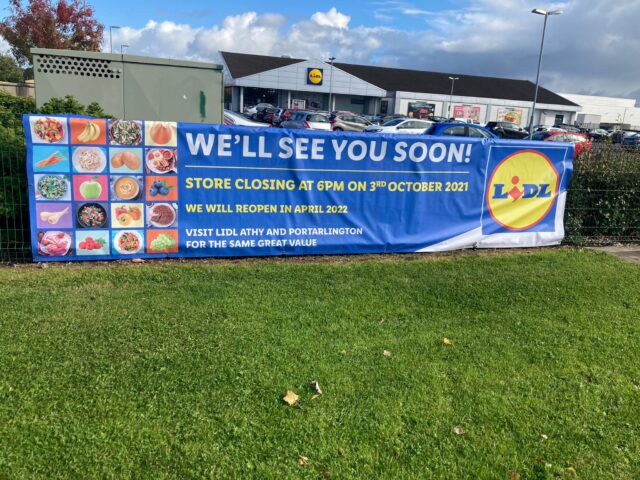 The store closed its doors yesterday evening, Sunday, October 3, and will re-open next April.

The €9 million development will eventually see the Portlaoise store employ 34 people, seven more than what was currently there.

In total, the new build will have a total floor space of almost 2,500 square metres and as well as the new build its entrance will change slightly so that it is shared with their neighbours Shaws.

All existing staff have been temporarily transferred to their stores in Portarlington and Athy.

The German-owned discount food store have embarked on a major strategic investment that will see the company invest €550 million into its Irish operation over the next three years.

As well as plans for 20 new stores, they also intend redeveloping 24 more around the country.