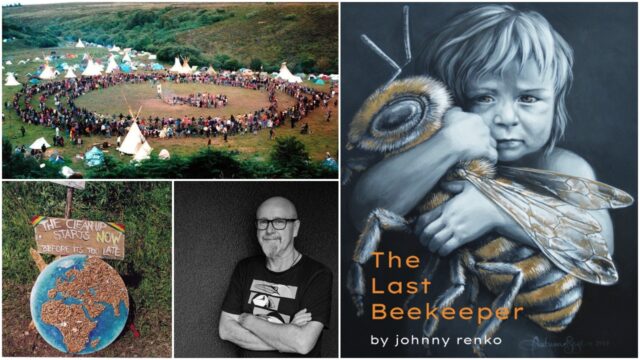 A chance encounter with Rainbow People almost 30 years ago is the inspiration for a new book for children.

‘The Last Beekeeper’ by Johnny Renko, the pseudonym for journalist and former Senator, John Whelan will be launched by the Minister for Heritage, Mr Malcolm Noonan, in Kilkenny at the end of October.

The book explores the challenges around climate change which is posed today and poised to confront future generations.

Speaking ahead of its release, author Whelan explains where the inspiration for his book came from.

He said: “When I was dispatched to report on what was happening in Rosenallis in the Slieve Bloom mountains in 1993 when thousands of colourful Rainbow People converged on the townland of Ballyhuppahaun little did I realise the profound and abiding impact it would have on me.

“This is the story I have always been meaning to tell, firstly for my children and now as it turns out for my grandchildren, thirty years on. The Rainbow People were intriguing in so many ways.

“I was fascinated by the resourcefulness and ingenuity. They were way before their time in terms of eco-living, conservation, leave no trace, carbon footprint and so many of the issues which have since become mainstream and part of our daily dialogue.

“I was fascinated in the Slieve Blooms back then and a year later when I travelled to join them in Slovenia, how thousands of strangers, from so many nationalities, could live on the side of a mountain, respect the landscape, share resources and look out for each other while in perfect harmony with nature.

“I always felt it would be fantastic if we could learn from them, apply this approach and scale it up across society in general, it would help solve many of the issues around waste, pollution and the threat to our environment and biodiversity that we now face.

“While I have been meaning to write this story for years, the timing has never felt so apt as it’s never been more topical.

“The story is written to suit the oral tradition of Irish storytelling, ó ghlúin go glúin, and yet the theme is universal; what sort of a world are we handing over to our children, grandchildren, and future generations.” 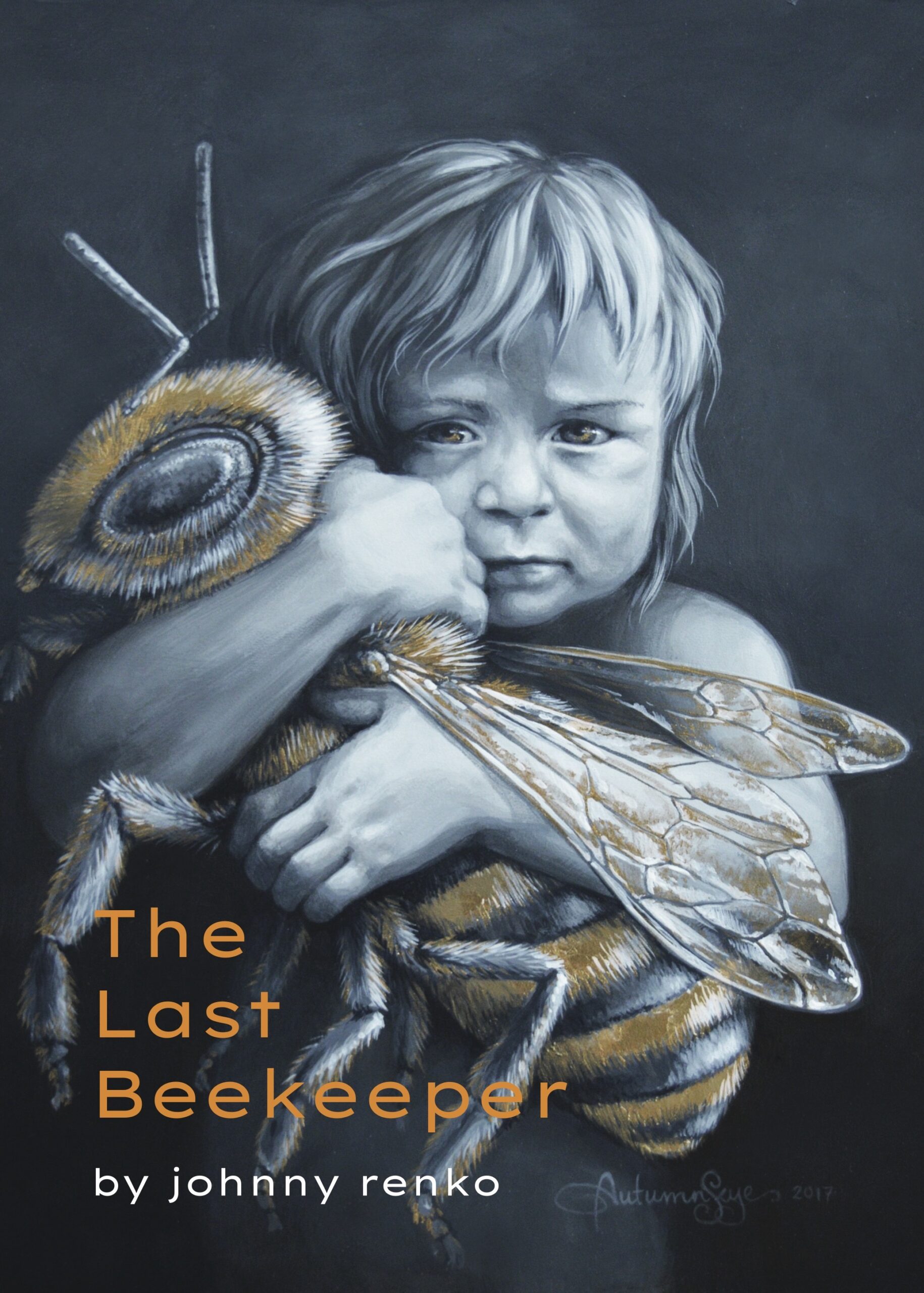 Speaking in advance of the book’s launch at Butler House Gardens and Orangerie on Friday, October 29, Minister Noonan had this to say: “We are facing an immense global challenge in tackling biodiversity loss.

“In this decade of ecosystem restoration, it is important that we restore our relationship with nature – specifically with the living creatures with whom we share this planet.

“The first step in this process is acknowledging that human beings, non-human animals, and plants are all one and the same – each playing a non-hierarchical part in the drama called: the rich tapestry of life.

“John’s writing will inspire young people to be a part of and indeed to lead the important conversations that are an essential starting point in bringing about such restoration, but more than that it will also motivate them further to really want to engage with this process of change and become ecologists, marine biologists, entomologists, etc.

“This is a timely piece of writing, and I am delighted to be associated with its launch.” 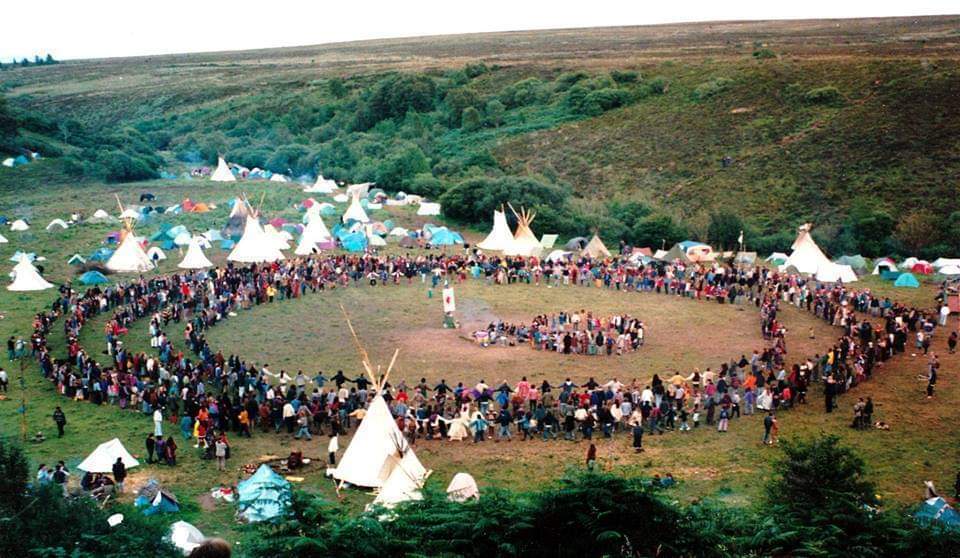 Even before its launch during the midterm school holidays, The Last Beekeeper is creating quite a stir thanks to its stunningly powerful and poignant book cover.

“This exceptional work by Autumn Skye which dates to 2017 is so moving and encapsulates the spirit and essence of the story. I’m absolutely thrilled to have permission to use this image on the book.

“It’s a perfect match to capture the reader’s attention as they set out on the story. In this instance I certainly hope that it’s a case of where you can judge the book by the cover,” says the author.

The book cover and typography are by talented graphic designer, Gavin Cowley, who is originally from Tullamore and now resides in Monasterevin. 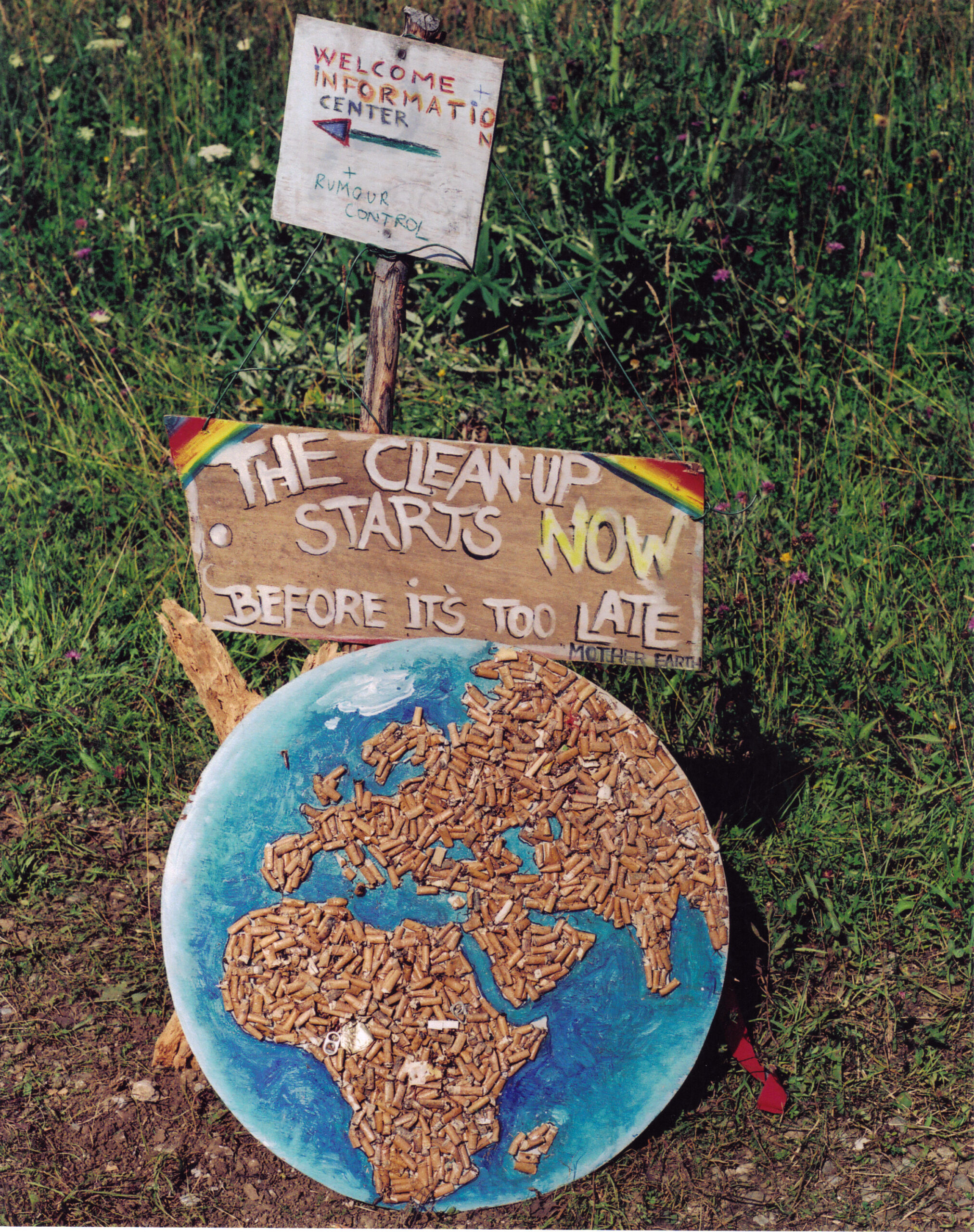 The cover notes on the book hint as to what lies in store for the reader:

“Two best friends, one great journey, the adventure of a lifetime. Their quest, to find The Last Beekeeper, and save the world. They learn so much along the way. With the end in sight the outcome remains in the balance. It falls to you to make the difference, to determine what happens next…

“The Last Beekeeper is written to be read aloud in an inter-generational experience, a book for those young at heart, children of all ages. Explore. Engage. Enjoy the journey.” 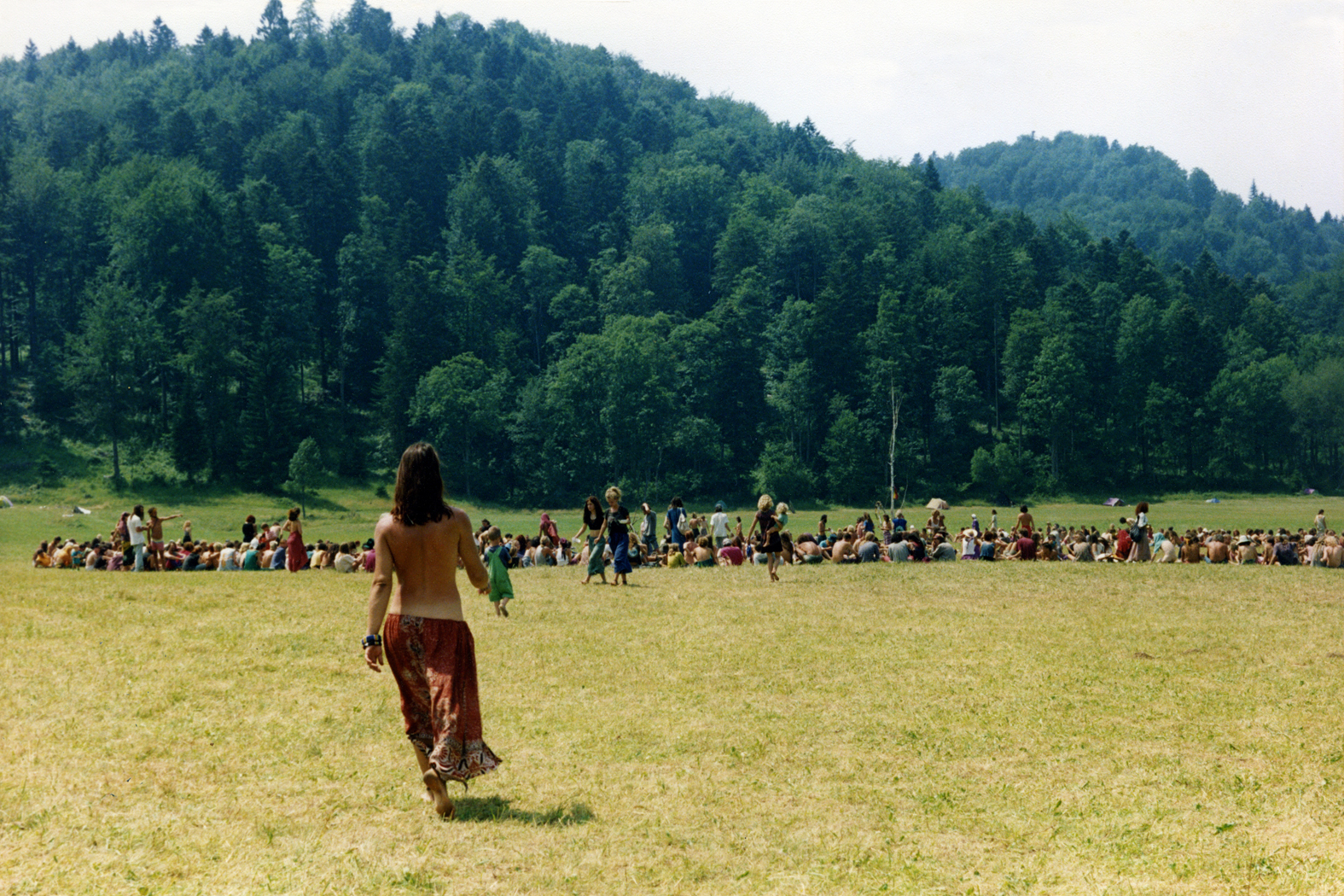 The Last Beekeeper will be launched by the Minister for Heritage, Mr Malcolm Noonan on Friday, October 29, at 11am in Butler House Gardens and Orangerie.

It’s a family-friendly event and adults should be accompanied by a child.

The Last Beekeeper will be available at €15 from selected book shops and outlets nationwide and online from www.thelastbeekeeper.ie 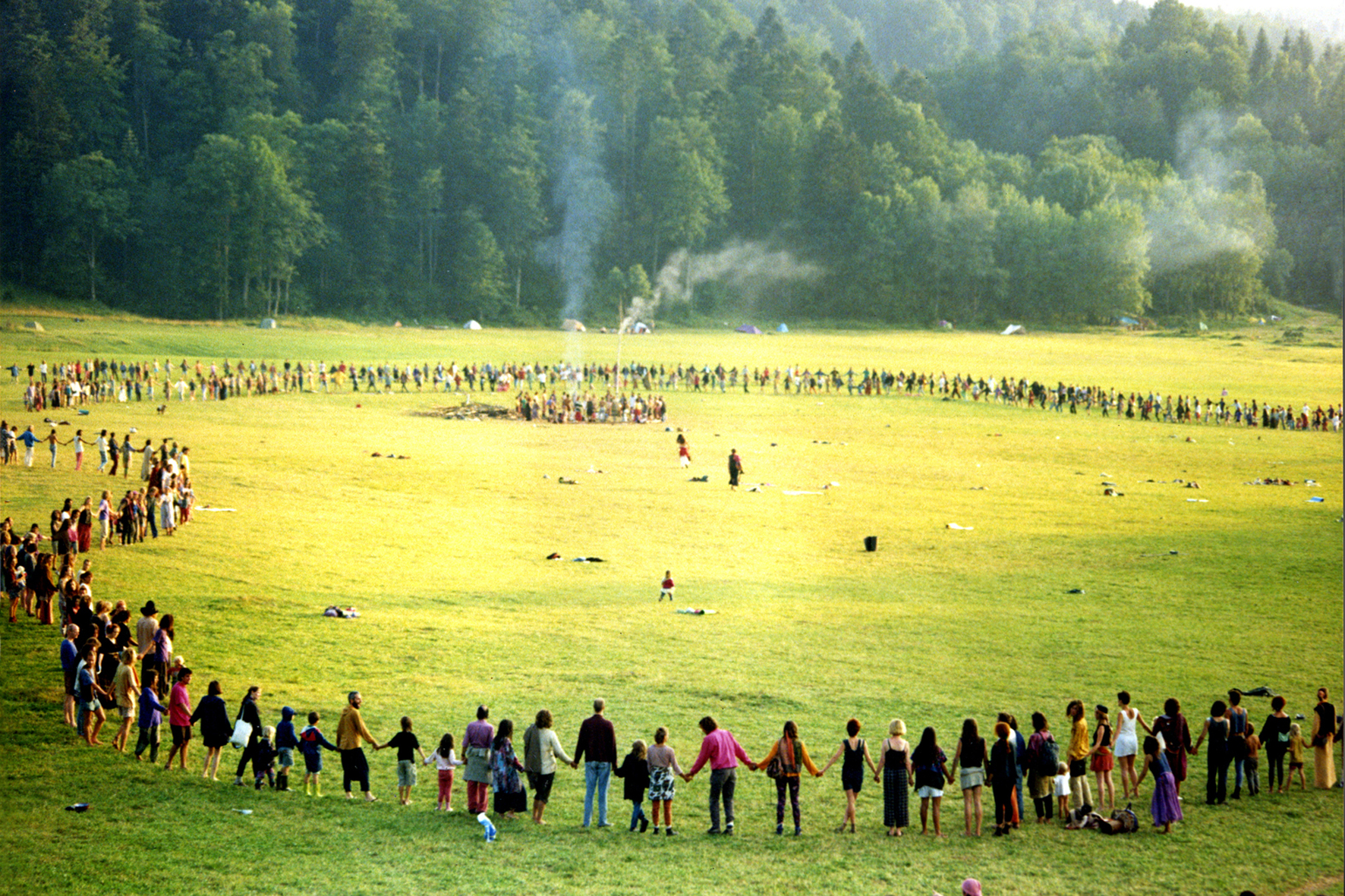