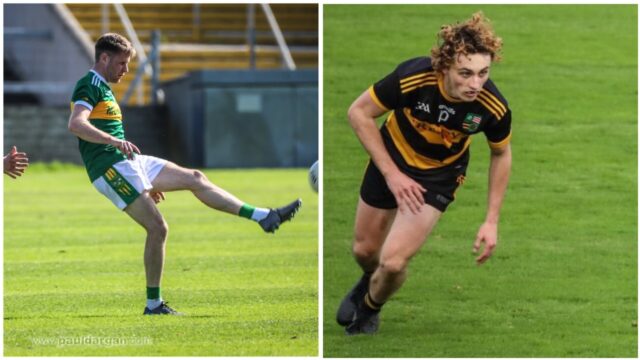 It is yet another final that nobody wants to be in – but Ballylinan and The Heath will contest it tonight.

Survival at this level will be the prize as the loser will be down to Intermediate for 2022.

The Heath are one of Laois’s longest-serving senior clubs and have never been outside the top tier while Ballylinan are senior since winning the intermediate grade in 1973.

It’s not the first time The Heath have found themselves in this situation and they have been in the relegation final in 2007, 2012, 2016 and 2019 as well as relegation semi-finals on a couple of other occasions.

Ballylinan have avoided this stage of the championship for the most part though did end up in the relegation decider in 2015 when they narrowly got the better of O’Dempsey’s.

They have struggled for form this season and failed to win any of their five games in Division 1A of the league to be relegated.

They’ve since lost all three championship games – to Rosenallis, Clonaslee and Arles-Killeen.

The Heath, though in the lower Division 1B of the league, got through to the semi-final but haven’t carried that form into the championship and have lost to Graiguecullen, Emo and Ballyfin.

Both teams have been struck down with injuries and absentees which have contributed to where they find themselves.

The Heath started the championship without PJ Daly, Jimmy Nerney and Alan Whelan through injury.

While Nerney returned for the Ballyfin defeat, he still looked to be carrying an injury. They also lost Ciaran Booth to a serious shoulder injury following the Graiguecullen game. However, it is hoped that Daly may be able to play tonight.

Ballylinan went into their first game against Rosenallis minus Gary Walsh and Jamie Farrell through suspension.

After that game, Andy McEvoy moved abroad and they then lost Seamus Lacey to a serious knee injury in the early stages of the defeat to Clonaslee.

Gary Walsh played with a leg injury in that game and didn’t appear at all two weeks ago when they were defeated by Arles-Killeen.

The influential Jamie Farrell picked up a knock in that match too and is rated doubtful for this one.

Both teams are up against it tonight and this one is extremely difficult to call.