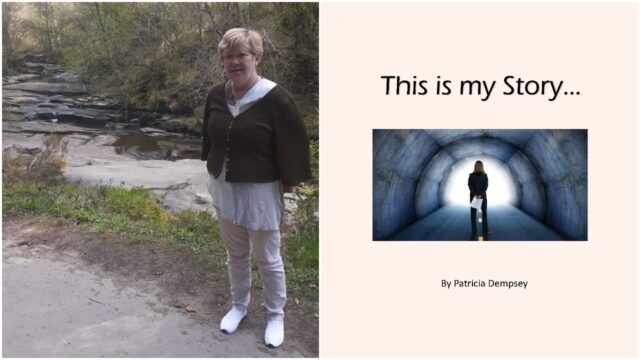 They say that everyone has a story to tell – and it has taken one Portlaoise woman 33 years to document her mental health torment and how she overcame her suffering.

This is my Story is the self-penned account of 51-year-old Patricia Dempsey, who has been hospitalised with mental health episodes 51 times since she was 18.

It recounts harrowing depths of depression and stellar heights of near ecstasy as she battled from a young age with acne, bulimia and sleeplessness, not to mention multiple sessions with psychiatrists, being diagnosed with bipolar disorder and receiving electric shock treatment.

Looking back, Patricia says: “The highs were great, but experientially I paid an enormous price when I came down and the lows hit.

“This continuous cycle was constant and culminated to a state that at the age of 19 I was in such a desperate way that I tried to kill myself with an overdose of prescribed medication at home.

“All I know is that during this horrific time I was administered the last rites not once, but twice,” she said.

However, Patricia has never let these difficulties get in her way. She said: “I trained as a City and Guilds hairdresser for a year, an assistant in a handicapped children’s care centre (Kolbe) for three and-a-half years, then as a carer for the elderly in Moore Abbey.

“During all this time I still experienced radical episodes. I still persevered and went on to work as a sales assistant in Abrakebabra, then in a high-street clothing shop.

“Following that, I took on a full-time, four-year course at NTDI. In the final year, the guidance lecturer delegated us to three days of work experience and two days a week studying an ECDL course.

“My work experience was in Toppers in the shopping centre in Portlaoise. After three-and a-half years I had a severe episode and was admitted to hospital yet again.”

However, Patricia pressed on. She said: “At a time when I was experiencing a prolonged stable condition, I was invited by a doctor in St Pat’s to do a speech on bi-polar disorder with seven other speakers in Dublin.

“The theme was to tell our personal stories and experiences at a venue in front of approximately 1,000 people. I remember being excited and a little elated. It was, generally speaking, a question-and-answer session.

“A month later, the height of us were invited to an audience with President Mary McAleese and the most senior psychologist in Ireland, where we were formally introduced and presented with a medal for bravery, which I still treasure to this day.”

While Patricia speaks openly of her issues in This is my Story, she gladly acknowledges the support and guidance given to her by the medical profession and her family and friends, particularly her father.

She said: “My Dad (Michael), Lord have mercy on him, brought me everywhere to seek help for my condition/ illness – to see if there was any possibility of a cure.

“The poor man always blamed himself until it came to a point when he understood, and accepted, that he himself was not to blame, that it was not his fault.” 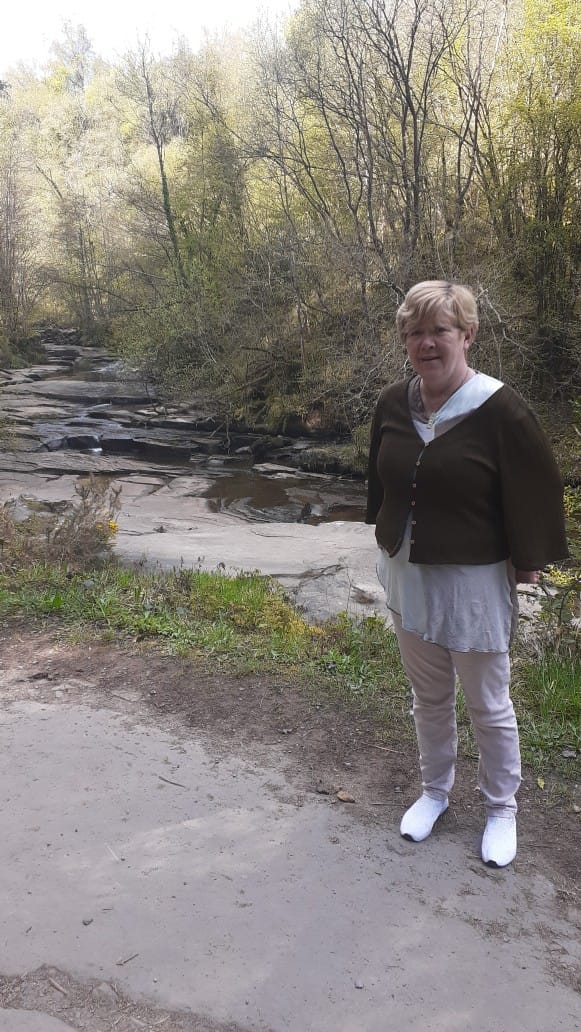 She also documents how her sister intervened at one time to cut back her nails because “I was very mentally tortured, to the degree I kept scraping my face to a point that it was pouring blood.”

Patricia also tells of her intense longing to have children.

She said: “I really yearned to have a child, but was warned against it, as it would possibly be severely handicapped.

“Nevertheless, after pleading with the doctor, he reduced my medication. To my great regret and personal disappointment, it only resulted in me getting sick again, so I had to resume my treatment.”

While the content of This is my Story is harrowing at times, there are also glorious triumphs.

Patricia said that during her last period of hospitalisation she “met a guy there, another patient, with whom I found a great rapport.

“I have never asked anyone out in my whole life, but with his captivating blue eyes and his charm, I could not resist but to ask him to be my date.

“We are still going out with each other after five years. I have not been sick/had an episode since I met him and I know my father is keeping me safe, too.

“I have missed so much of my life due to this illness. I wish I could go back in time but, on reflection, I don’t think it would have made any difference to the outcome.” 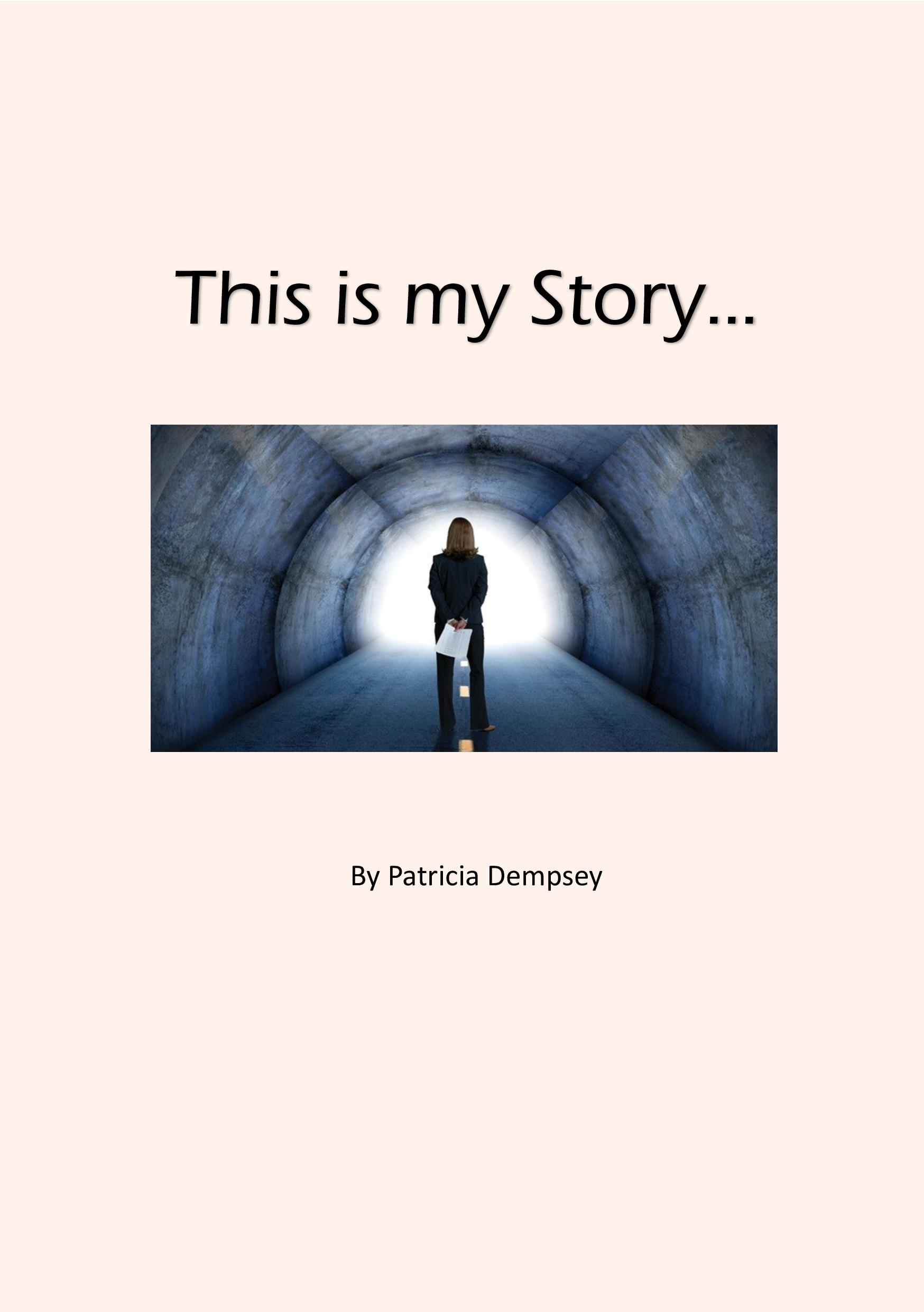 Asked why she had written her story, Patricia said: “I wanted to let people know that there is hope and that there are many supports out there. If it gives just one person hope, then I know it was worth it.”

You can read Patricia’s full account in This is my Story, which will be available in shops around Portlaoise in the coming weeks.

The book is priced at €7, with €4 from every sale going to Beaumont Hospital.

The official launch of This is my Story will be held on Thursday 21 October at 11am in Portlaoise Parish Centre. All are welcome.