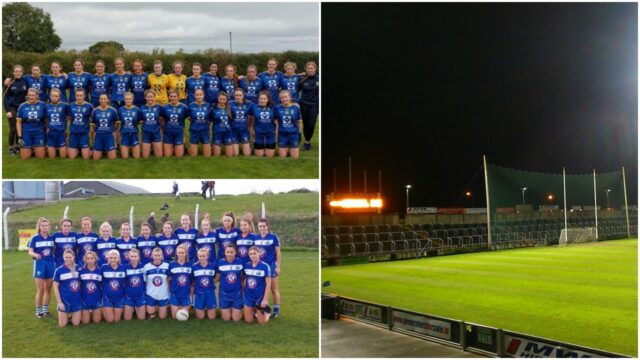 The final of the Laois Ladies Senior football championship will once again be played in O’Moore Park.

For the majority of the last few years, the final has been played at Laois GAA HQ when possible.

And Laois LGFA confirmed that the final will take place on Saturday October 30 at 7pm.

A spokesperson for Laois LGFA said: “We are delighted to announce that our Senior Final will be played in MW Hire O’Moore Park on Saturday the 30th of October at 7pm.

“It’s always great when it’s in your home County Grounds and a big thank you must go to Laois GAA.

“Their continued supported is appreciated.”

We will have new champions following the game as Sarsfields will take on St Conleth’s.

Sarsfields, who led for the entirety of their semi final against Portlaoise, held on to win this much anticipated clash in Rathleague at the weekend.

Sarsfields have dominated Laois Ladies football for the past decade but Portlaoise stopped their drive for eight-in-a-row last year to win their first ever title.

Nevertheless, despite a late goal for Portlaoise, Sarsfields emerged 1-14 to 1-13 winners.

The second semi final saw history made as St Conleth’s went through to their first ever Laois Ladies Senior football championship final.

In a game that swung frequently from one way to the other, St Conleth’s timed their run to perfection as they kicked the last five points of the game to win it.

The finalists met in the group stage with St Conleth’s winning by a goal – so an tight final is anticipated.