The inaugural Laois Short Film Bursary of €10,000 has been awarded to Swandive Productions for their short film Superhuman.

The film explores universal themes, with a micro lens on para-athletics and being black and living in Ireland.

It showcases a young person overcoming great challenges, as well as people giving support to those who need it most.

It is a pertinent film and sheds light on new types of narratives and the lives of those that often go unseen.

The successful team awarded the Bursary consists of writer/director Michéal Fleming from The Swan and producer Michael-David McKernan. Superhuman will go into production in Laois in February 2022.

This inaugural Bursary supports and encourages filmmaking within the county and is funded by Creative Ireland Laois as part of the Creative Ireland Programme (2017-2022) in partnership with Laois County Council.

Laois Arts Officer and Creative Ireland Coordinator Muireann Ní Chonaill said: “We are very pleased to present this inaugural bursary to Michéal Fleming and Michael-David McKernan from Swandive Productions for their film ‘Superhuman’.

“The panel were extremely impressed by the strength of their application and this very current story.

“We wish Michéal and Michael-David every success in realising this concept to the big screen.

“We in Laois County Council are keen to support film and filmmakers and this new Short Film Bursary will foster talent, creativity and activity in filmmaking in the county.

“Over the last number of months many artists and filmmakers have been active in the county, filming performances funded through the Local Live Performance Programming Scheme (LLPPS).

“We hope that the LLPPS together with the Creative Ireland bursary will help in putting our county on the map as an attractive location to shoot film, with many skilled and talented Laois based people to support this industry.”

The inaugural Laois Short Film Bursary was launched in July 2021 and film teams across the county and country submitted scripts as part of the application process.

Key criteria for eligibility is that one of the core creative team (Writer/Director/Producer) must be from or living in Laois, and that the film is made in Laois.

Michéal Fleming writer and director of Superhuman and native of The Swan said: “Thanks to Laois County Council and Creative Ireland for allowing us the opportunity to tell this timely and hopeful story.

“It’s great to be able to take a punt on something homegrown as well as being able to utilise all that Laois has to offer as we endeavour to bring it to life.” 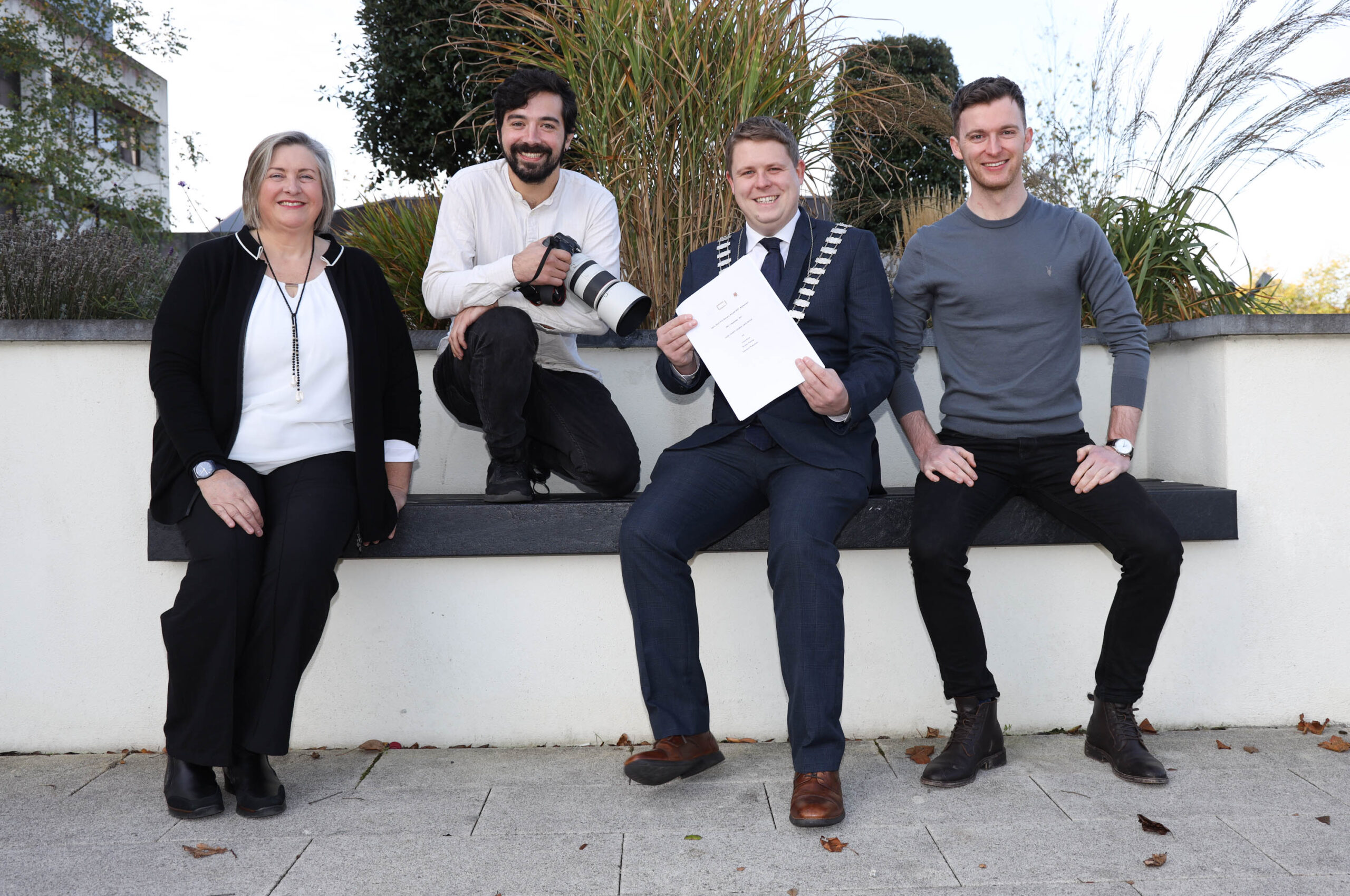 Michéal spent much of his formative years in theatre and transitioned to the film world writing Summon Her Children, a true story of a group of Co Laois volunteers during the Easter Rising of 1916.

Following this came his directorial debut with Vegetable, an award-winning short film most recently seen on RTÉ2 Shortscreen and filmed entirely in the Slieve Blooms.

He is currently in post-production with his short film Croí, which centres around Irish Antarctic explorer Tom Crean and was filmed in Stradbally Hall.

“Myself and Mícheál have had the pleasure to chat with some of Ireland’s finest Paralympians during the project’s development, and now in the wake of the 2020 Tokyo Paralympic Games it’s incredibly exciting to be able to bring this script to the screen.”

In 2020 he directed and produced How to Fall in Love in a Pandemic which screened at Tribeca Film Festival and won the Oscar-qualifying award for Best Short Documentary at Galway Film Fleadh.

He produced the development of Superhuman as part of the Virgin Media Discovers Competition.

And most recently he directed Foxglove for Screen Ireland’s Actor As Creator scheme which premiered at Galway Film Fleadh.

The next round of the Laois Short Film Bursary Award will be open to writers, directors and producers early in 2022.

Requirements include submitting a high quality script/screenplay that reflects aspects of Irish experience across different generations, gender, ethnicities, class and landscapes, and is situated in Laois.