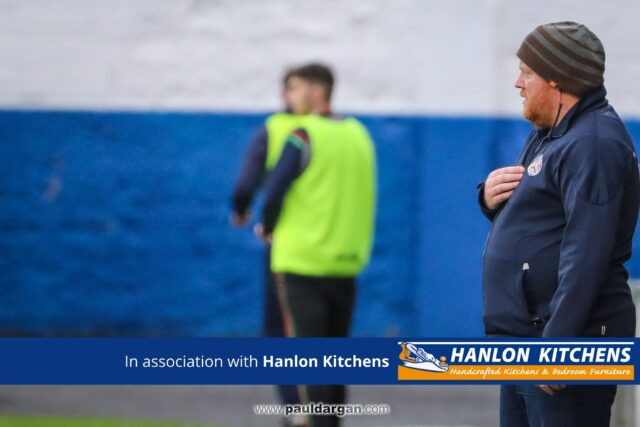 It’s been a hectic couple of months for the Borris-Kilcotton hurlers and as they prepare for their third senior final in a row this Sunday, they know they don’t want to be the team that lost two county finals in the same year.

Manager Ciaran Comerford, who took over the team at the start of 2020 just before the Coronavirus pandemic struck, found himself in the unusual position of having to prepare for the opening round of the 2021 championship against Abbeyleix just two weeks after they lost the 2020 final to Clough-Ballacolla.

They could only manage a draw that evening against Abbeyleix, but did come from behind to do so and Comerford feels that comeback was a crucial moment in their season.

Since then they’ve beaten Camross in both the group stage and in the semi-final and Rathdowney-Errill in the final group game.

When you add in the Abbeyleix game, the 2020 final loss to Clough-Ballacolla and the 2021 league final against Rathdowney-Errill, it’s serious run of games.

“We’re not undercooked anyway,” says Comerford on this week’s LaoisToday Talking Sport Podcast which will be available to download from Thursday morning.

“We’re hurling serious games every other week and it’s standing to us … what better preparation than hurling these teams.

With the crowd restrictions now lifted – compared to back in August when only 200 people could attend O’Moore Park – there is a different atmosphere in the club on this occasion.

“There’s certainly different buzz to this one. Everyone is able to get in among it all and enjoy the buildup a good bit better.

“It was a very strange lead up to that one, scramble for ticket … fielding phone calls looking for tickets.

“It’s great to have people there. Players want to be in front of a crowd.”

Comerford played with Borris-Kilcotton in the 2013 loss to Camross, their first appearance in the final since the clubs came together in 2011.

In 2015, however, he moved to live in Portumna in Galway where his wife is from and threw his lot in with them and not only ended up playing alongside the likes of Joe Canning and Damian Hayes but coaching them too.

That led on to being appointed the Roscommon manager in the Christy Ring Cup for the 2018 and 2019 seasons and he was in charge initially in 2020, though only oversaw the league as he stepped down after the lockdowns.

By that stage he’d moved back home and is in the process of building a house. Taking on his home club was a huge opportunity – but not without its pressures.

“It’s your own club and when they come knocking, it’s very hard to say no. I felt with right people around me could give it a right good shot.

“We’re knocking on the door. As a Borris-Kilcotton man and as aspiring coach, what better chance to get involved with a quality outfit.

“It’s our third final in a row. That’s an achievement in itself but haven’t got over the line in the previous two.

“The first night I met the chairman about this job he said anything less than winning a county final will be a failure.

“He was kind of tongue in cheek but the reality is that. The expectation is there that you win a county final. We didn’t get over the line in 2020 but there is a difference there about this one.

“It’s not from the lack of trying.”

Borris-Kilcotton meet Clough-Ballacolla in the 2021 Laois SHC final this Sunday in O’Moore Park at 3.30pm.