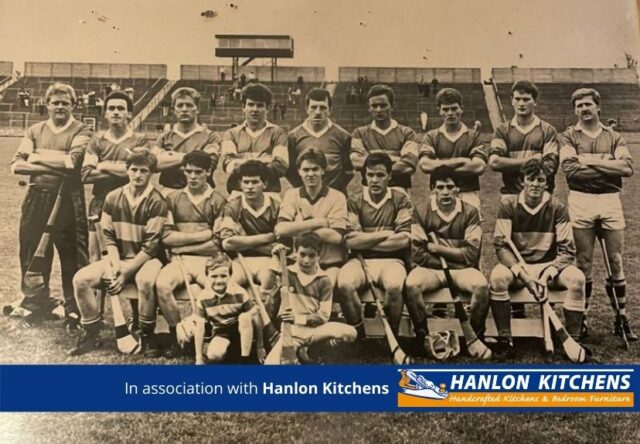 Given that Clough-Ballacolla are trying to write their place into history by claiming the Laois senior hurling title twice in the same year, their fifth since 2009 and have already been in this year’s intermediate final, it’s easy to forget that it hasn’t always been like this.

When they changed their name to Clough-Ballacolla in the mid 1980s, their first final to get to with their first team was the junior final in 1989. They lost to Mountrath by a point.

In 1990 they got over that particular line when they scraped past Timahoe in the final but they were still a long from the top table.

Yet with Mountrath winning junior and intermediate back-to-back in 1989 and 1990, Clough-Ballacolla went and did the same.

Though they beat Kilcotton and Ballypickas in the straight knockout championship to reach the final, they were outsiders coming into the final against a Ballinakill side that were competing in their second final in a row.

Dermot Crowe, now of the Sunday Independent, fancied Ballinakill in his preview in the Leinster Express though he noted that Ballacolla would be “no pushovers”.

On reporting duty for the final was Justin Treacy, now a familiar face on RTE.

He described the final as a “thriller” with a key score being a Liam Dunne free that went all the way to the Ballinakill net midway through the second half.

There had been little between the sides and they were level at the break: Clough-Ballacolla 1-4 Ballinakill 2-1. Ballacolla’s goal had come from Ned Ryan. Ballinakill had found the net through Liam O’Shaughnessy and a penalty from Peter Hamm.

Dunne’s goal gave Clough-Ballacolla the lead in the 41st minute but Ballinakill fought back with a couple of frees from the great Michael ‘Maggie’ Walsh and with ten minutes remaining they were in the lead.

“Unfortunately from a Ballinakill point of view they were unable to maintain the momentum,” wrote Treacy.

Four points in the last six minutes – two from Ned Ryan and one each from subs Matt Bergin and Pat Kavanagh – got the job done for Clough-Ballacolla.

“It was a well-deserved and much-welcomed win for Ballacolla … in what was a massive team effort,” added Treacy.

For the second year in a row, John Finlay would lift silverware in O’Moore Park. Ballacolla would spend a number of years at senior before dropping back down in 1997. They’d win the intermediate again in 1998 and have been senior ever since.

“Having been defeated in the last two IHC deciders, Ballinakill must be wondering just what it takes to win an intermediate title,” wrote Treacy.

Yet the heartache would continue. They’d lose five finals in a row in total, to Kilcotton in 1992, Castletown in 1993 and Park-Ratheniska in 1994 before beating Clonaslee in glorious circumstances in 1995.