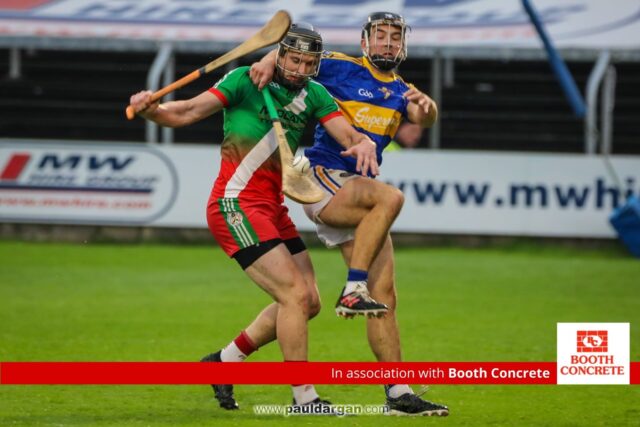 For the second time in under three months, Borris-Kilcotton and Clough-Ballacolla will do battle in the Laois senior hurling final.

The sides only met in August in the delayed 2020 final and now they face off again.

Clough-Ballacolla won that game by 1-22 to 1-17 and arrive to this season’s final unbeaten and seeking to retain the title for the first time.

Borris-Kilcotto picked themselves up after that final loss by topping their group and beating Camross and Rathdowney-Errill and were again too strong for Camross in the semi-final two weeks ago.

Clough-Ballacolla eased through their group with huge wins over The Harps, Castletown and Rosenallis and then had too much for Rathdowney-Errill of the semi-final despite being reduced to 14 men late in the first half.

Steven Miller is joined by Damien Carter to look ahead to Sunday’s final and we also hear from both managers – Clough-Ballacolla’s Declan Laffan and Ciaran Comerford from Borris-Kilcotton.