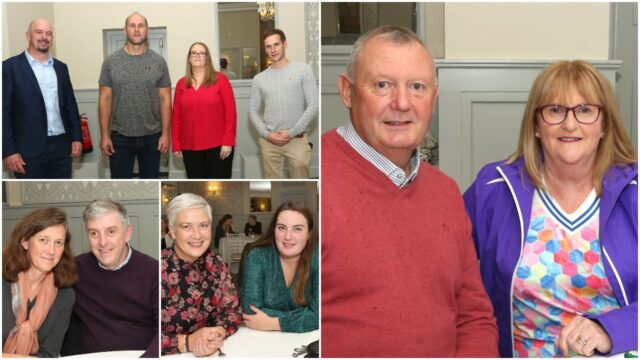 It took place on Wednesday October 27, at the Abbeyleix Manor Hotel.

On the night, Rory told his story – his struggles in school, in work, with a gambling addiction and his own mental health.

The boy labelled as thick in school would later find out he is dyslexic, is now a best-selling author.

The man who struggled to find a career he could succeed in is now a stand-up comedian selling out venues around Ireland with a social media following of over a million.

A gambling addiction which gnawed at this self-esteem, struggling with depression, he now uses his social media presence to promote positive mental health, the importance of knowing your own worth and being happy in life.

Dan Bergin Laois PPN Resource Worker said, “There was a wide variety of groups from across the County in attendance, which shows the appeal of Rory O’Connor and the importance of his message on positive mental health.

“Rory told of his struggles with mental health and the positive steps he had taken to help him with this.

“The honesty and humour which Rory used to tell his story stuck a chord with so many in attendance both young and old.”

After a Q&A session Rory took time to pose for photos.

Attendees were treated to refreshments supplied by the Abbeyleix Manor Hotel.

The event which was free for Laois PPN member groups was fully booked and highly praised by attendees.

Laois PPN would like to extend their thanks to Alex Kent, Abbeyleix Manor Hotel for hosting on the night and to Rory O’Connor for sharing his story.

Check out some great pictures from Michael Scully below: