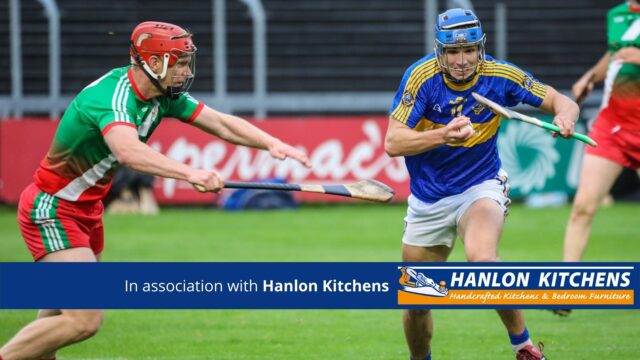 The Laois hurling final should return in all its glory in O’Moore Park this afternoon when neighbours Borris-Kilcotton and Clough-Ballacolla do battle for the Bob O’Keeffe Cup.

In what is a repeat of the 2020 final – which Clough-Ballacolla won by five points with an impressive performance in August – it will be a much different occasion this time round.

Back in August only 200 were permitted to attend, there was no curtain raiser, dressing rooms or marching behind the band.

Today should see O’Moore Park host probably its biggest crowd in over two years and the hurling final generally outstrips its football counterpart.

Ballinakill and Ballyfin play in a tasty first game, the St Joseph’s Accordian band will lead the teams around the field and we should have a right good battle.

For Laois GAA, the return of supporters has been a welcome financial boost too and in 2019, the last final before Covid hit, the hurling final took in over €50,000 in gate receipts.

With a local derby, you can expect skin and hair to be flying on the pitch and equal energy from the stand.

For Clough-Ballacolla it’s a chance to claim a second championship title in under three months and to become known as the team that won Bob twice in the same year.

The complete opposite is the case for Borris-Kilcotton. Being the team that lost two county finals in the one year is not something they want attached to their name.

For a handful of the Clough-Ballacolla starting players – Darren Maher, Michael McEvoy, Willie Hyland and Willie Dunphy – it’s a chance to win a fifth championship medal. All of them were there in their glorious breakthrough year of 2009 and regardless of what happens today will go down in the club’s history as among their greatest servants.

Still, a back-to-back triumph would be sweet and it’s something that has evaded them up to now.

Borris-Kilcotton can only look on that type of medal haul with envy and though they’re playing in their third final in a row and a fourth in six years, the 2016 success still stands alone.

For the club – and their current core group of players that were involved then – they feel they should have more.

Colm Stapleton captains them into battle today and has the chance to follow his brother Brian by climbing the steps of the O’Moore Park stand to accept the trophy.

Can Borris-Kilcotton find the improvement needed to close the gap that was there in August? Who will the heavier ground conditions favour or hinder more?

Can Stapleton and Joe Campion get the better of Aidan Corby and Willie Hyland in the middle of the field? Can the Clough-Ballacolla defence keep PJ Scully, Aaron Dunphy and Neil Foyle relatively quiet?

Or will Picky Maher and Willie Dunphy have too much at the other end and can Robbie Phelan and Jordan Walshe continue their fine form?

Clough-Ballacolla will have to do without the suspended Eoin Doyle (their bid to have the ban overturned was unsuccessful) while Mark Hennessy is again considered doubtful.

For Doyle’s position, they have quality options – with Tom Delaney and Ronan Broderick, both after a long spell on the sidelines, in contention to start their first game of this championship.

Both sides have impressed in this championship and arrive to the final unbeaten. Borris-Kilcotton may have already lost a league and championship final in 2021 but in their last three games they’ve beaten Camross twice and Rathdowney-Errill once. A win over Clough-Ballacolla today would be the final step of a hard-win championship beating all of Laois’s top teams.

Clough-Ballacolla burned it up in the group stages – albeit against weaker opposition – with an average winning margin of 20 points. Beating Rathdowney-Errill comfortably in the semi-final, despite playing all of the second half with 14 men, was notable too. Up to now they’ve been the county’s best team for almost two full seasons. Continuing that form for one more day is their challenge now.

Borris-Kilcotton will look to solve the problems that they couldn’t back in August and the huge hurt of losing that game and will be a factor today.

Games between the two in recent years have been split almost 50-50 (Borris-Kilcotton won knockout meetings in 2018 and 2019 but Clough-Ballacolla won a group clash in 2019 and the 2020 final).

This is arguably the biggest of them all and perhaps Clough-Ballacolla might have just enough to hold what they have.

The game is being live-streamed on Laois GAA TV and can be viewed here. Tickets for the match can be purchased online with Laois GAA.

SEE ALSO – Check out all our pre-match buildup here