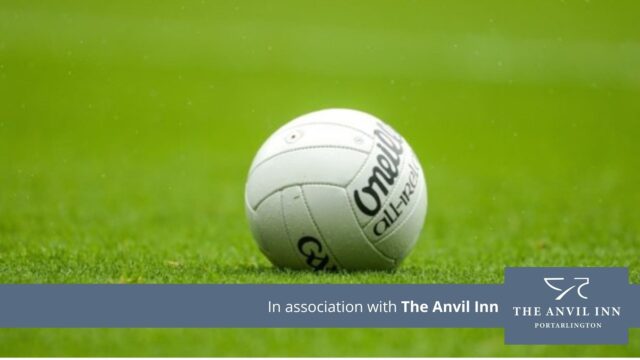 The opening game game of the day in O’Moore Park sees Ballyroan-Abbey’s second team go up against Barrowhouse for the Junior ‘A’ football title.

As an up-and-coming club, Ballyroan-Abbey are in healthy place as a club with strong teams down through the grades and to have a second team in the Junior ‘A’ final is a big achievement.

Having won two of the last three minor titles they bring a young team to today’s final and have had a good year of games.

They were competitive against Park-Ratheniska in the delayed 2020 junior semi-final, won Division 3B of the league comfortably and arrive to this final with four wins on the trot, including against Barrowhouse in a group game back in September, and against last year’s relegated intermediate side Annanough in the semi-final.

There was only a point in it, 1-14 to 2-10, when the sides met eight weeks ago and Barrowhouse have since been impressive with knockout wins over The Heath, Portlaoise and St Joseph’s.

They won this grade back in 2015 when they beat The Heath and, after a couple of challenging years at intermediate, they were relegated in 2018 and didn’t get past the quarter-final of the junior until this year.

Under the management of Sean O’Shea from Arles-Killeen, they had an encouraging league campaign in Division 3A, and have impressed en route to the championship final.

Fergal Murphy, Lee Day and James Baldwin offer a great scoring threat and they’ve a decent defence and a solid goalkeeper in Darragh Phelan who has been involved with Laois underage teams in recent years.

But Ballyroan-Abbey bring a team packed mostly with young players well used to winning county finals at underage level in both hurling and football.

The McWeys, Odhran Delaney, Lawson Obular, Sam Quinn and Stephen Thompson are all fine footballers and have the potential to win this title for Ballyroan for the first time since 1998.

But the lower-grade championship finals often go the way of the first team (Trumera and Ballypickas in hurling and Slieve Bloom in football have all won this year against second-string outfits). Every man, woman and child from Barrowhouse will be in O’Moore Park today and will make a racket in the stand.

If the teams are relatively evenly matched, and it appears they are, then Barrowhouse may scrape over the line.