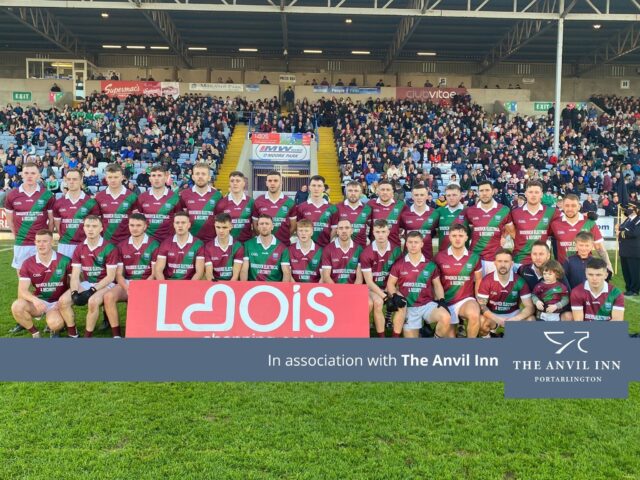 Portarlington are Laois Senior football champions for the second time in three months as they dismantled Portlaoise in O’Moore Park this evening.

Martin Murphy’s charges built up a lead from the start of the game and were never in any danger of being caught.

In the end, they won by 15 points and it didn’t flatter them one bit. They will now go on to face either Garrycastle or St Loman’s of Westmeath in the Leinster quarter final at the start of next month.

The first quarter went by in a flash as the game was played at a ferocious pace right from the whistle.

Portarlington started the better of the two and found themselves six points up after seven minutes.

Colm Murphy, Jake Foster and David Murphy all pointed before a slick move resulted in Adam Ryan smashing the ball into the net.

Portlaoise were rattled but they recovered somewhat thanks to points from Paul Cahillane and Ronan McEvoy by the tenth minute.

However, they would not score again for the entirety of the half as Port ran riot.

Ronan Coffey made it 1-4 to 0-2 at the first water break and it was all one way traffic after that.

Portlaoise’s achilles heel reared its head again as their shooting deserted them – ending the half with ten wides.

Jake Foster added a brace of frees with play resumed and then Colm Murphy slotted a mark after a great pass from Paddy O’Sullivan.

The move of the game then resulted in the game’s second goal. Jake Foster showed Chris Finn a clean pair of heels and fed Adam Ryan who picked out Colm Murphy who’s low shot from close range gave Graham Brody no chance.

That sent Portarlington in 2-7 to 0-2 ahead at half time and firmly in position to claim back-to-back titles.

Portarlington had the opportunity to kill the game after 35 minutes when Paddy O’Sullivan’s run was illegally halted and referee Brendan Hickey awarded a penalty.

Ronan Coffey stepped up to take it, but just as happened in the quarter final against Stradbally, he found the keeper unbeatable as Graham Brody guessed right to thwart him.

Gareth Dillon and Maher pointed again for Portlaoise but Jake Foster’s first from play ensured that Portarlington took a 2-9 to 0-5 lead at the second water break.

And the game was officially over after 48 minutes. Ronan Coffey’s ball split the Portlaoise defence and left Colm Murphy to set up brother David who rammed in a third goal.

Portlaoise replied through Benny Carroll and then Ben Dempsey drew a great save from Scott Osbourne.

Portarlington weren’t finished though and even though they emptied the bench, they still scored a fourth goal when Jake Foster laid it on a plate for Colm Murphy.

That was that and Port were champions again. 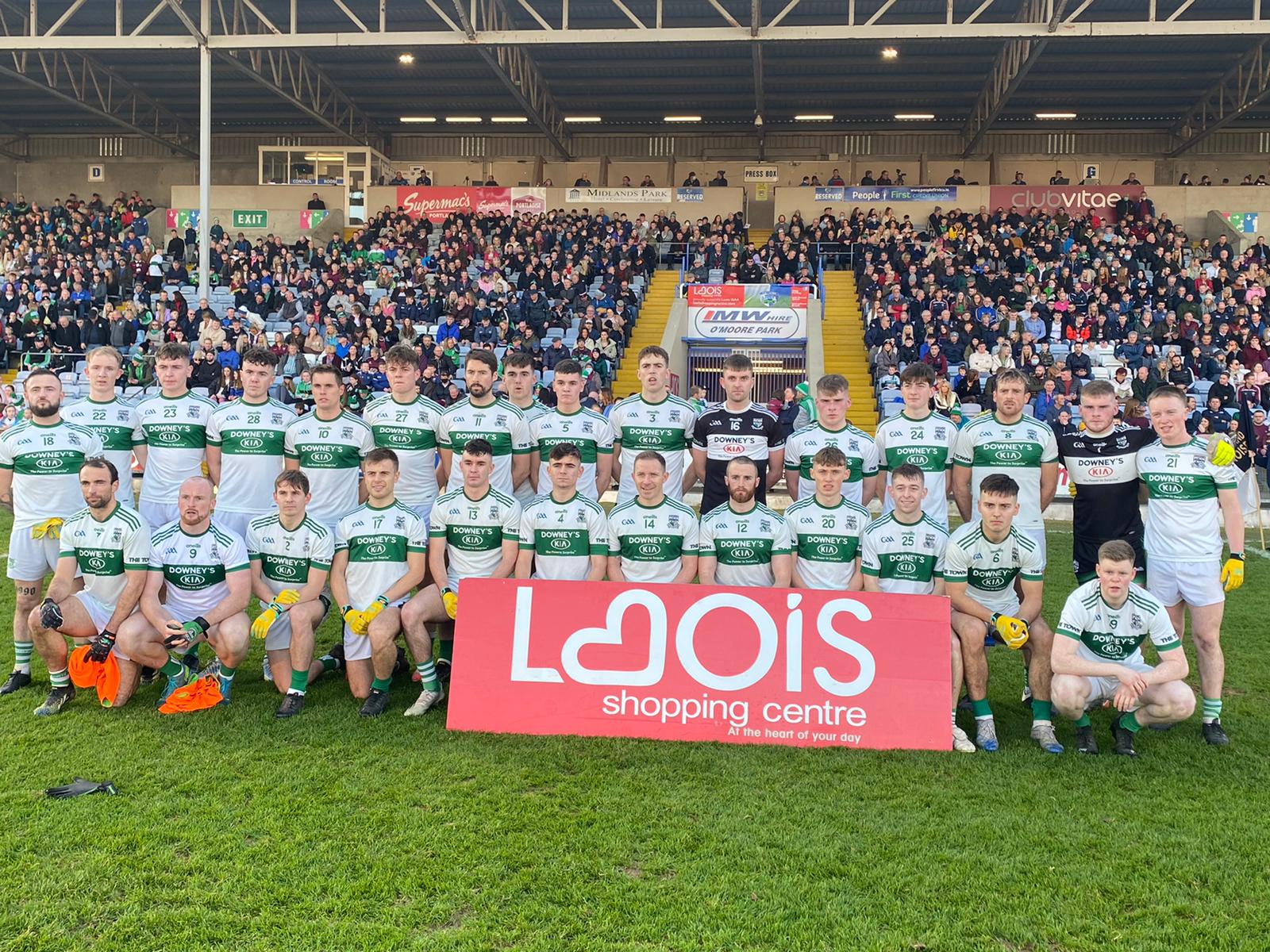