Ballyroan-Abbey are Laois Junior ‘A’ football champions for the first time since 1998 following a dramatic extra time win over Barrowhouse in O’Moore Park.

There had been only one minute signalled but there was still time for one last attack and Ballyroan patiently held possession to set up Brennan – a half time sub – for his fourth point.

That was the last kick of the game and with Barrowhouse fading fast, Ballyroan were dominant in extra time, adding a further 1-5 without reply to run out comfortable winners in the end.

Played in front of a massive crowd of predominantly Barrowhouse supporters, they got on top in the first half with James Baldwin causing all sorts of problems inside.

He kicked three points from play in the opening 30 minutes as well as giving the final pass for a TJ Burke point and for Fergal Murphy’s brilliantly taken goal in the 18th minute.

Burke got two points from play in the first half and Lee Day hit two frees.

For Ballyroan, who trailed 0-6 to 0-3 at the water break, James McWey was outstanding with three classy left-footed points while Alan McWey got two (one free) and the lively Ben McDonald got another.

Barrowhouse led 1-7 to 0-6 at the break but Ballyroan had been causing them problems and had a penalty claim turned down when McDonald was upended in the square and McDonald also saw a goal chance go astray.

The introduction of Liam Delaney and Conor Brennan saw Ballyroan get on top in the third quarter – and Brennan kicked three points in an exceptional third quarter performance. James McWey and Day also exchanged frees. By the second water break, Barrowhouse’s lead was down to a point, 1-8 to 0-10.

Day got a great point from play early the final quarter but with Barrowhouse going defensive, Ballyroan continued to create chances and two from play from James McWey had us level in the 58th minute.

But Barrowhouse went ahead in injury time when Lee Day swung over a free after TJ Burke was fouled. 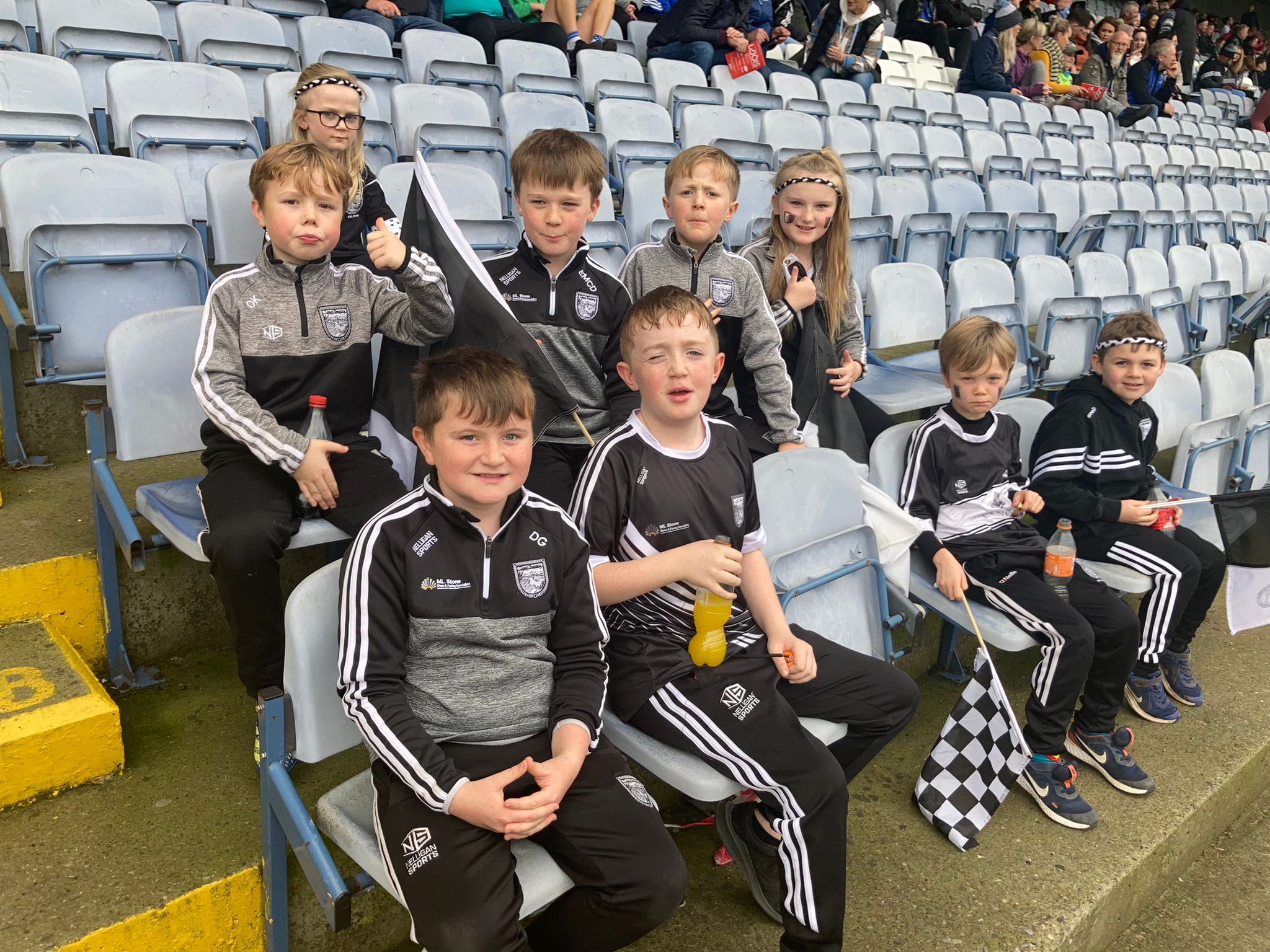 That looked like it would be the winner and the Barrowhouse supporters were ready to celebrate.

There had been only one minute injury time signalled but there was still time for another attack and Ballyroan patiently held possession before finding Conor Brennan who swung over his fourth point with the last kick of the game.

Extra time was a non-event. Barrowhouse had no more to give and were dead on their feet at that stage.

McWey continued to stand out and added two more from play one free while a fortuitous goal had them 1-16 to 1-10 up at half time.

Liam Delaney and Cian Moffitt added points and Dylan Cuddy got a goal.

Ballyroan-Abbey, with a team packed with recent minor championship winners, will play intermediate football with their second team in 2022.