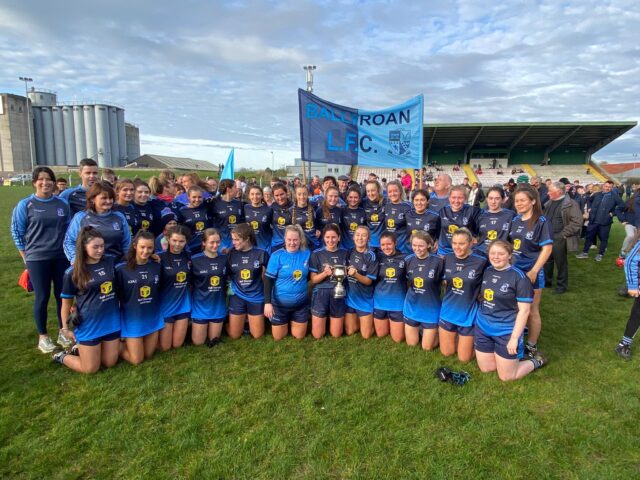 History was made in McCann Park in Portarlington this morning as Ballyroan defeated Graiguecullen to reach the Senior ranks for the first time in their 32-year existence.

Clodagh Dunne, Isabelle McWey and Andrea Moran were particularly dominant while Kate Whelan and Faye McEvoy were the stars of the show.

McEvoy, who is still U-16, drove the team forward from midfield and finished with four points from play.

While Kate Whelan top scored on the day with 1-5 and was a constant threat.

Graiguecullen, who were Junior champions last September, kept going right to the end but they just couldn’t match the firepower that their opponents possessed.

Ballyroan made a brilliant start as they struck for a goal in the opening minute.

She added two frees after that and a great point from play with Eimear Mooney also getting in on the scoring act.

Graiguecullen were set up defensively to limit Ballyroan’s attacking threat and while the likes of Jade Nolan and Georgina Donovan had success in this – it did limit their ability to attack.

The best they mustered in the opening quarter was Kelly O’Neill free which came back off the upright to leave Ballyroan 1-4 to 0-0 ahead at the first water break.

Graiguecullen once again hit the upright in the second quarter with Lauren Walsh the unlucky player this time.

The excellent midfield duo of Faye McEvoy and Andrea Moran added to Ballyroan’s lead as they took a 1-6 to 0-0 advantage at half time.

Graiguecullen abandoned their sweeper system at half time and it instantly yielded a score through Rachel Doyle.

Kate Whelan replied for Ballyroan but they then had to be thankful to their keeper Aoife Mullins who pulled off two stunning saves in a matter of minutes.

The first came from point blank range from a Mary Ann O’Neill shot after Kelly O’Neill’s effort had come back off the crossbar.

And then a searing run for Kerrie Smith saw her unleash a thunderbolt that Mullins sprung across her goal to thwart.

Ballyroan weathered that storm though as Kate Whelan pointed with Faye McEvoy scoring twice to leave it 1-10 to 0-1 at the second water break.

McEvoy added another point in the final quarter as both sides made several changes which left the game disjointed.

Two late Kelly O’Neill points showed how Graiguecullen kept going until the end but there was no denying Ballyroan. 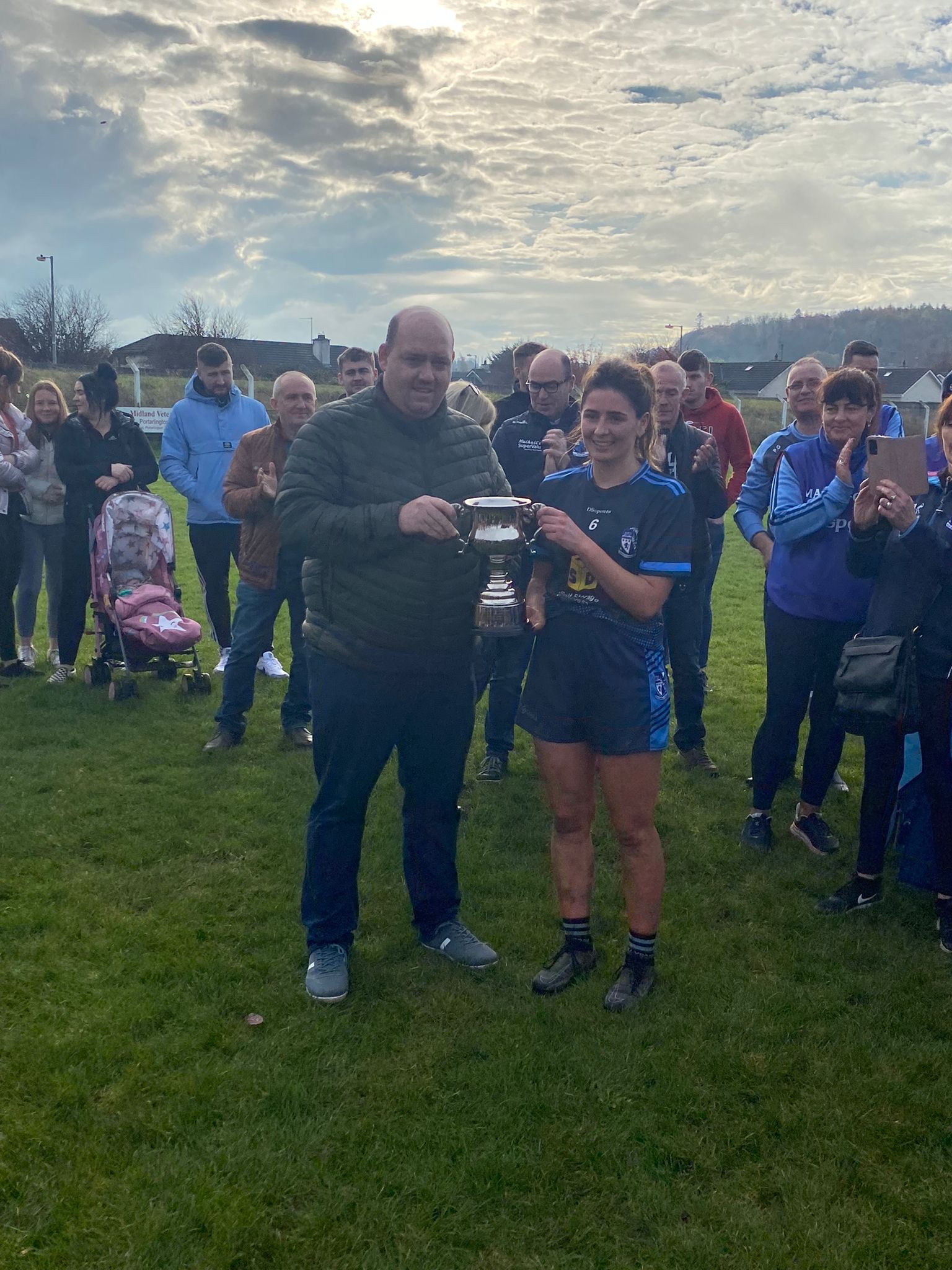