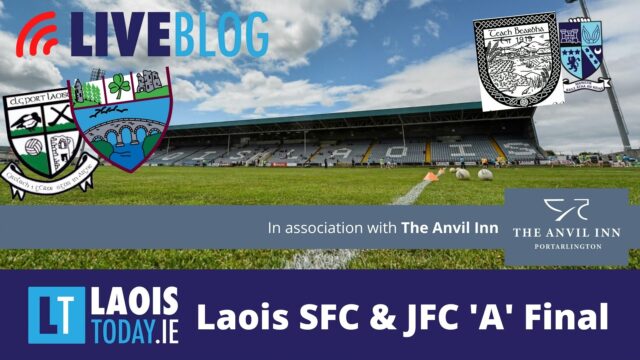 The curtain comes down on the Laois adult club football calendar today with the Senior and Junior ‘A’ football finals down for decision.

A month later than usual due to Covid disrupting the season, it will be a big occasion for the four clubs involved and chasing glory.

Ballyroan-Abbey’s second team and Barrowhouse meet in the curtain raiser at 1.30pm in the Junior ‘A’ final.

Ballyroan-Abbey won the group game between the two back in September but there was only a point in it and another close contest is expected.

At 3.30pm, we have the big one. Champions Portarlington against Laois’s most successful club Portlaoise in the senior final.

Portarlington are favourites but Portlaoise come in on the back of a massive win over Ballyroan-Abbey in the semi-final.

It makes for a great contest.

And we’ll have all of the updates as they happen in our Live Blog below.