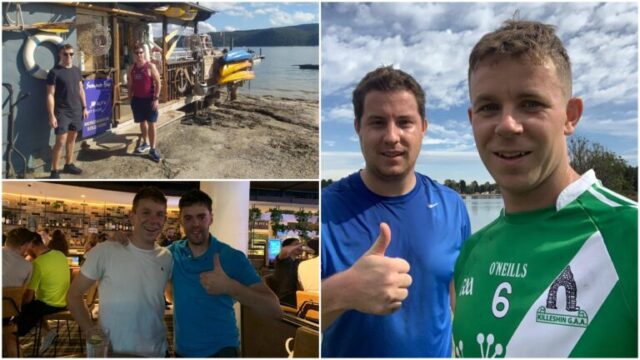 Four Laois lads are set to get on their bikes on the opposite side of the world once again in aid of the Irish Motor Neurone Disease Association.

Former Laois senior football captain Stephen Attride, along with Graiguecullen twins Conor and James O’Regan and St Joseph’s Michael Byrne, are all set to embark on the remarkable feat this weekend.

The quartet will join 18 others and embark on cycle 100k from Sydney to Wollongong in Australia on November 20 in aid of IMNDA.

Since the fundraiser went live, the group have already raised almost €6,000 and hope to get more before the end of the weekend.

But with Covid-19, the cycle could not take place this year in Ireland once again so the lads have kept it going in Australia.

Stephen said: “The IMNDA provide vital support to approximately 400 people in Ireland who have motor neurone disease, support that patients and families would otherwise not be able to receive. Over 80 percent of IMNDA income comes from fundraising.

“Motor Neurone Disease is a life-changing illness and the IMNDA are dedicated to making each change as smooth as possible for all those directly or indirectly living with it.

“At this time many charities continue to experience severe financial hardship due to the cancellation of fundraising events, and this is undermining their ability to support vulnerable beneficiaries.

“Over 80 percent of IMNDA income comes from fundraising. Any donations, big or small, are greatly appreciated.

“All support would be greatly appreciated and all funds raised will be going directly to the IMNDA.”

Stephen says the IMNDA were a huge support to his dad and his family.

Mark was an avid cyclist and Stephen says it will be great to keep his memory alive while also raising funds for such a great organisation by undertaking this 100 kilometre cycle.

Anyone wishing to donate to the fundraiser can do so by clicking here.