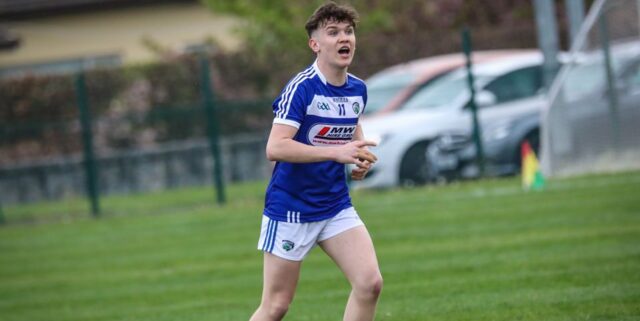 Colin Dunne was to the fore as Na Fianna Og reached the final of the U-20 ‘B’ championship last night.

The amalgamated side, consisting of Arles-Kilcruise, Arles-Killeen, Barrowhouse and Crettyard, had too much for Rosenallis in the Centre of Excellence.

They led by 0-6 to 0-1 at the first water break and the lead was ten points by half time.

Charlie Friel led the line for Rosenallis and top scored for them on the night.

But Colin Dunne and Kodi Dunne rattled the net in the second half to leave the outcome in no doubt.

After big wins over Rosenallis and Ballylinan, Na Fianna Og will go into the final as favourites.

They will face the winners of The Heath and Killeshin – who play on Saturday – in the final which is scheduled for Friday November 26.