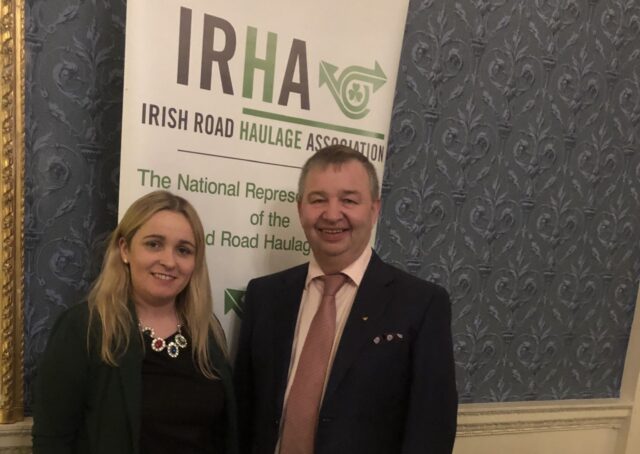 Independent TD for Laois-Offaly Carol Nolan has called on the Taoiseach, Micheál Martin, to urgently revise the Fuel Rebate Scheme.

This, she says, is in order to provide a level competitive playing field for Irish road hauliers and logistics suppliers.

Deputy Nolan was speaking in the Dáil during questions on promised legislation.

She said: “The Programme for Government provides an explicit commitment to implement a 10-year strategy for the haulage sector and to help the sector move to a low-carbon future.

“Unfortunately, the exact opposite is happening, and this is down to a number of government policies that are penalising hauliers rather than supporting them.

“Why is it for example that the maximum repayable rebate here in Ireland is 7.5 cent per litre while in France it is a 19 cent rebate and 23.5 in Belgium.

“This not only places Irish hauliers at a distinct competitive disadvantage, but it also undermines the future economic viability of the sector.

“Another issue I will be raising with government is the need to offer supports to hauliers so that 45% of the national haulage fleet can be upgraded to Euro 6 engine specifications which have a proven capacity to substantially reduce emissions levels.

“To recognise the impact this could have we should remember that on average haulage trucks use approx 1500 litres of fuel per week, which is more than what a house burns in a year.

“Yet no support to help reduce the fuel burnt or to improve the emissions from such consumption exists.

“Upgrading the fleet to Euro 6 specifications would cost a mere €108 million.

“This is a pittance when seen in terms of the 35 billion cost associated with retrofitting homes.”