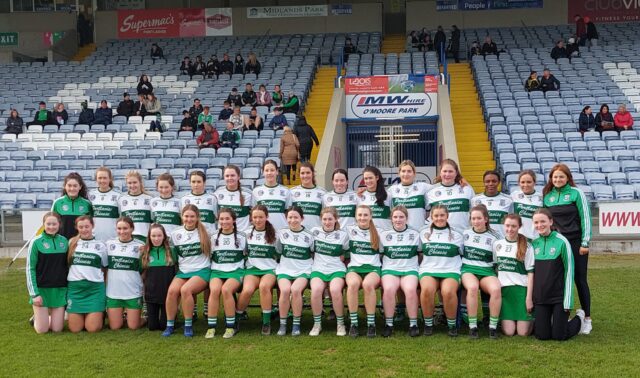 Portloaise’s flying start would be the deciding factor as they claimed a seven point victory and two Junior Championships in a row.

They got off to a great start as they flew into a six points to no score lead inside the opening 20 minutes.

Tara Byrne pointed under pressure before Susie Delaney hit the next three points.

Camross were really struggling in midfield with Grainne O’Reilly picking up all the breaks and Courntey Lally was needed to repel Tara Byrne’s shot on goal in the 18th minute.

Amy Byrne got the point of the day going backwards on the 45 as the sides went in 0-6 to no score at the waterbreak.

A big response was needed from Camross and they got just that as good pressure from their forwards forced a free which Laura Drennan tapped over.

Áine Cuddy then won the resulting puckout and sent it in high. Aisling McAuley misread the bounce and Tara Lowry pounced and unleashed a bullet to the back of the net.

To their credit Portlaoise didn’t panic and Susie Delaney popped over the next two points.

Laura Drennan and Delaney swapped frees in the final minute as Portlaoise went in 0-8 to 1-2 infront.

The second half was much more equally balanced than the first but Portloaise did stretch their lead through Delaney but Camross roared back into the game once more.

Louise Bergin sent in a great pass to Áine Cuddy and she flicked the ball past the oncoming keeper.

Moments later Cuddy took a great handpass off the shoulder of Tara Lowry and she blasted just over the crossbar to level preceedings for the first time.

The game was in full flow now as Portloaise’s Rebecca Reddin flew last several defenders and was hauled down for a penalty.

Up sepped Susie Delaney but Courtney Lally came to the rescue and saved Delaney’s shot.

However, Delaney popped over two frees in succession as Portloaise led by two at the second water break.

Camross came out of the traps fast but struggled for scores as Sarah Fleming and Aoibhe O’Brien absorbed fierce Camross pressure.

Camorss would rue this period of dominance as with the game in the balance on the 49th minute Player of The Match Susie Delaney jinked past two players and slotted the sliotar low into the corner of the net.

This gave Portloaise a five point lead and they continued to see the game out with points from Shauna Dooley and two more Delaney frees.

Delaney converted her eleventh point just on full-time to give Portlaoise a well deserved seven point margin of victory. 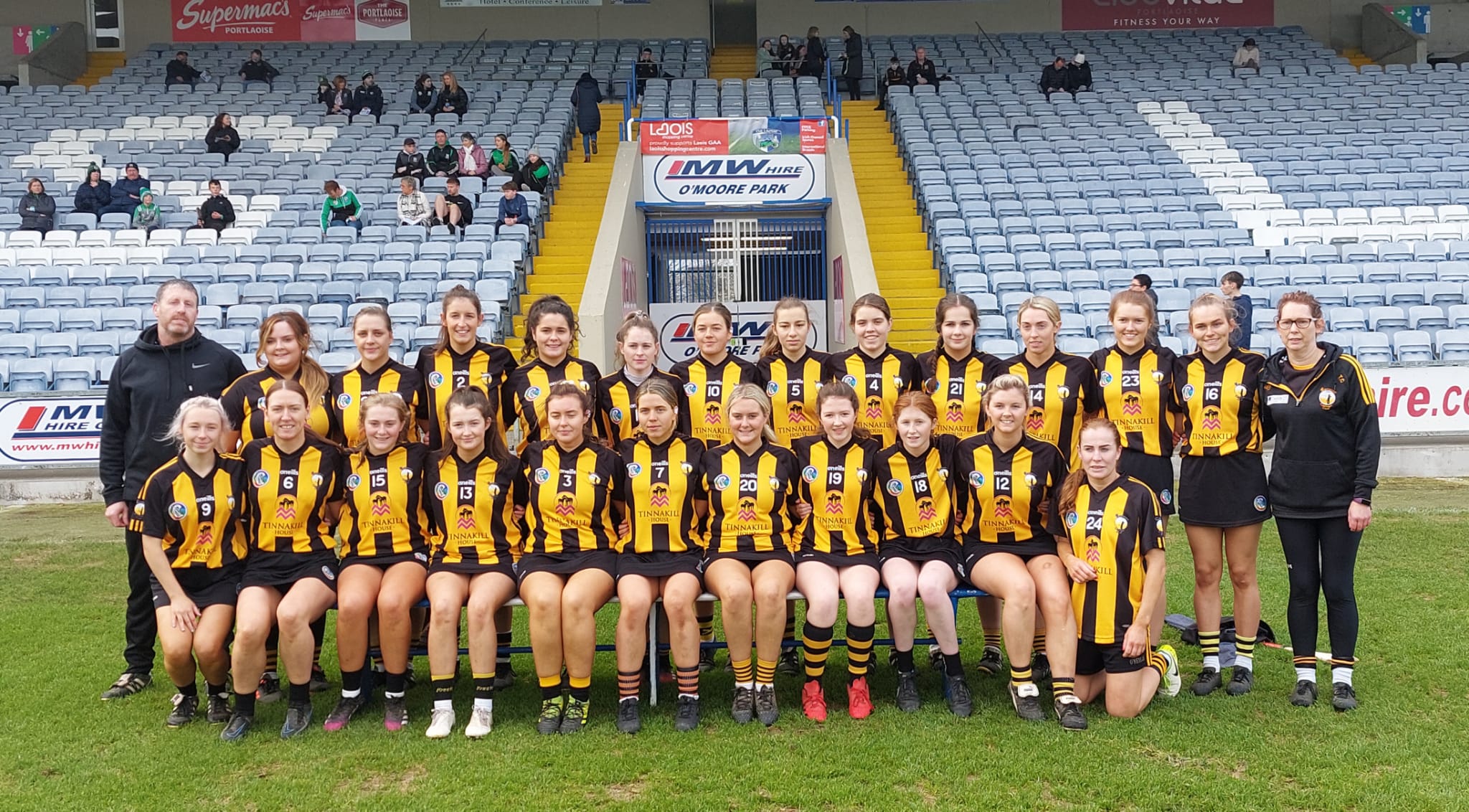 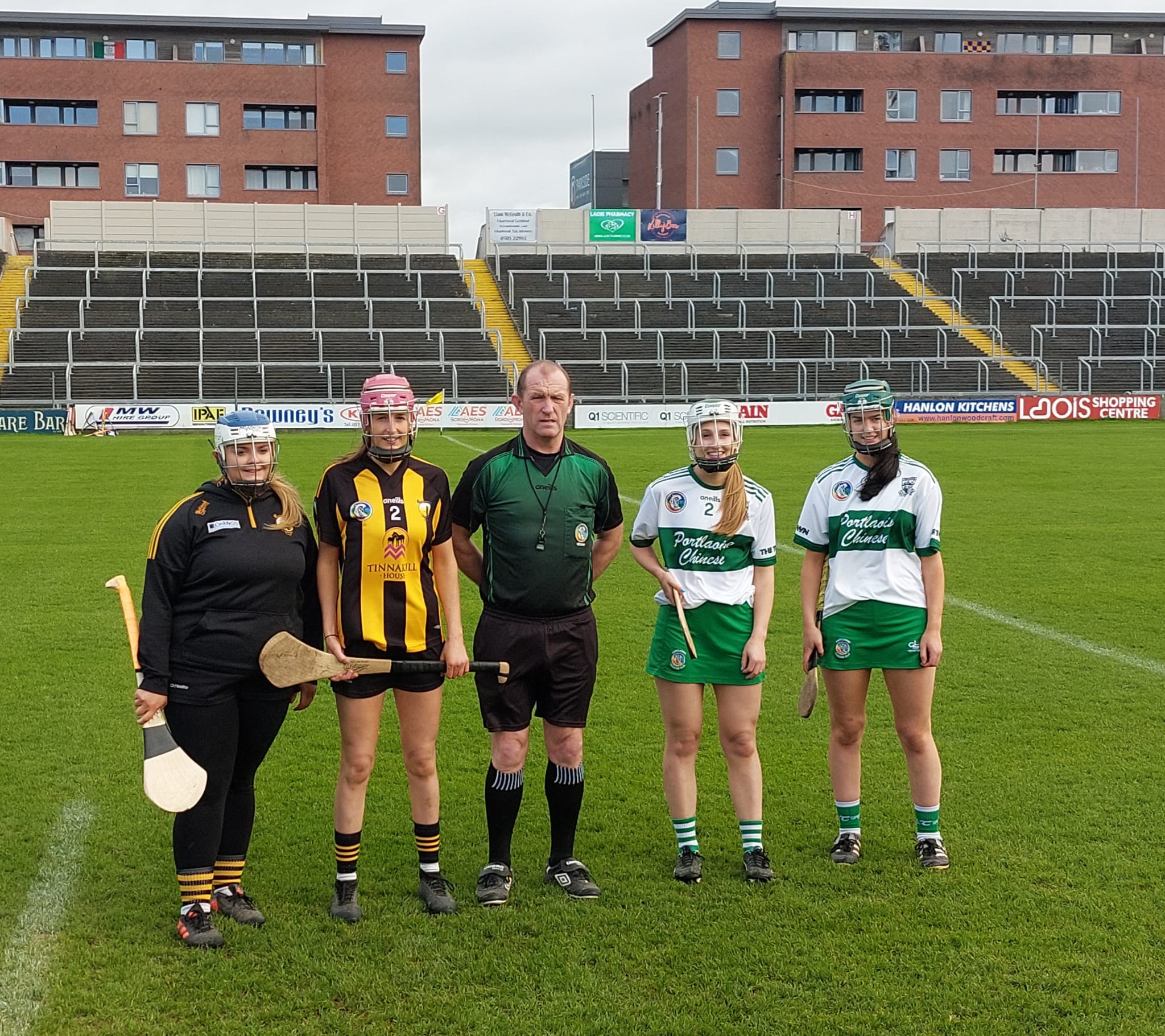