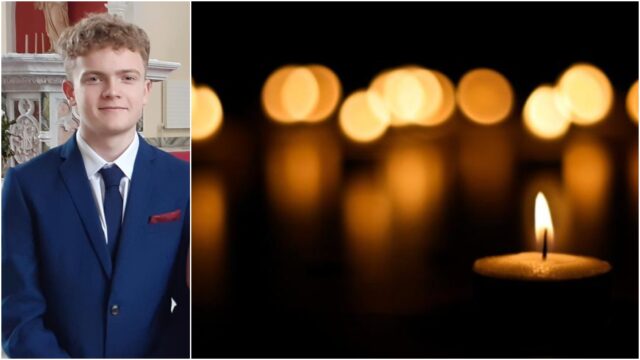 A fundraiser aimed at covering funeral costs for the family of a young Laois man has seen donations of more than €11,000 flood in in less than 24 hours.

19-year-old Daragh Lee, from Mountmellick, was the pedestrian killed in Saturday’s traffic accident on the N80 between Portlaoise and Mountmellick.

The Lee family are widely regarded in Mountmellick and Darragh was a past pupil of Mountmellick Community School.

On Sunday, Josh Byrne from Mountmellick launched a GoFundMe page where he hoped people could ‘ease the already massive load on his family by covering some of the funeral costs’.

Originally from Crumlin in Dublin, a number of the extended Lee family had been living in Mountmellick for a number of years and are deeply embedded in the local community.

Daragh, who was a massive Shamrock Rovers support, played underage soccer and football in Mountmellick and his dad Mark is well-known on the local scene as an underage referee with the Midlands Schoolboy League.

Along with his dad, Daragh had attended Tallaght Stadium on Friday to see his beloved Shamrock Rovers claim the Premier Division title.

The club have paid a heartfelt tribute to Darragh.

They said: “All at Shamrock Rovers F.C. express deepest sympathies to the family and friends of Daragh Lee who was tragically killed on Saturday morning.

“Daragh was only 19 years of age and had been at Tallaght Stadium celebrating the league win in the South Stand with his dad.

“From Mountmellick, Daragh had been following the Hoops since he was a young boy. He will be sadly missed by his many friends at the club.”

Funeral details will be announced later and anyone wishing to contribute to the fundraiser can do so below:

SEE ALSO – In Pictures: Laois lads to the fore in Australian fundraising cycle as over €13,000 raised for Irish Motor Neurone Disease Association