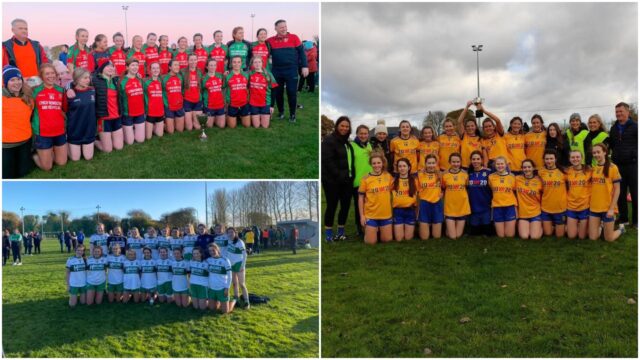 It was a triple header on the day as the ‘A’, ‘B’ and ‘C’ finals were down for decision.

The day ended with the A final as Timahoe were crowned winners.

They were pushed all the way by Graiguecullen with the tie only really decided in the closing stages thanks to two late Timahoe goals.

Donoghue’s second goal, via a penalty, when play resumed levelled matters and set up a humdinger of a contest from there.

Graiguecullen continued to attack in waves but Sarah Tuohy, playing as a sweeper, mopped up loose ball and snuffed out countless attacks which helped keep them at bay.

Sinead Goode gave Timahoe the lead with her first goal of the encounter and then Donoghue completed her hat-trick.

Graiguecullen replied with a goal to put four points between the teams as we headed for injury time.

But with basically the final kick, the excellent Hennessy intercepted a Graiguecullen kick-out and charged towards the goal.

Her shot cannoned off the crossbar but Goode was on hand to tap home the rebound and settle the game.

Earlier in the day, Portlaoise were crowned Minor ‘B’ champions after defeating Park-Ratheniska.

While St Joseph’s proved too strong for St Paul’s in the ‘C’ final.

Check out the teams, scorelines and pictures from the games below: 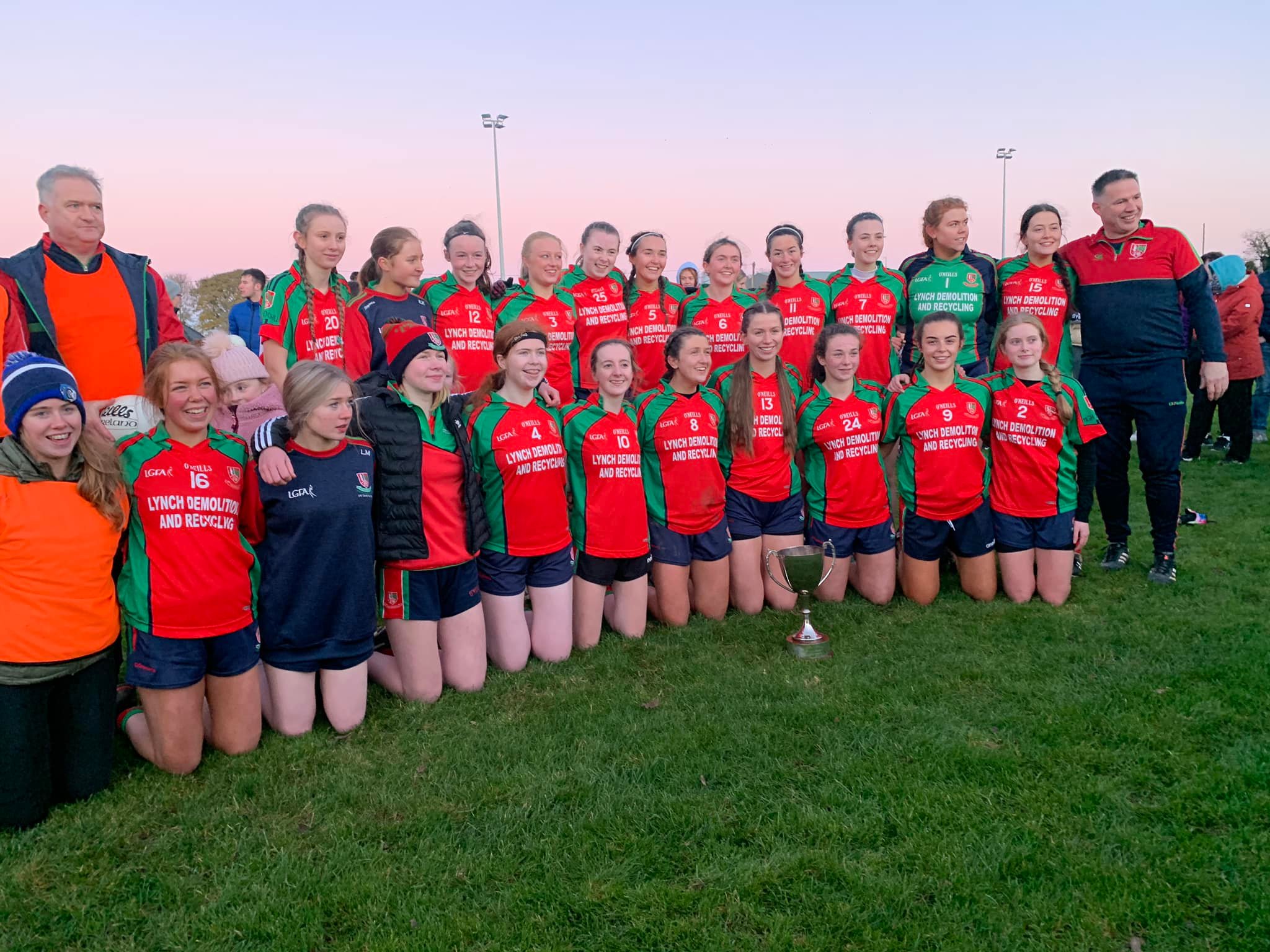 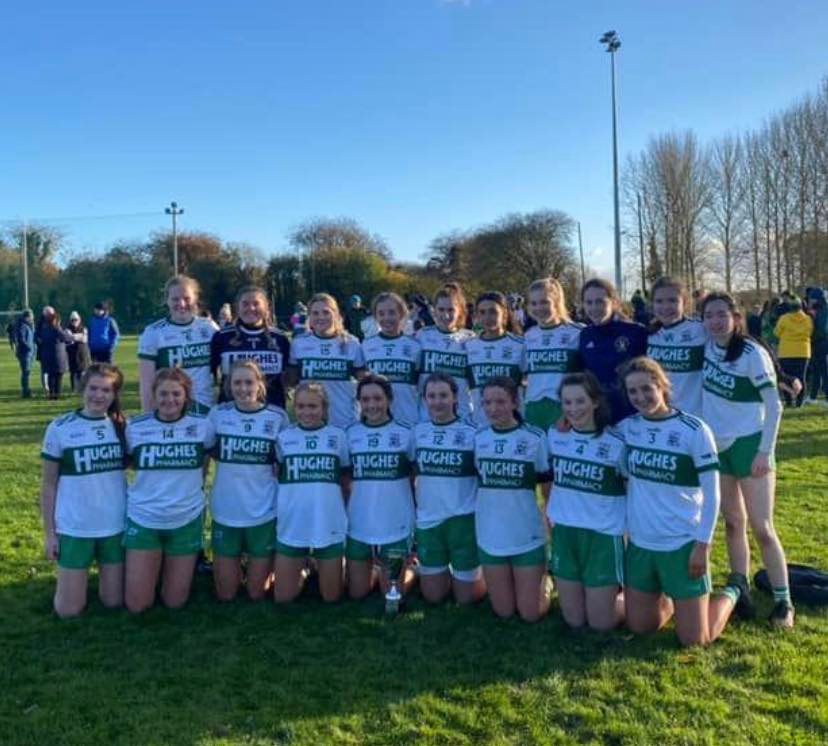 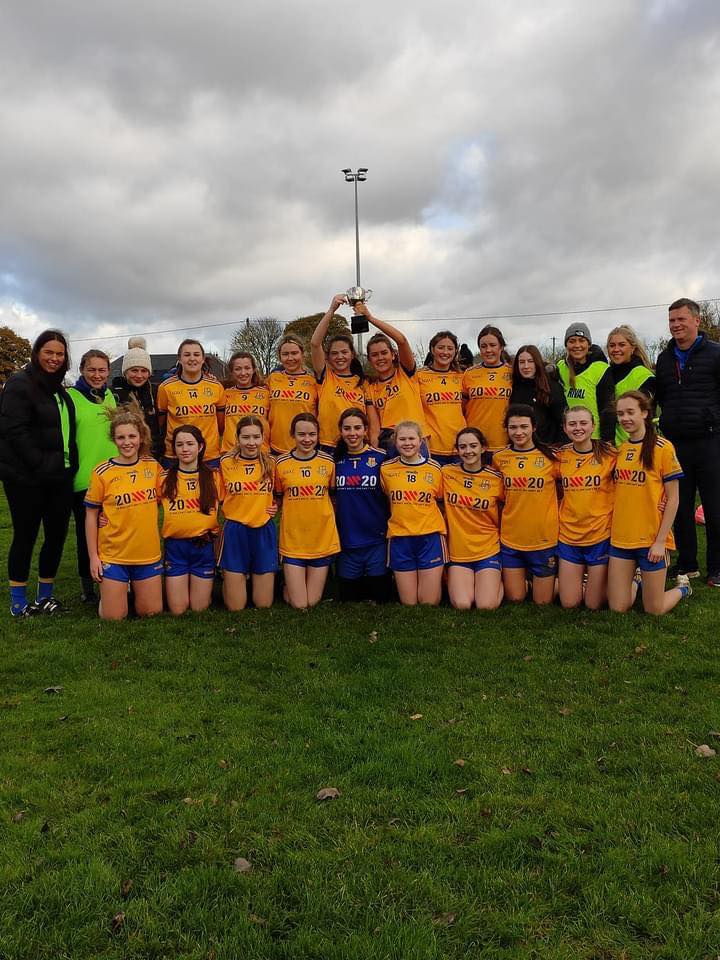