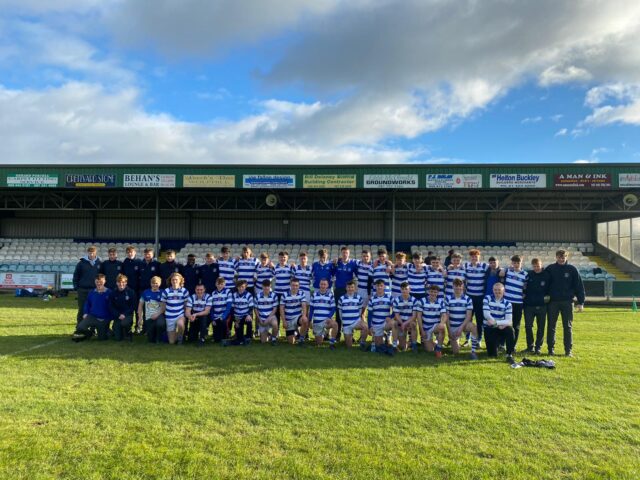 Knockbeg College face an anxious wait to see if they will qualify for the knock-out stages of this year’s Leinster School’s Championship following a narrow defeat to Clane today.

The Laois school led for much of this afternoon’s encounter but were just pipped at the end and lost by three points.

The defeat means that Knockbeg lie second in the group with two points and a -1 points difference.

The two Kildare schools meet in Round 3 and the outcome of that game will determine which two teams progress.

A win for Clane or a draw will send Knockbeg through alongside the team that defeated them today.

If Patrician Newbridge win by two, three or four points, then Knockbeg will be eliminated on points difference.

But if Newbridge win by five or more, then Knockbeg will finished ahead of Clane on points difference.

On today’s game, Knockbeg made a blistering start and found themselves seven points clear early on.

Stradbally’s Cillian Maher contributed 1-2 as they built up a 1-4 to no score lead.

Clane began to fightback but Knockbeg held a 1-9 to 0-6 lead at the break – with Colin Dunne and Oisin Hooney lodging over points.

However, they could only manage one more point in the second half as their hosts got on top.

The game was level with five minutes to play but Clane sent over a series of late scores to win by three in the end.