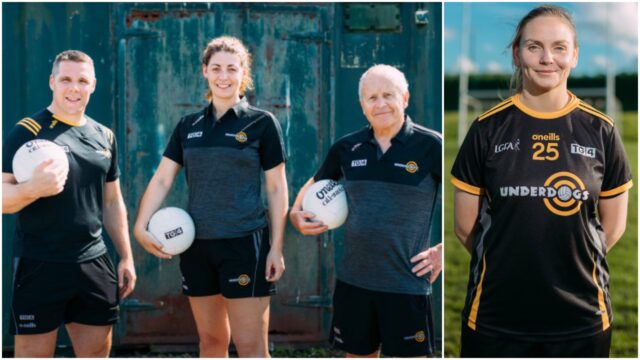 A Laois player will start for The Underdogs as the latest season of the TG4 reality TV show concludes this weekend.

Cassie Dunne, who hails from Emo, is in the starting 15 for Saturday’s clash with All-Ireland Ladies champions Meath.

Cassie was part of the St Paul’s team which claimed Laois Junior glory back in 2018.

For the last six weeks, Cassie has appeared on the TV show and she will start in the big game against Meath.

Tickets for the game can be had at www.tg4.ie/underdogs.

The game will also be shown on TG4 at 7.30pm on Saturday evening just after the last episode of the Underdogs airs at 5.55pm which shows the moment Cassie was picked for the starting 15.

The Underdogs is a unique group of players, from different LGFA clubs all across the country.

These footballers have never played at junior, intermediate or senior inter-county championship level before.

Over the last few weeks we have seen the players’ trials and training and listened to them tell their own stories on the Underdogs series on TG4.

Now, after 6 months of preparation and intense training, they are ready to take on TG4 All-Ireland Senior champions Meath.

Emo GAA wished Cassie all the best for the weekend ahead.

They said: “Everyone here at Emo GAA would like to congratulate our own and St Paul’s Ladies Cassie Dunne on making the starting 15 on TG4’s Underdogs.

“It has been great watching Cassie each week on TG4 as she showed her true passion for the game.

“This is a fantastic achievement being picked from 100s of girls from all over the country.

“We wish Cassie and the team all the very best on Saturday.”