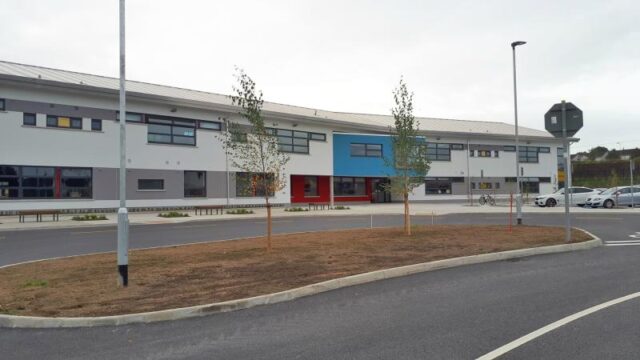 Something needs to be done to improve road safety at Scoil Bhride in Portlaoise before there’s a fatality.

So said Cllr Caroline Dwane Stanley at the recent meeting of the Portlaoise Municipal District. She called on Laois County Council to carry out a road safety audit at the school in Knockmay and also at the entrances to the estate.

Cllr Dwane-Stanley said: “It’s one of the largest primary schools in Laois with over 800 children in a built-up area.

“There are lots of problems with traffic parking on the road at the set-down area for buses.

“No one can drive in and everyone is dropped at the gates. It’s absolutely chaotic.”

She said that, over the years, different measures had been put in place at other locations, such as bollards in Parnell Crescent and Clonroosk.

“People are parking up on residents’ drives and the residents can’t get access to their own homes. Something needs to be done before there’s a fatality.”

Supporting the motion, Cllr Catherine Fitzgerald said the audit is badly needed and the problem is caused by “drivers’ manners”.

“We have to think of the safety of children,” said Cllr Fitzgerald.

Also supporting the motion, Cllr Noel Tuohy said that schools have to be at the top of the council’s priorities.

Senior executive engineer Wes Wilkinson said that the council will shortly proceed to tender to carry out a road safety audit at this location.

He confirmed that the safety audit will take place in late February/early March next year.