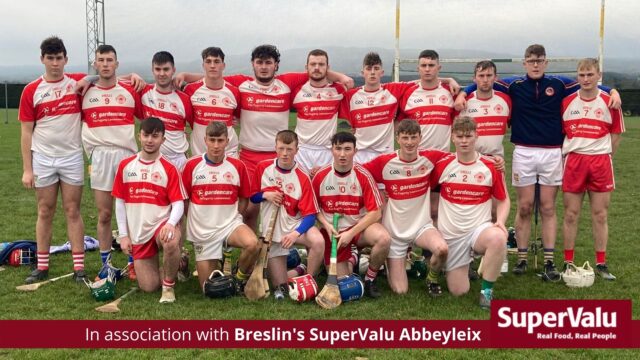 The combined outfit of Raheen Parish Gaels claimed the Laois U-20 ‘B’ hurling championship title in Ratheniska this afternoon when they proved too strong for Portlaoise.

Comprised of Trumera, Clonad and Colt-Shanahoe, they led from start to finish and were eight-point winners in the end. Indeed it could have been more as they shot 15 wides in total and never looked in any danger after captain Dylan Cuddy scored a goal early in the second half.

Having played with the wind in the opening half, Raheen Parish Gaels led 0-7 to 0-2 at the break and Cuddy’s goal gave them a nice cushion two minutes after the restart.

A second goal from direct from a Finian Cuddy sideline cut – though Paddy Hosey may well have got a touch – had them ten up at the second water break and one hand firmly on the trophy.

Played on a heavy surface with a wind blowing directly down the pitch from the dressing room end, Raheen Parish Gaels were 0-4 to 0-1 up after eight minutes, although the lively Eddie Critchley did get the game’s first point.

Adam Kirwan, Conor Goode, Paddy Hosey and Dylan Cuddy all pointed from play for Raheen Parish Gaels in that period with Portlaoise responding with a nice point from Ben Brennan. At the first water break it was 0-4 to 0-2.

We went a long spell without a score in the second quarter before a Kirwan free in the 27th minute (their first in 19 minutes) put Raheen Parish Gaels three up and Kirwan then struck two more very good frees before the break to leave it 0-7 to 0-2.

With the wind at their backs, Portlaoise weren’t out of contention going into the second half but the game got beyond them when Dylan Cuddy got in for a goal.

They did hit back with points from DJ White and Sam Birrane but a Paddy Hosey point from play followed by the second goal really settled it.

Finian Cuddy, who was in goals for the Trumera team that won this year’s intermediate hurling title, struck a brilliant sideline cut that, to our eyes, went straight to the net. Hosey may well have applied the finish but there’s no Disputed Goals Commission in Laois hurling and Kirwan gets the credit!

To make things worse for Portlaoise, goalkeeper Kevin Swayne got injured in the process and had to be replaced.

Portlaoise captain Niall Carey did pull back a goal for The Town after an initial shot from DJ White was saved but Raheen Parish Gaels were in control and Finian Cuddy clipped over an excellent sideline cut to round out the scoring.

Many of the Portlaoise players will be back in action next Saturday in the U-20 ‘A’ football final against Ballyroan-Abbey. 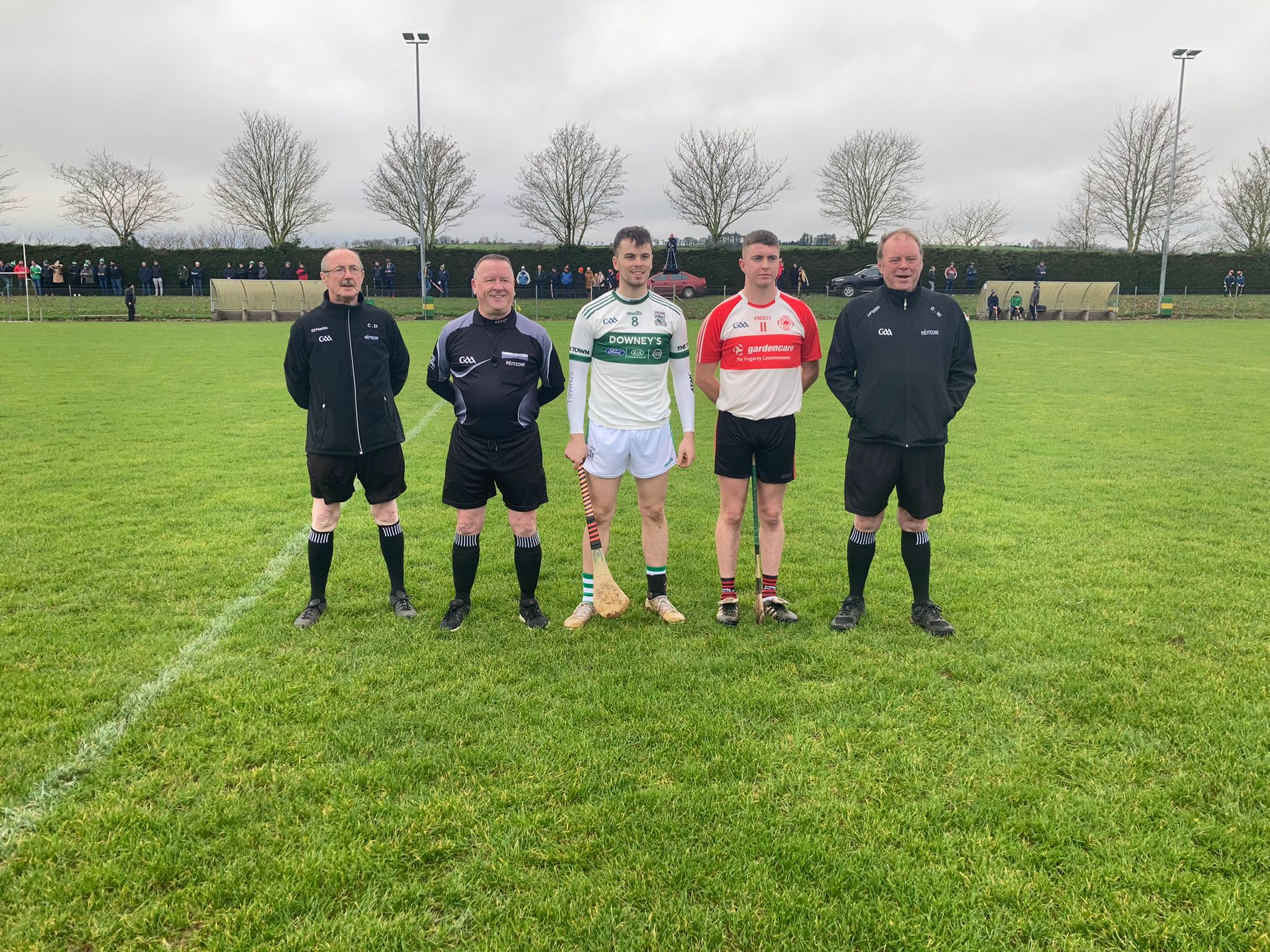