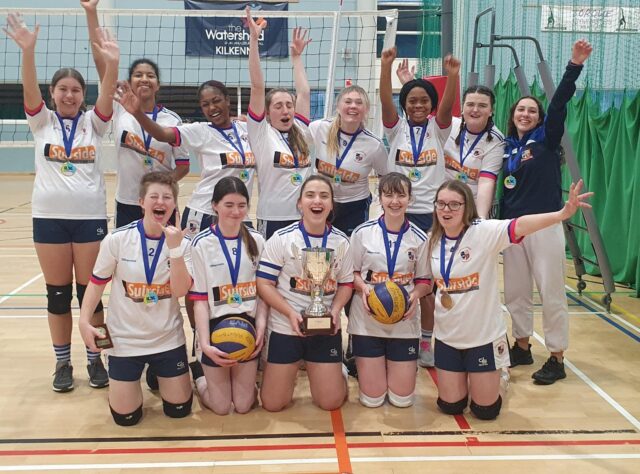 Almost eight years to the day that Portlaoise College won their first ever All-Ireland crown, a new batch of Volleyballers were making history of their own in Kilkenny yesterday.

12 teams from all around the county had qualified for the blitz but it was Portlaoise College who were left standing tallest at the end of the day.

The early rounds were on a group basis with Portlaoise comfortably beating Coachford College Cork and Loreto Crumlin with Melissa Donnelly and Divine Samuel’s jump-serves a stand out feature of both games.

The final group game was a closer call with Presentation Kilkenny providing a sterner test but with Lisa Picard and Lucy Grace controlling matters as setters for Portlaoise College, they advanced unbeaten 25-17.

This set up a mouth-watering semi final with the 2019 champions Elphin of Roscommon. Elphin had beaten neighbours Mountrath CS in the quarter final.

In a game that was very evenly matched, Aishat Shitta stepped up to serve five points at a crucial time and lead Portlaoise to victory by the narrowest of margins – 26 to 24.

In the final, Portlaoise faced St Leo’s College Carlow in a best of three set decider.

The early stages of the final were very close but Portlaoise crept ahead with Divine Samuel and Lisa Picard in fine form.

The second set was dominated early by Portlaoise with Kinga Siddique and MVP for the day Lucy Grace dictating play.

However, St. Leo’s fought back to tie the set at 24-24. A timely time-out by coaches Ollie Hally and Fiona Kelly helped settle the nerves and Portlaoise claimed the title with the final score fittingly coming from the only 6th year on the panel – Tamzin Murphy.

After the game, captain fantastic Lisa Picard accepted the cup on behalf of her teammates while Lucy Grace was awarded the honour of Most Valuable Player.

A large part of the praise too must also go to exchange student Sabrina Longo, who, despite being ineligible for the competition helped raise the standard of training every week. 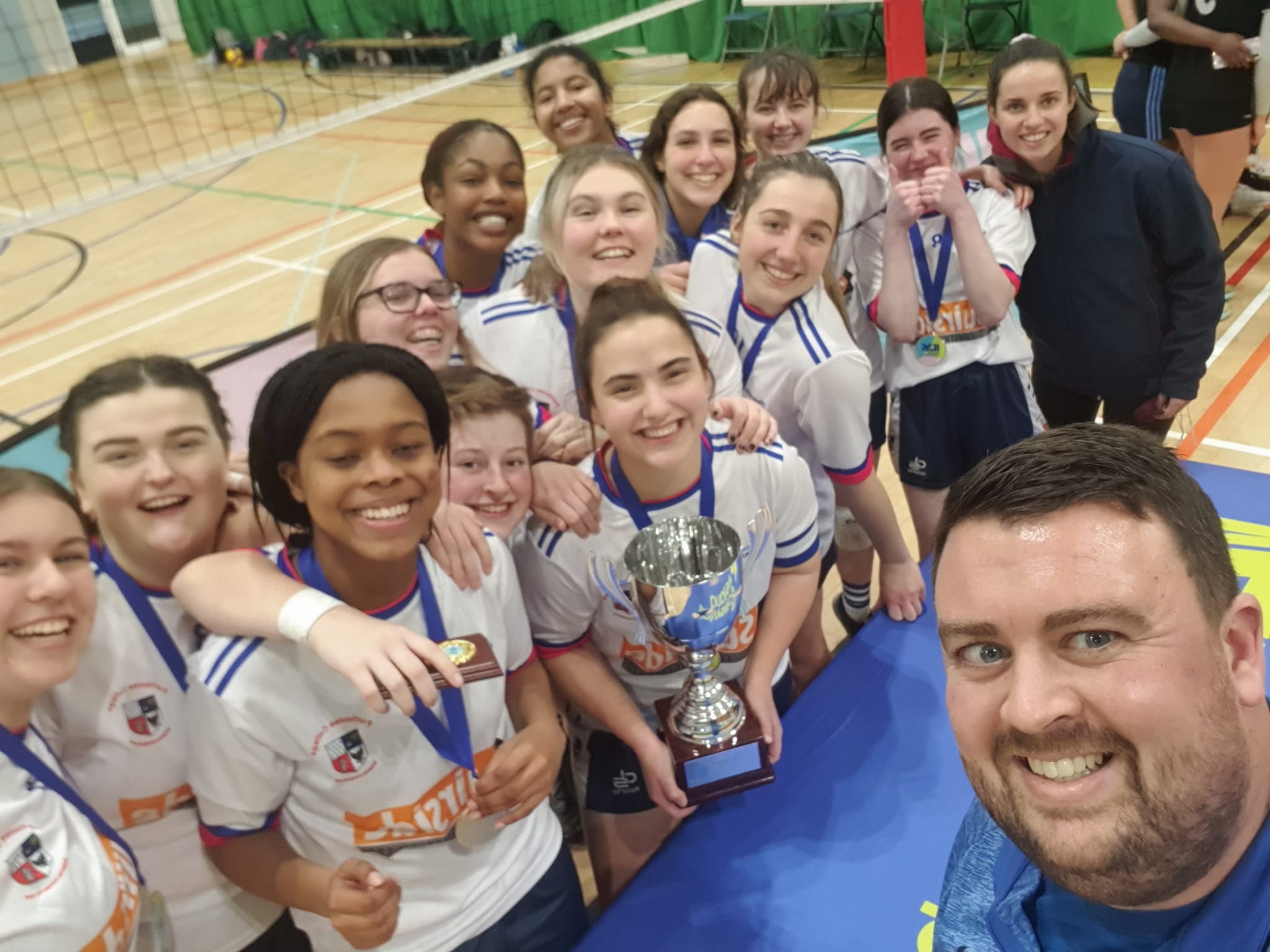 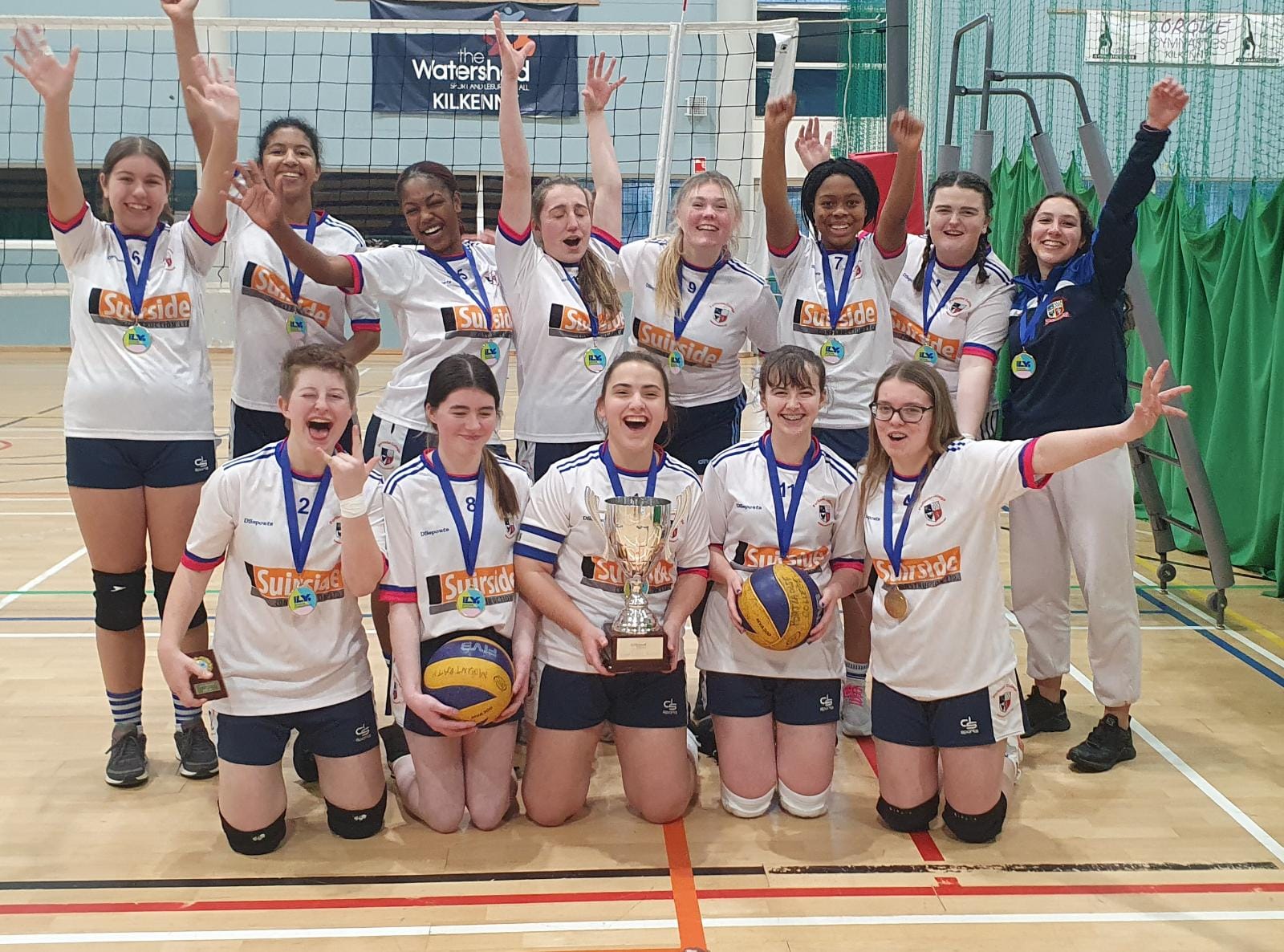 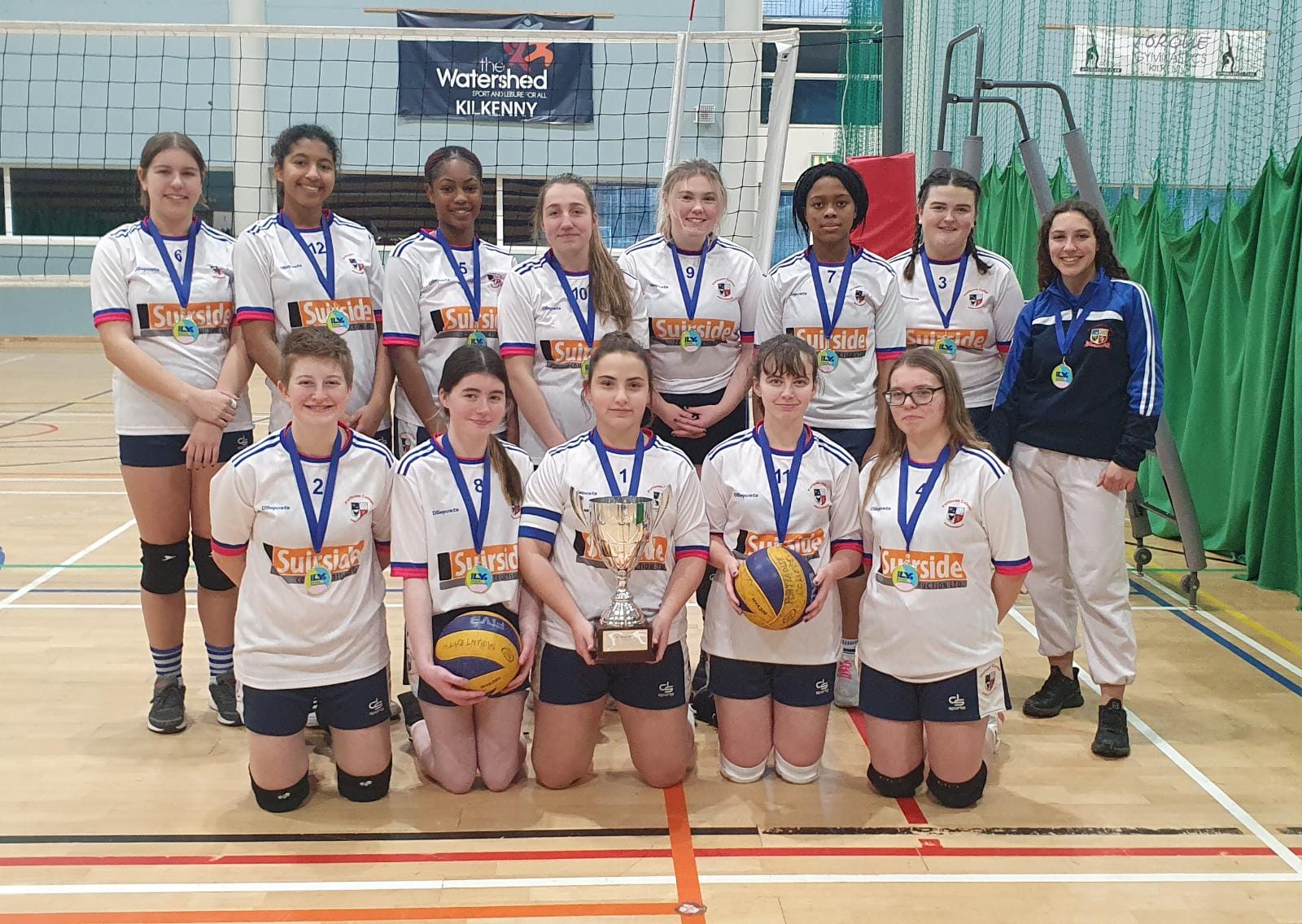