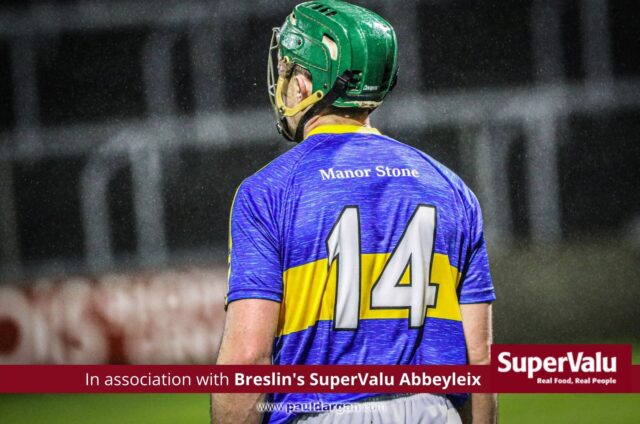 Croke Park may be a theatre of dreams of sorts but it’s an unforgiving place too.

And Clough-Ballacolla found that out the hard way today when they went down to Ballyhale Shamrocks, the most successful club team of all time, in the Leinster final.

The Kilkenny champions showed their ruthless streak by hitting six goals over the course of the hour to run out comfortable winners and claim their 11th Leinster title.

Ballacolla, having only won their first Leinster club game ever three weeks ago, made the journey to Jones Road as massive 4/1 outsiders and seeking to cause a huge shock.

And though they competed brilliantly for long spells of the first half, Ballyhale’s lethal instinct in front of goal helped them to a 3-11 to 0-10 half time lead.

Young Player of the Year Eoin Cody had got the first goal after just three minutes but Ballacolla responded well to that with Aidan Corby hitting three points in a fine opening quarter, Willie Dunphy two and Lee Cleere.

They were back level by the 15th minute though a Cody point meant it was 1-4 to 0-6 at the first water break.

Ballyhale kicked on from there and outscored Ballacolla by 0-5 to 0-1 from there to half time to have that ten-point cushion at the midway stage.

Having mostly isolated Picky Maher up front in the first half, Ballacolla pushed on a bit after half time but it was too steep a hill to climb.

Adrian Mullen and Brian Cody got goals in the third quarter for Ballyhale and they added a string of points too. By the next water break it was 5-15 to 0-12 and the game was long since dead as a contest unfortunately.

A delightful flick from Eoin Reid completed the goal scoring in the 51st minute and in the end Ballyhale had 27 points to spare.

They now go forward to play St Thomas of Galway in the All Ireland semi-final in January.

For Ballacolla, the curtain comes down on a memorable 2021 campaign.

It wasn’t the ending they wanted but it’s a year they can still look back on with some pride.