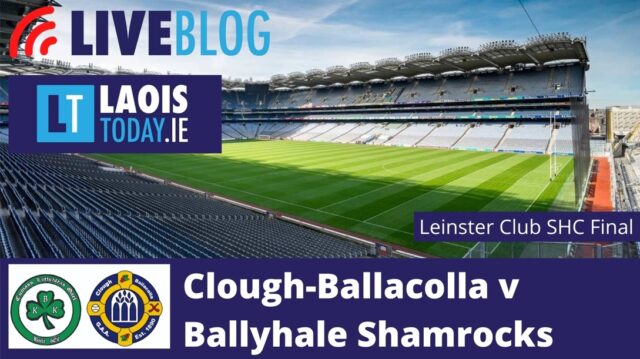 It’s a day of days for the Clough-Ballacolla hurlers as they take on Ballyhale Shamrocks in the Leinster club hurling final in Croke Park.

Prior to this year, Clough-Ballacolla had never won a game in the Leinster championship but wins over Wexford champions Rapparees and Dublin champions Kilmacud Crokes have them just 60 minutes away from a first ever provincial title.

Standing in their way, however, is Ballyhale Shamrocks, the club that leads the way in the All Ireland and Leinster roll of honours with eight and ten titles respectively.

The Kilkenny side are going for a third Leinster and All Ireland title in a row having been successful in 2018 and 2019. There was no provincial series in 2020 because of the Covid-19 situation but they did win the Kilkenny title all the same.

Clough-Ballacolla are 4/1 and the handicap betting is Ballyhale -6.

But Declan Laffan’s men have plenty of talent themselves in the guise of captain Stephen ‘Picky’ Maher, Willie Dunphy, Stephen Bergin, Lee Cleere and Diarmuid Conway who all represented Laois this year.

Darren Maher, Mick McEvoy, Willie Hyland and Aidan Corby have all represented the county in the past too.

It would be a huge achievement for Ballacolla to be the first Laois side since Camross in 1996 to win a Leinster title.

We will be live blogging all of the action as it happens which you can follow in full below.