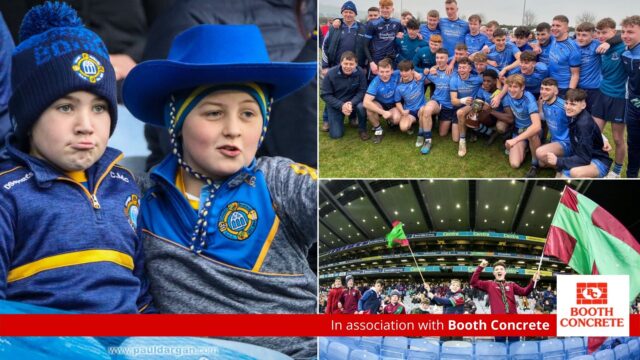 For the last weekend before Christmas, there was still an amount of big local GAA games to keep us occupied.

Most of the focus was on Croke Park where the Laois senior champions in hurling and football were in Leinster club action.

It was to be the end of the road for both Portarlington and Clough-Ballacolla, although their seasons ended in different ways.

Portarlington led for most of their football semi-final against Dublin champions Kilmacud Crokes before losing out late on while Clough-Ballacolla’s dreams were dashed by the mighty Ballyhale Shamrocks on Sunday.

We hear from Portarlington manager Martin Murphy and Clough-Ballacolla boss Declan Laffan and look back on memorable seasons for both clubs.

And we also chat about the U-20 football final between Ballyroan-Abbey and Portlaoise where the Ballyroan youngsters completed a hurling and football double.

It was Ballyroan’s first success at the grade since 1983 and continues their impressive winning record at underage level across the past number of years.