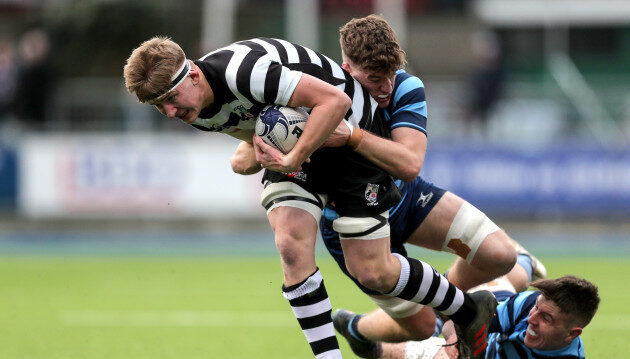 Young Laois rugby player Fionn McWey has been involved with the Irish U-20 rugby team in recent weeks ahead of this season’s Six Nations campaign.

McWey, who played underage football for Ballyroan-Abbey and hurling with Clonad, started his rugby days with Portlaoise before moving to Cistercian Roscrea from Mountrath CS for 5th and 6th year.

The Covid pandemic denied him of a senior schools campaign in his final year but he is now with the Old Belvedere club in Dublin and has played with the various Leinster underage teams.

A second row, he was on the bench for an uncapped game against Italy before Christmas and again against a Munster Development team on December 30.

Among his Ireland U-20 colleagues were Munster players Patrick Campbell and Ethan Coughlan, who both played for the Munster senior team in the Champions Cup win away to Wasps before Christmas.

Ireland open their Six Nations campaign against Wales on February 4 in Musgrave Park in Cork.

The U-20 fixtures will be broadcast live on TV and will follow the same schedule as the senior Six Nations games. Ireland will be away to France on February 11, at home to Italy on February 25, away to England on March 12 and finish at home to Scotland on March 20.

Among the Laois players that have been capped at Ireland U-20 level in recent years have been Will Reilly, who played in last year’s Six Nations, and Sean Masterson in 2017 and 2018.