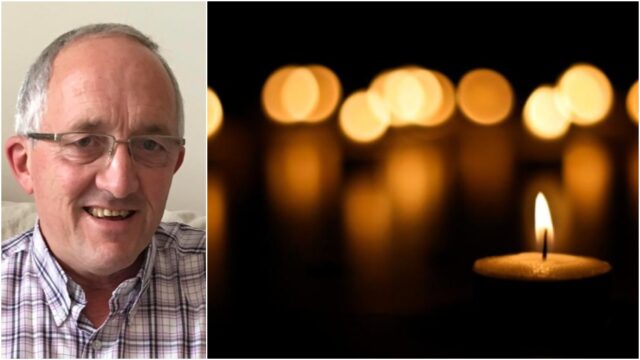 The Timahoe area was saddened last week by the shock death of Denis Lowry.

Aged in his mid 60s, Mr Lowry was a highly-respected member of the Timahoe community and a hugely popular long-serving staff member in Laois County Council where he worked in the IT department until his retirement in recent years.

He also farmed in the Timahoe area.

Mr Lowry passed away on December 29 in St James Hospital in the company of his loving family.

Mr Lowry was described at his funeral mass by Fr Sean Kelly as a “noble person”.

“He lived his years in a full and meaningful way and was always keen to do what was right and correct.

“The Timahoe community meant a lot to Denis and in different circumstances we would have had a packed church here of those who lined the road to pay their respects.

“Everyone is shocked at the suddenness and shock of Denis’s death.”

The funeral took place in Timahoe on Sunday, January 2, with burial afterwards in St Michael’s Cemetery.