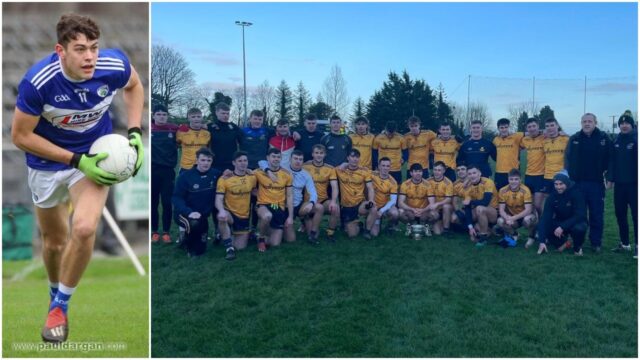 Tubberclair in Westmeath was the venue for this encounter which DCU won by six points in the end.

The first half was keenly contested with DCU taking a 0-6 to 0-5 lead at half time.

But this is a star-studded DCU team and Paddy Christie’s charges powered on in the second half.

Offaly U-20 All-Ireland winner Jack Bryant and Galway’s Robbie Finnerty were the the fore in that respect.

A 55th minute Tomo Culhane goal via the penalty spot brought the Galway students right back into contention near the end.

They had fallen six points behind but DCU reeled off the last three scores to win comfortably in the end.

Next up for DCU is a Sigerson Cup opening round clash away to Maynooth University in seven days’ time, while NUI Galway face University Ulster.