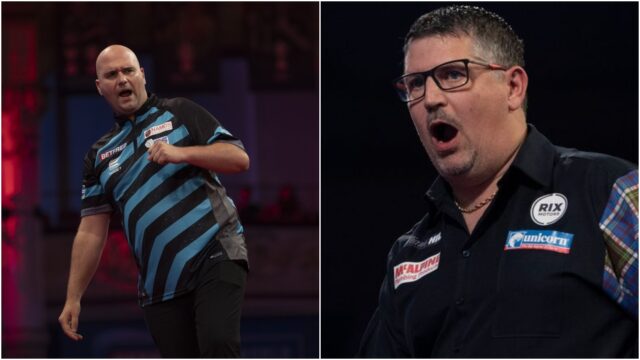 The recent World Darts championship on Sky Sports made for riveting viewing – and a selection of those will make their way to the Castle Arms in Durrow next month for a charity event in aid of Hero’s Aid (front line workers).

Covid restrictions permitted, the event will take place on Friday, February 18, at 7.30pm.

Two-time world PDC champion Gary Anderson (semi-finalist in the Ally Pally this week) and 2018 winner Rob Cross are the start attractions and will be joined by South African Devon Petersen and Brendan Dolan from Fermanagh who are also on the PDC circuit.

The PDC players will throw against 10 local players each, 40 games in total and at the end of the night they will then play each other.

To play against any of these, the local players must raise up to €200 through sponsorship cards.

Each of the 40 players will have their own walk on songs just like on TV which will add to the occasion.

VIP tickets, costing €50, give 30 minutes meet and greet and Q&A with the players seated at a table with table service while ordinary entry tickets on sale at €30 euro each.

This event is in Association with Hero’s Aid ( Front line Workers) and is organised by local man Barry Bowe, himself a talented darts player who has been organising events like this for the past 15 years.

Among the other players he has brought to local pubs have been Phil Taylor and Raymond van Barnaveld but this will be the biggest yet given the charity element involved.