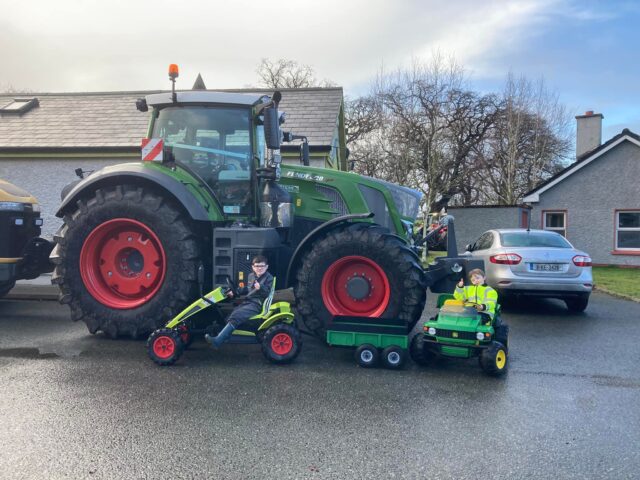 Tom is originally from Ballyroan but lived in Spink. He sadly passed away in 2015 and Tom availed of the services of Laois Hospice.

As a result, Tom’s friends and family have been inspired to fundraise for the charity whenever they can.

The tractor run began at the GAA pitch in Ballyroan, headed from Spink to Timahoe and then back to Ballyroan – with more than 150 tractors taking part.

A spokesperson for the event said: “On behalf of Ballyroan Vintage Club, Knock Mens Shed and Knock Vintage Club we would like to say a massive thank you to everyone who turned out for the road run.

“There was pandemonium in the football field at one stage but we got there in the end, we had in excess of 150 tractors and then a number of cars were present too.

“We’re just after hitting the magic number of €10,000, that will be heading straight to the Laois Hospice in the next few weeks.

Everyone who bought tickets was then entered into a raffle with the draw taking place in Whelan’s Pub in Ballyroan afterwards.