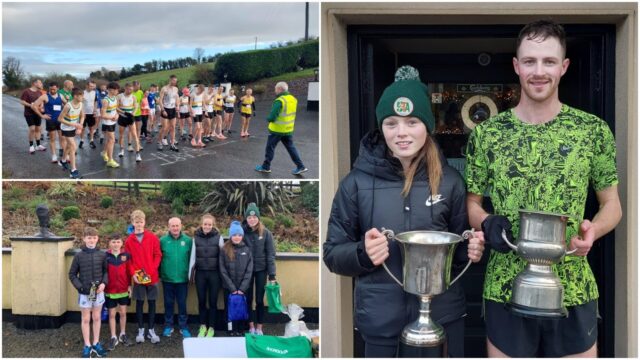 After its cancellation last year, the St Abban’s St Stephen’s Day Road Race returned this year with one lap of the Tura Triangle for female/juvenile members and three laps for the men.

In previous years, the Jack Mealy and Paddy Doc Delaney cups have been presented to the athletes who make the biggest improvement on their previous years’ performance.

However, with no event taking place in 2020 it was decided the cups would be presented to the winners of each race.

In the Women’s and Juvenile race, 31 athletes toed the line. When they emerged from the bottom of the Triangle it was Rachel Ayers who lead them up the home straight and took the victory. She was followed closely by the fast finishing Ben Reid in 2nd and Kalem Buggy in 3rd.

As the race began, both athletes made their intentions very clear from the off bridging a gap very early on from the rest of the field.

As the came back down the hill it was Cian leading with Jack tucked closely behind. In the battle for 3rd Mick Kelly, Cornelius Marshall and Will Fox all made attempts to make it theirs.

As the Men entered the final lap it was still nip and tuck between Cian and Jack with Cian still leading the way. When they rounded the corner Cian had bridged a small gap which he maintained the whole way to the line.

He crossed the line in 13:10 to become the fastest St Abbans member around the Turra Triangle.

Cian’s previous best was 13:45 which sees him make a huge 35 second leap over the distance. It also moves him from 11th to 3rd on the all-time list around the Christmas route.

16-year-old Jack Fenlon cut a phenomenal 1 minute and 19 seconds off his previous best finishing in 13:20.

This moves Jack to sixth on the overall list with plenty of time for improvements in the years to come.

Overall, more than 60 athletes got out to enjoy the post-Christmas event with many going home happy after winning spot prizes or part of teams who won prizes.

The club would like to thank Councillor Ben Brennan for his kind sponsorship of the event and all of those who helped gather prizes and run the event. 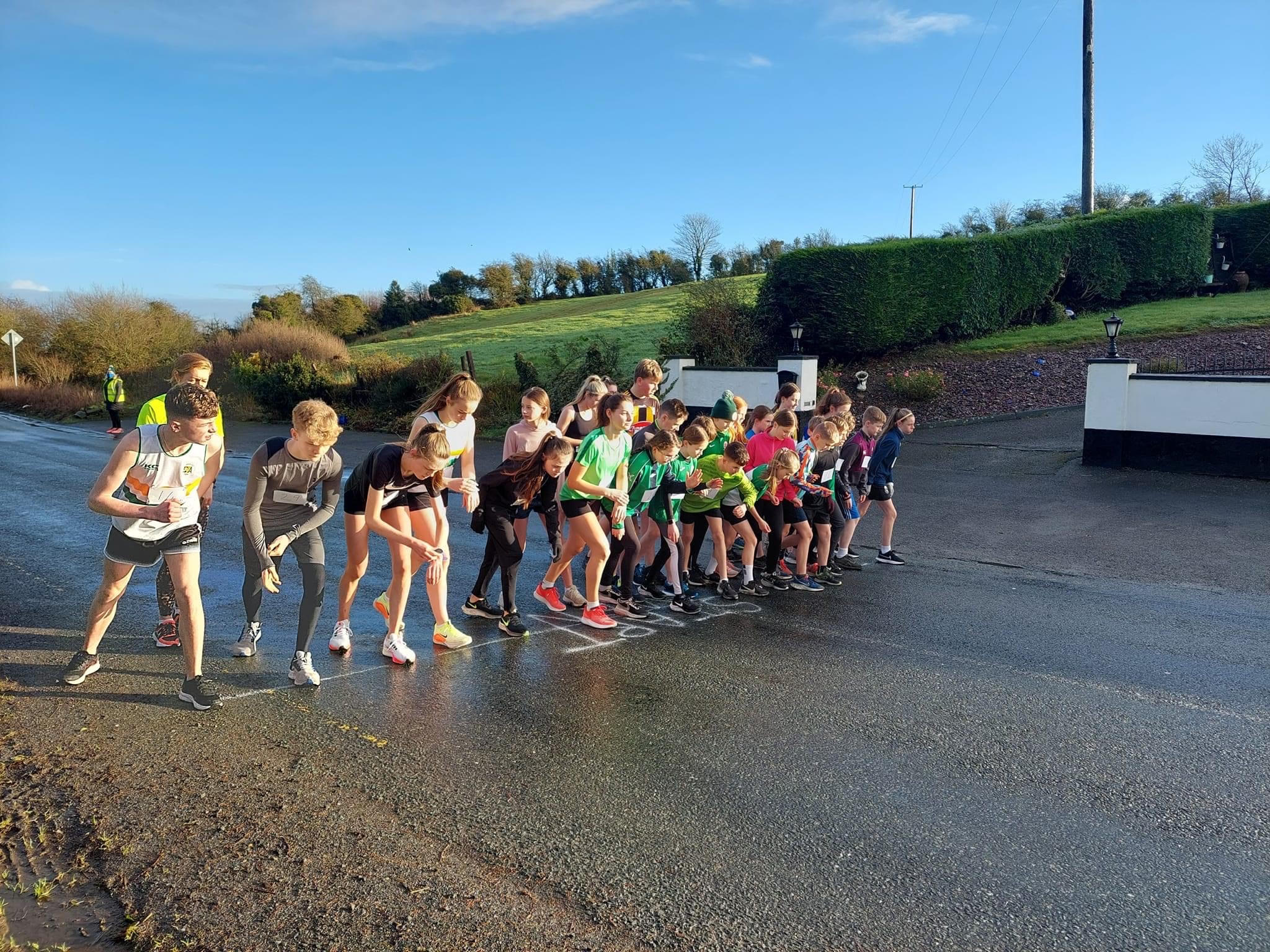 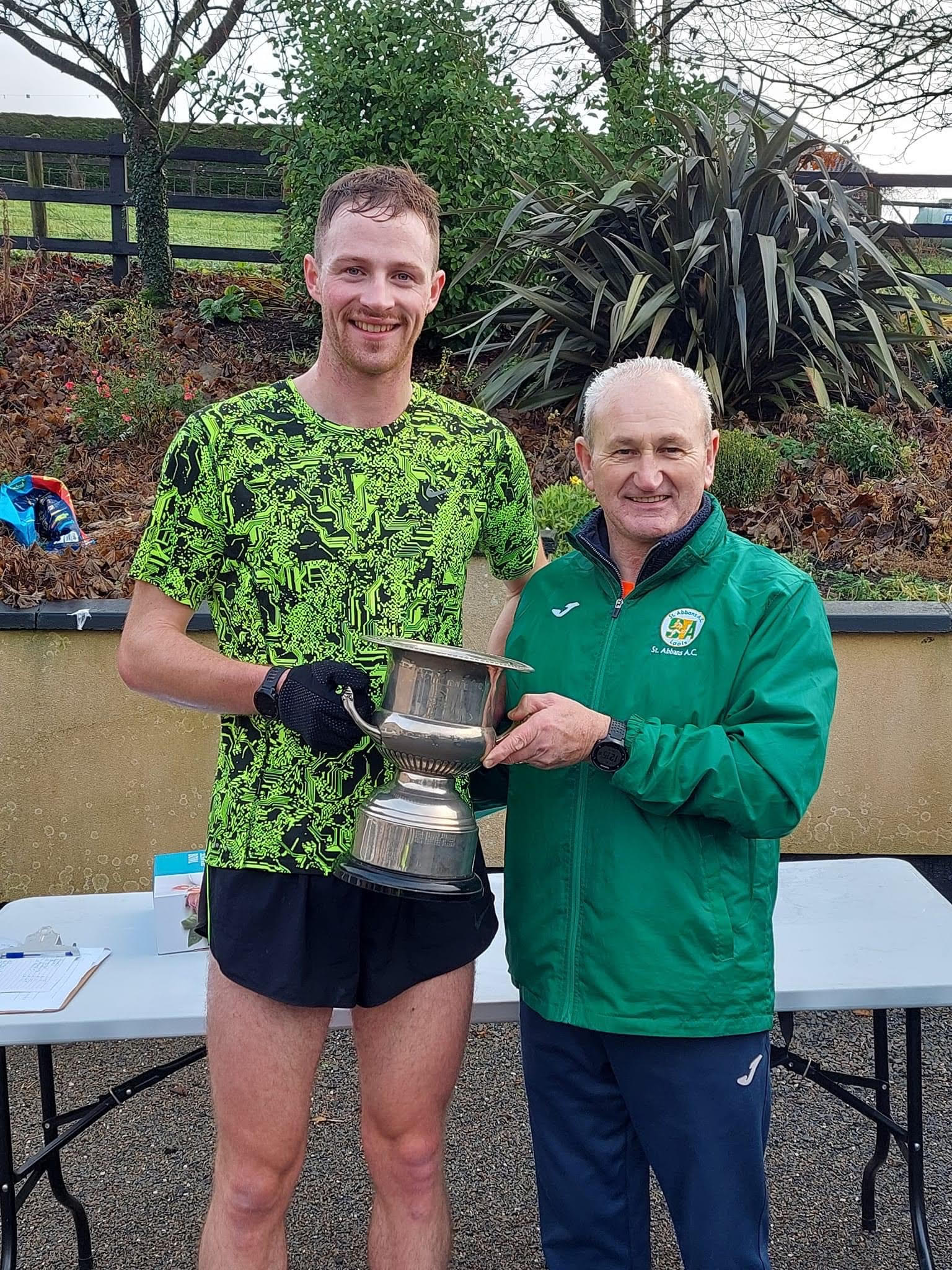 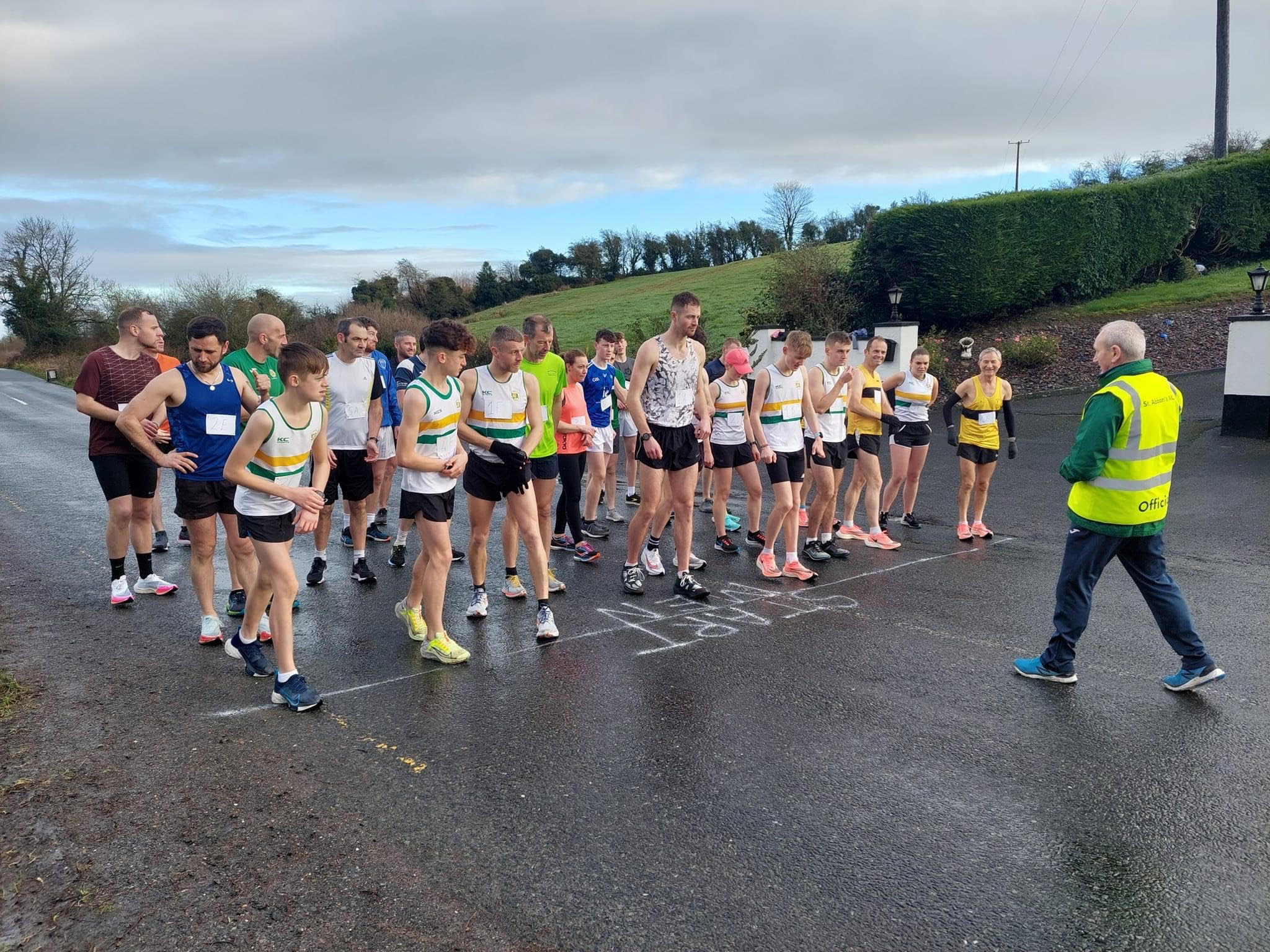 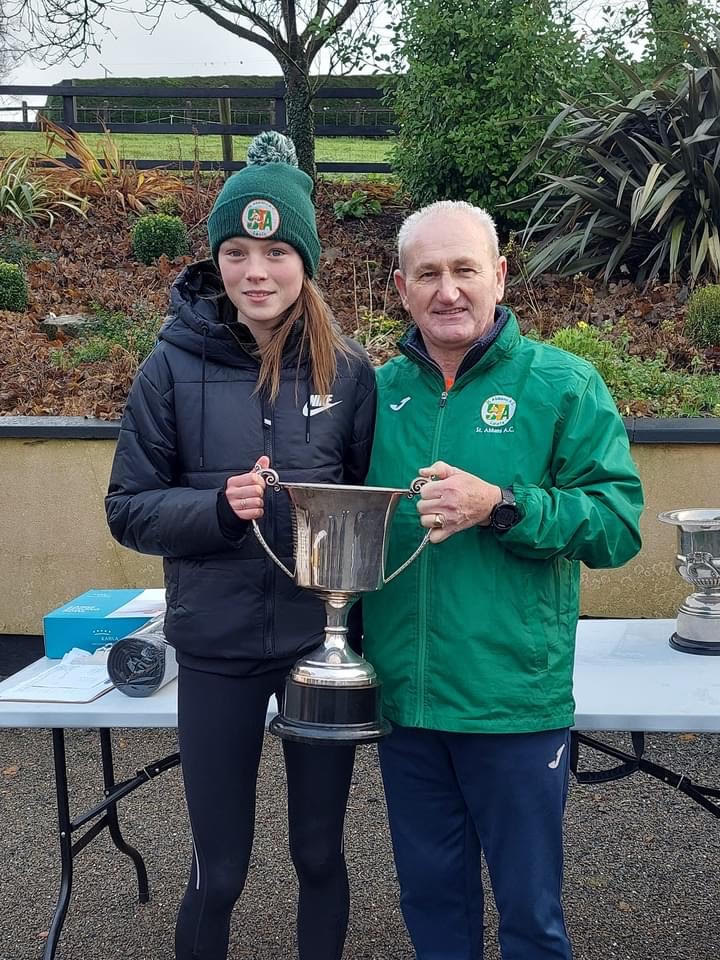 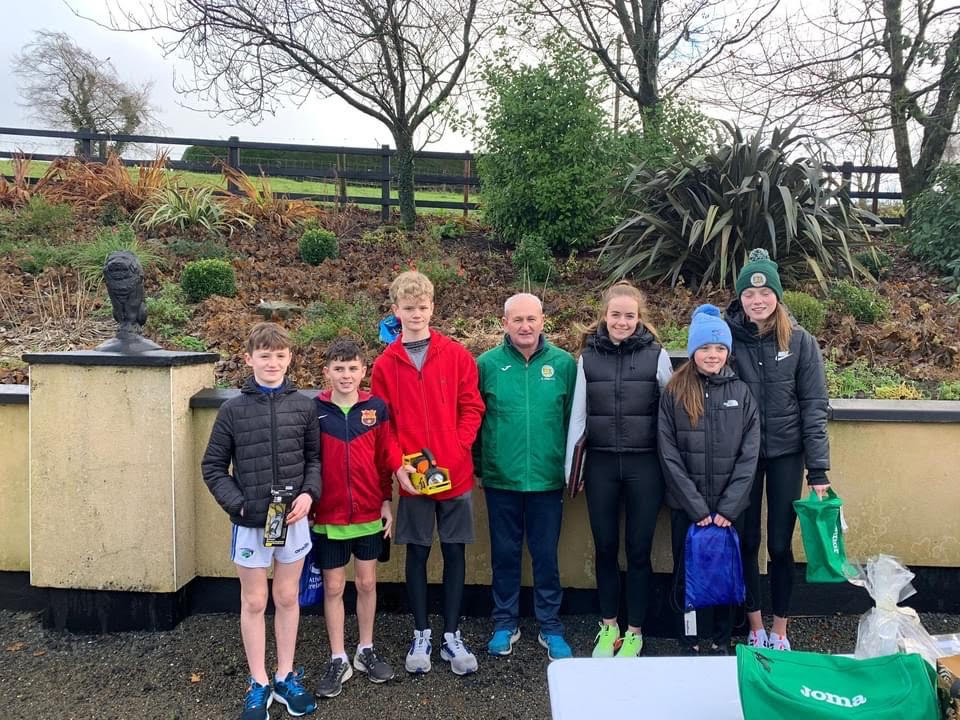 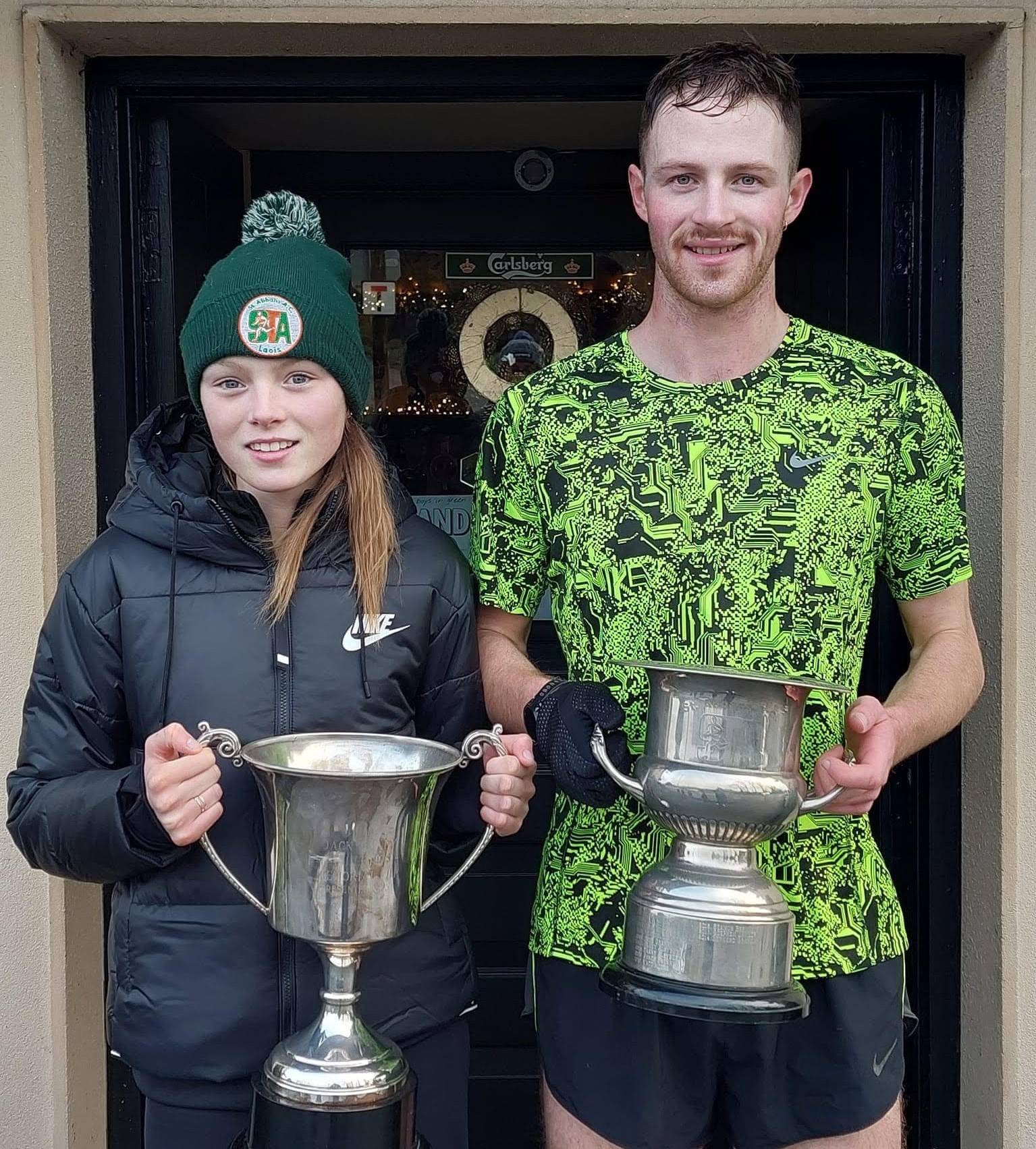