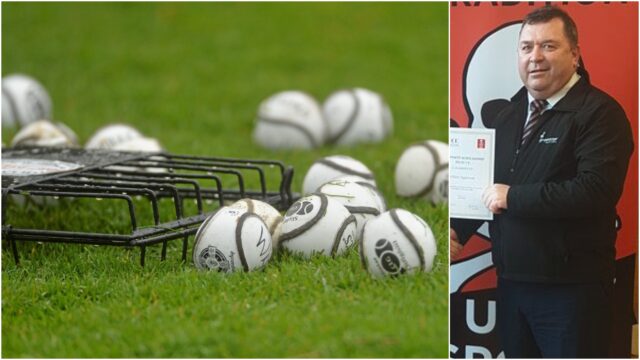 Laois have appointed Cork man Martin Walsh as the new camogie manager for the 2022 season.

Walsh, who is from the Ballinacurra club near Midleton, takes over from fellow Cork man John Desmond who was in charge for the 2020 and 2021 campaigns.

He has extensive hurling coaching and management experience with UCC, his own club club Ballinacurra, his divisional team Imokilly and St Ita’s, home club of Cork hurler Seamus Harnedy, whom he guided to East Cork junior championship glory back in October.

This role won’t be Walsh’s first foray into Laois GAA having spent a number of years coaching Clonad alongside Derek Dunne.

A work colleague of Dunne’s, he also did number of coaching sessions with the Down camogie team when Dunne was manager there.

Having reached the 2020 All Ireland intermediate semi-final (albeit when only first teams were allowed into the competition and not second string sides from the stronger counties), Laois failed to get out of the group in last year’s championship.

Laois will once again play in Division 2 of the National Camogie league and for the first time will field both an intermediate and junior county camogie team. The National League is set to begin in mid-February.

Fint Duff from Clonad has recently taken over from Barney O’Connor as chairman of Laois camogie while in other news, Laois will have two teams in Leinster club championship action in the coming weeks.

With the delayed 2020 All Ireland finals being played this weekend, the 2021 competitions get underway with Camross playing in the Leinster intermediate championship and Portlaoise in the junior grade.