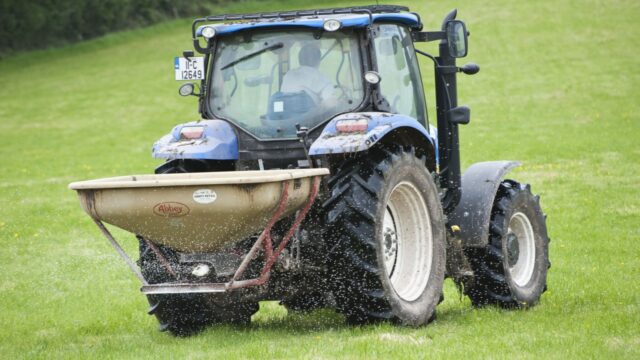 An Independent TD for Laois-Offaly has called on the Minister for Agriculture, Food and the Marine, Charlie McConalogue, to clarify the progress his department is making in assisting farmers to reduce the ‘spiralling costs of chemical fertilisers’.

Deputy Carol Nolan was speaking after the Minister confirmed to her in reply to a parliamentary question, that there are no plans to make supports available to farmers who wish to use organic fertilisers or fertiliser pellets that are biologically composted and 100% organic.

Deputy Nolan said: “I am aware that Minister McConalogue is taking steps to address this problem through the pilot Soil Sampling Programme.

“That is something I would actually commend him for as it will help to develop a more reduced and cost-effective use of chemical fertilisers in the long term.

“But in the immediate term we are still left with the prospect, and this has been well flagged by Teagasc and others, that the costs of fertiliser may rise by over 100% in 2022.

“That kind of cost multiplication will drive low-income farmers who are already operating on razor tight margins to the brink.

“I would therefore urge Minister McConalogue to reconsider both the total absence of supports for the direct purchase of cheaper organic fertiliser.

“And also to increase the supports that already exist through TAMS for the purchase of low emission slurry spreading equipment and GPS enabled fertilizer spreaders.

“The Minister has already accepted in his reply to me that the use of organic fertilisers in 2022 will be particularly cost effective for farmers in light of the current price of chemical fertilisers.

“So, it only makes sense that he would take steps to incentivise the use of organic fertilisers through whatever mechanism or scheme that he would deem most appropriate,” concluded Deputy Nolan.

SEE ALSO – In Pictures: All smiles as Laois mam and daughter among graduates in IT Carlow