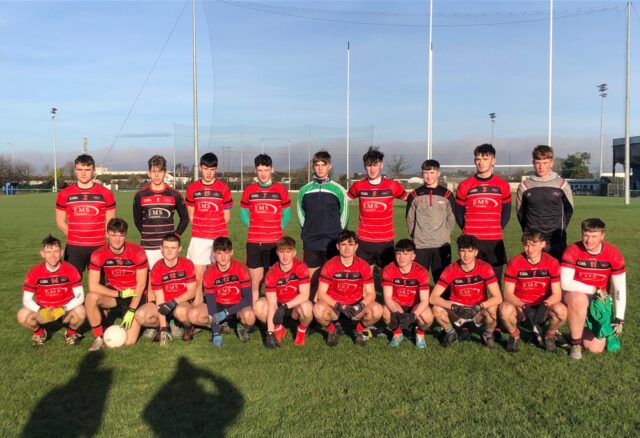 Portlaoise CBS’ South Leinster campaign is over after they were well beaten by Gorey Community School in Wexford this afternoon.

A dreadful start to the game saw the Laois school concede two early goals and find themselves eight points down after 10 minutes.

Davy Costello and DJ White scored in the first half but they found themselves 2-7 to 0-3 behind at half time.

They rallied somewhat in the third quarter with O’Donnell joining the aforementioned duo on the scoreboard.

But the goals the CBS needed failed to arrive and instead their hosts killed off the game with 2-2 in the final five minutes to give the scoreline a harsh looking finish.