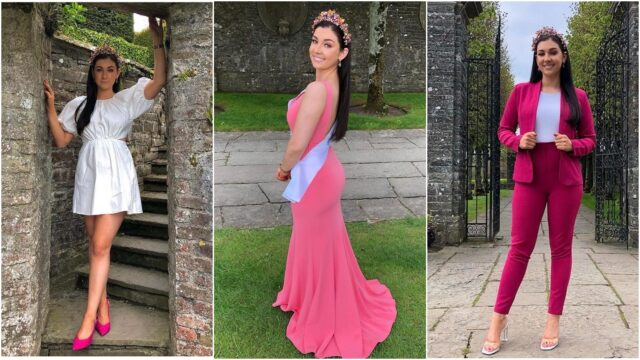 Diamonds are forever for the Miss Ireland Organisation as this year marks its 75th Jubilee of the competition with plans for the largest and most spectacular show this summer.

The search has officially begun for Miss Laois 2022 to follow in the footsteps of reigning Miss Laois Alison Dyer from Portarlington who represented the county last year at the Miss Ireland final and retains her title until the new Miss Laois is crowned.

The winner of Miss Ireland 2021, Pamela Uba (26), captured the hearts of the nation with her incredible story.

She has featured prominently in the Irish media with captivating interviews and also made waves internationally having appeared on TV Shows in Los Angeles, London, Johannesburg and even featured in the New York Times.

Pamela spent a month in Puerto Rico representing Ireland at Miss World and is all set to jet back out there in March for the overall final.

Selections will run all over the country to find contestants from each county with beauty, poise and personality to take part in the Miss Ireland 2022 competition next summer.

The winner from each county represents their county at the most spectacular ever Diamond Jubilee Miss Ireland show.

The winner of each of the county crowns and sashes also enjoy representing their county and title throughout the year at various events, awards and appearances.

The finalists of Miss Ireland this year will be put through their paces in a challenging competitive process testing their skills in debating, public speaking, talent, sports, modelling, social media and each finalist will be tasked with raising much-needed awareness and funds for their chosen charities.

Established in 1947, Miss Ireland has been the launch pad for many eminent, successful, and inspiring women in Ireland.

In recent years the Miss Ireland Franchise has raised over €300,000 for various charities including Laura Lynn, Temple Street, Alzheimer’s Ireland, Pieta House, The Cari Foundation and this year are proud to partner, once again, with Variety Ireland, an Irish charity helping sick, disadvantaged and children with special needs since 1951.

The winner of Miss Ireland 2022 will receive a lucrative agency contract and a host of prizes including jewellery, gowns, professional photo shoots, beauty and hair products and then jet off to represent her country at the Miss World Festival which is televised in over 100 countries around the world.

Full details on how to enter Miss Ireland 2022 are available on www.miss-ireland.ie or on the Miss Ireland App now available from Apple App Store or Google Play.