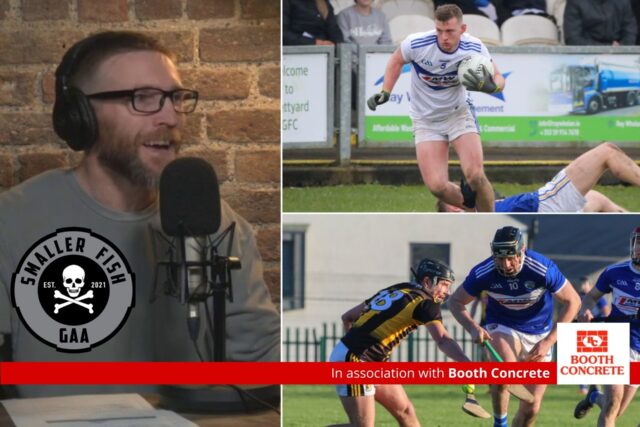 The Laois hurlers made the trip to the John Lockes GAA ground in Callan on Sunday to take on Kilkenny in the Walsh Cup and despite leading for long stages the home side finished strong to win 1-27 to 0-24.

Still, Seamas ‘Cheddar’ Plunkett and his management team will have taken plenty from their two Walsh Cup outings ahead of their opening round of the Division 1 National League against Tipperary in three weeks time.

Alan Hartnett was in Callan where he looks back on some of the key moments, the return of some leading Laois players and how things are shaping up in general.

He was also in Crettyard on Saturday as the Laois footballers picked up their second win in four days in the O’Byrne Cup to book a semi-final place against Kildare on Wednesday night.

He goes through the Laois line up, who has impressed so far and what way Laois might line out against Glenn Ryan’s Kildare side on Wednesday.

As well as that, we’re joined by former Laois player Colm Parkinson to chat about his decision to go out on his own with ‘Smaller Fish’, his new GAA podcast.

He discusses his plans for the show, his line up of guests (including former Laois hurler Niall Rigney) and chats about one of the most disappointing games of his career – the 2005 All Ireland club final loss with Portlaoise.