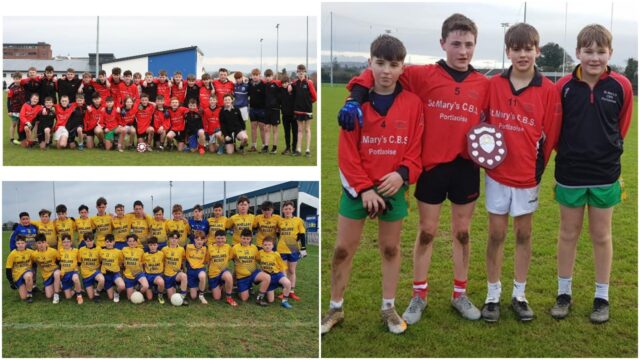 In the Centre of Excellence, the CBS had to withstand a ferocious comeback from Iosagain to run out seven point winners in the end.

Captain Daniel Downey, midfielder Sean Tuohy and full forward Joe Larkin were to the fore as they were involved in the majority of the positive forward play that left the CBS 12 points up at the first water break.

The CBS got off to a great start as a pass from Mark O’Connor allowed Aaron McCormack to pull first time on the ground to the net.

A lengthy run by Denis Browne set up Davy Delaney for a nice point before Joe Larkin added a second after good work from Sean Tuohy.

Just after that, great tackling from Aaron Fitzpatrick resulted in the ball breaking to Tuohy who calmly slotted it over.

Annanough’s Tuohy again fielded the resulting kick out and set up Davy Delaney for his second point.

Stradbally’s Joe Larkin then added the first of his two goals after great interlinking play from Ratheniska’s Dan Downey who ran at the Port backs and offloaded to Larkin to finish.

The CBS were relentless and more scores followed. Great anticipation from Ross Dunne allowed him to pick up a ball on the wing and he found Fitzpatrick who laid off to Larkin for his second goal to leave it 3-4 to 0-1.

The second quarter was a real battle for possession with scores at a premium. Colaiste Iosagain’s outstanding centre-forward Ultan Dunne, from O’Dempsey’s, scored 1-1 in this period.

Davy Delaney responded with a point for the CBS to leave them ahead by 3-5 to 1-2 at half time.

The second half saw the CBS backs weather a great storm as they time and again foiled many attacks from the Portarlington school.

James Doyle, Andrew Whelan and Paul Byrne contested every ball while Sean Powders began many counter-attacks, with Eoghan Deegan, operating as a sweeper, linking many plays.

But Iosagain did cause plenty of problems with Conor Moran doing trojan work from centre back while his twin Sean was brilliant in midfield and chipped in with a couple of points.

Lucas Coleman scored two super points while Joe Lennon won every ball that came near him from wing back.

Ultan Dunne continued to score too as Colaiste Iosagain dragged themselves back into the game.

But the CBS responded as Joe Larkin stuck over two points after great work from Tuohy and Downey while Aaron McCormack was on the end of two attacks to score a brace.

After a great run by Denis Browne, he was dragged down on the 20m line. McCormack took the resulting free and found Ross Dunne unmarked who slotted the ball over the bar.

In the final minutes, Dan Downey made the game safe by scoring a superb goal.

After starting the move at midfield, he continued his run through the middle and buried the ball in the back of the net to secure the win. 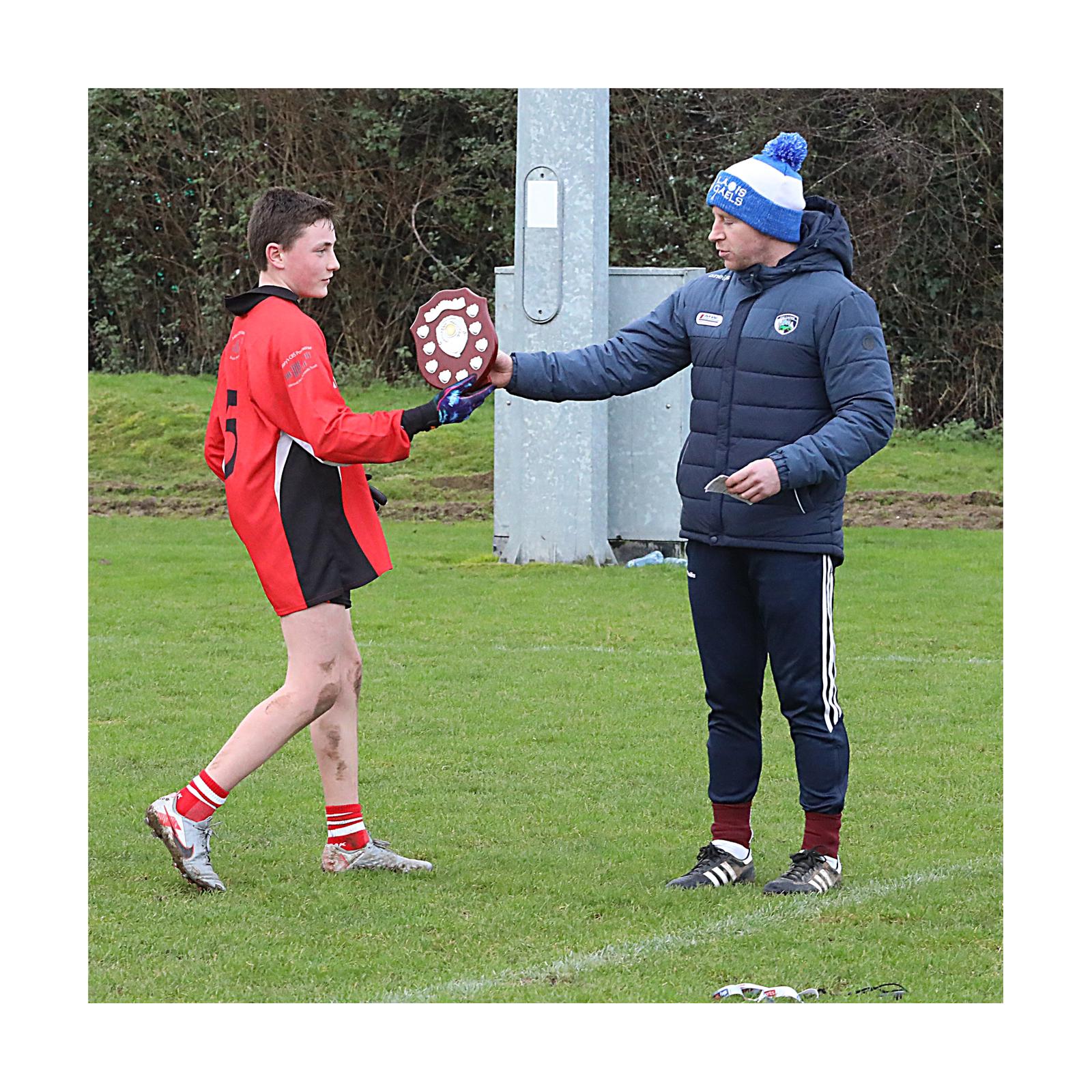 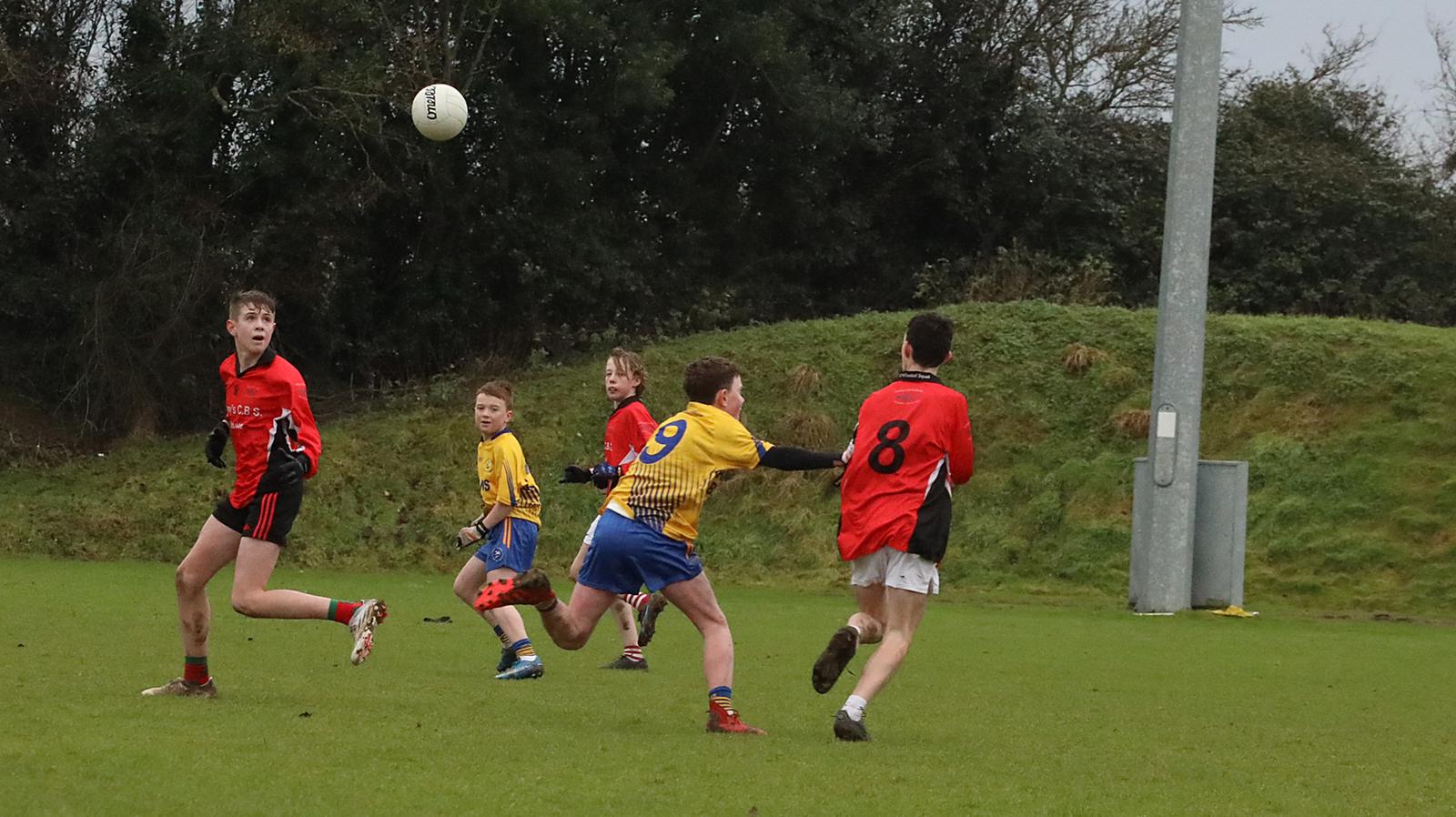 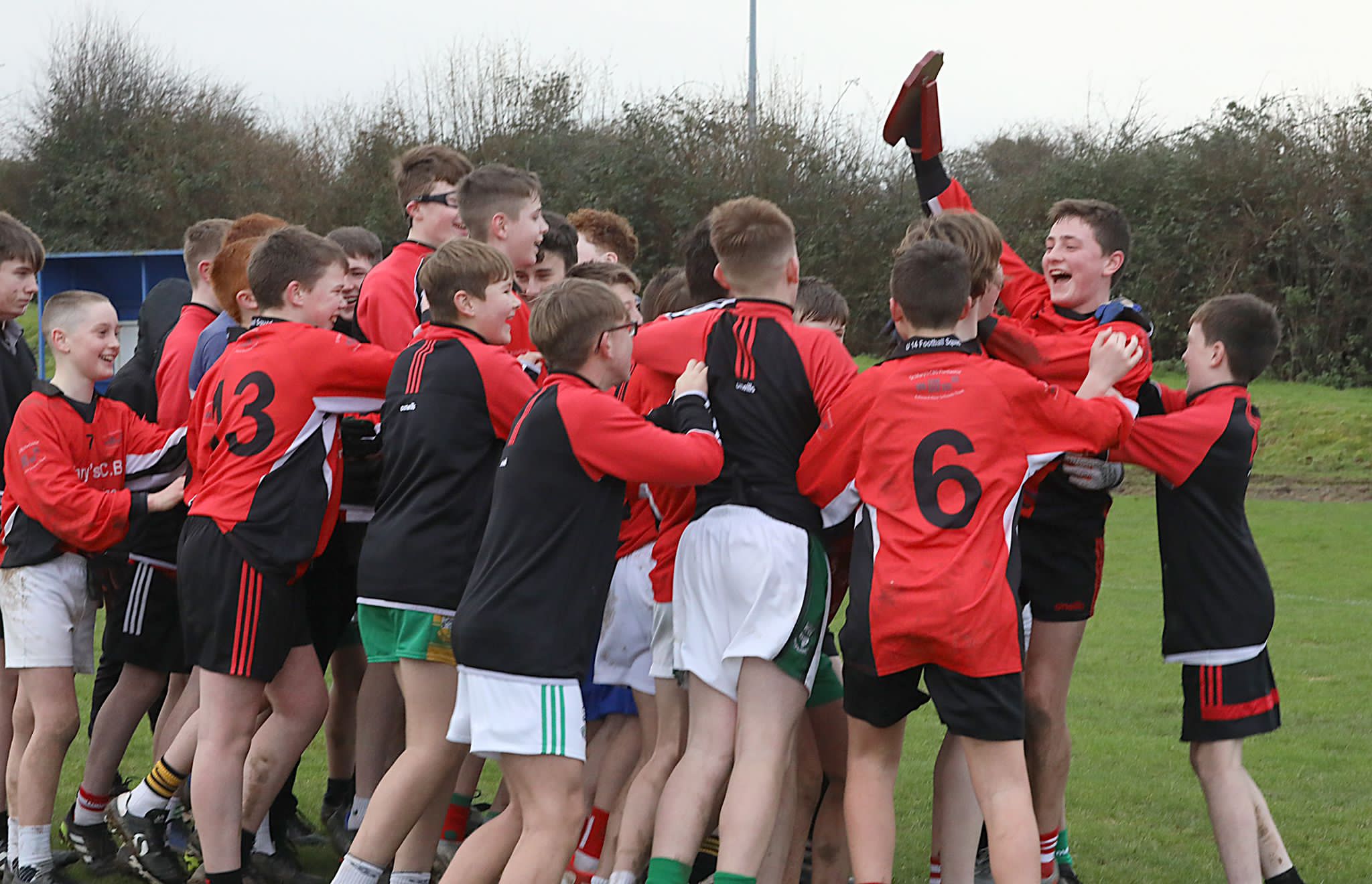 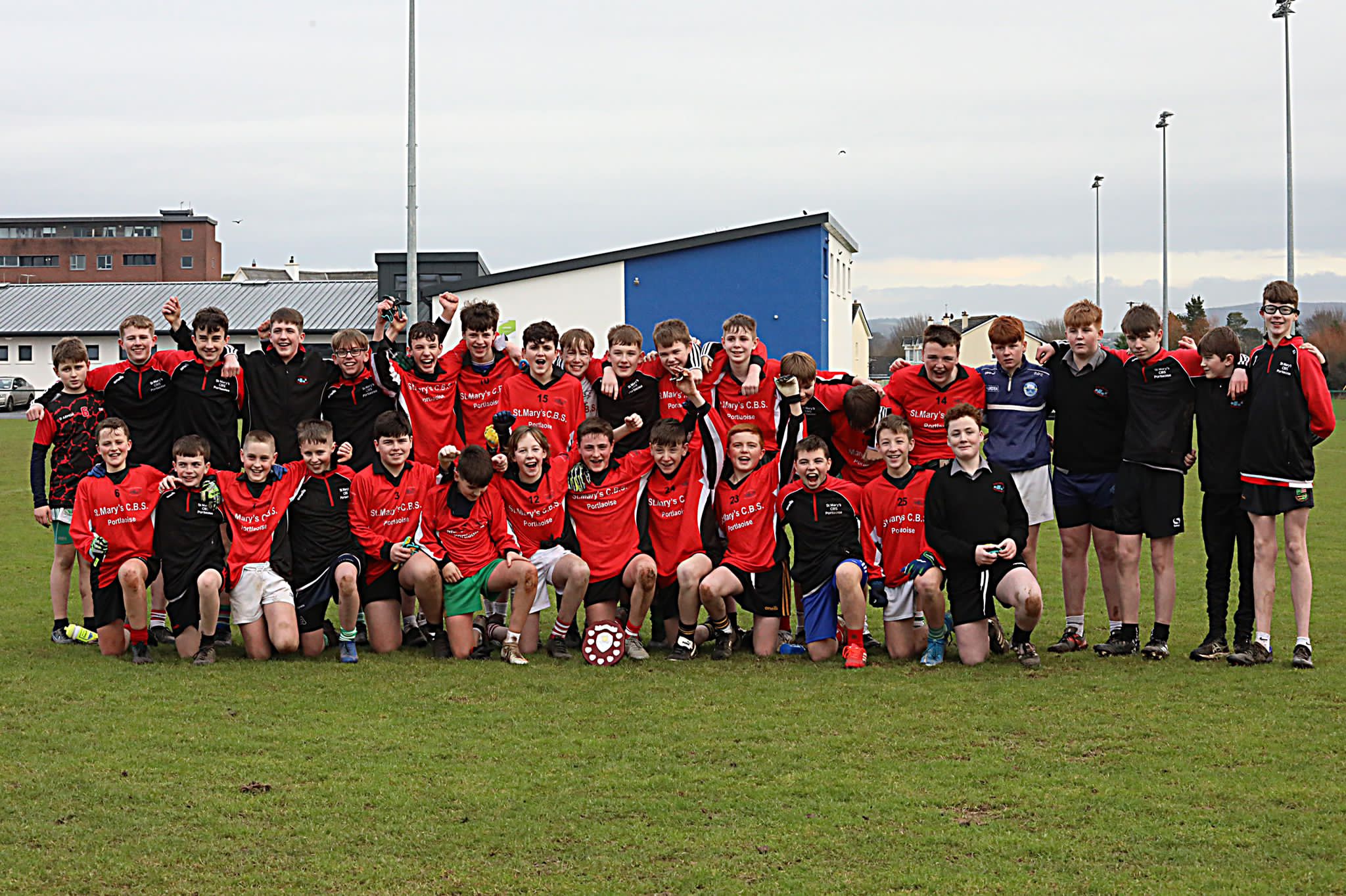 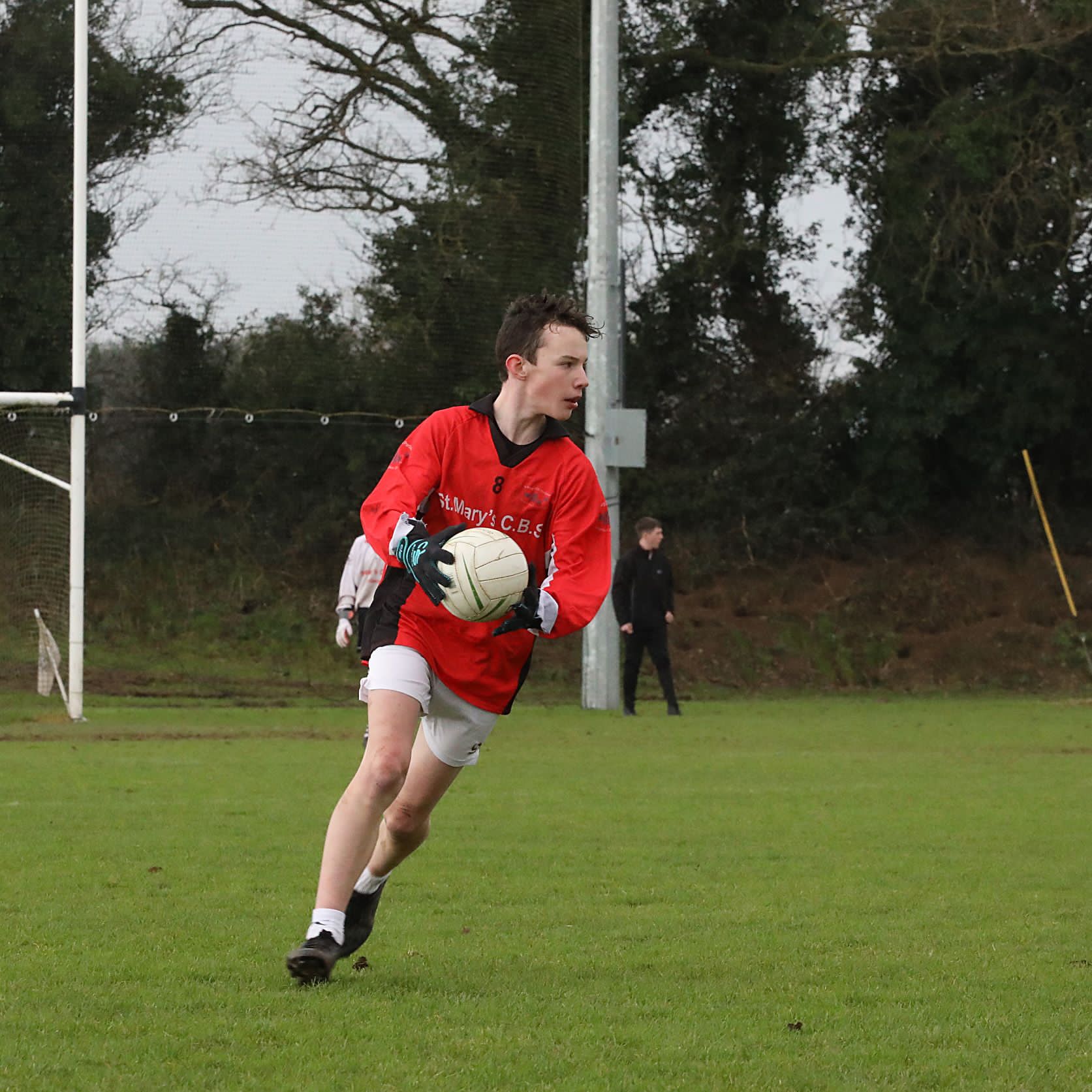