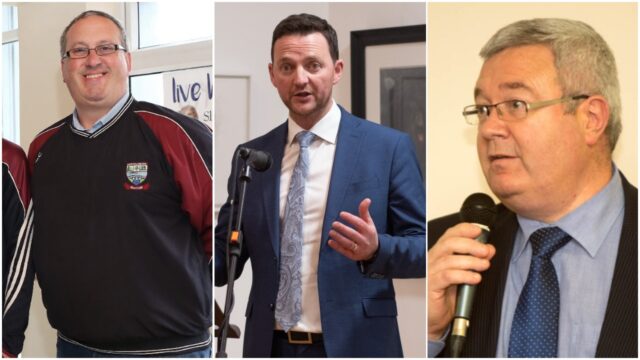 Three new faces have been appointed to Laois GAA’s County board for the upcoming 2022 season.

Graiguecullen’s Paul Dargan stepped down as PRO at the end of last year before Laois’s Convention.

His spot has since been filled by Portarlington’s Canice McCarthy who was officially ratified this month following a nomination from his club.

Kieran Kehoe has been appointed as the new Football Board chairman.

Kehoe, who played with O’Dempsey’s and served in a number of roles with the club, was previously a Director of Services in Laois County Council and is now in one of the top positions in Waterford City and County Council.

Mr Cunningham, who is the current CEO of Laois-Offaly Education and Training Board, is from Caherlistrane in Galway and is currently heavily involved with the Park-Ratheniska club.