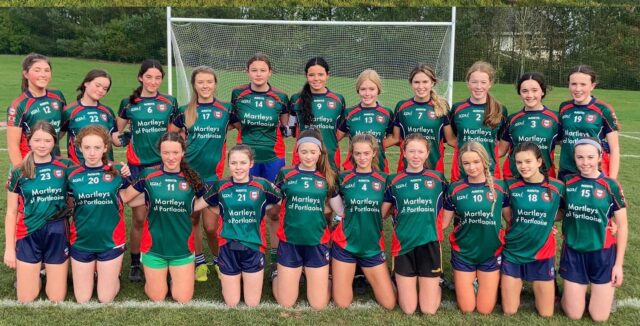 Scoil Chriost Ri suffered defeat in the Schools Leinster U-16 ‘A’ final in Kinnegad this afternoon.

A youthful Laois side, comprising of nine players who are eligible for the grade next year, battled gamely in the first half.

They headed for the break just four points down but the physicality of their Meath opponents told in the second half.

Susie Delaney and Ana Mulligan led the resistance in the first half with a goal each while the former also pointed.

But Loreto Navan matched that with goals from Lauren Woods and Kellie Stafford.

Player of the match Emma Brogan was also among the scorers as they led 2-5 to 2-1 at half time.

Ailbhe Carroll pointed for Scoil Chriost Ri in the second half but that would prove to be their only score of that period.

Lauren Woods and sub Laura Mangan scored further goals for the victors who ran out 18 point winners in the end.

A tough defeat for Scoil Chriost Ri but with so many players eligible again next year, they will certainly be back.