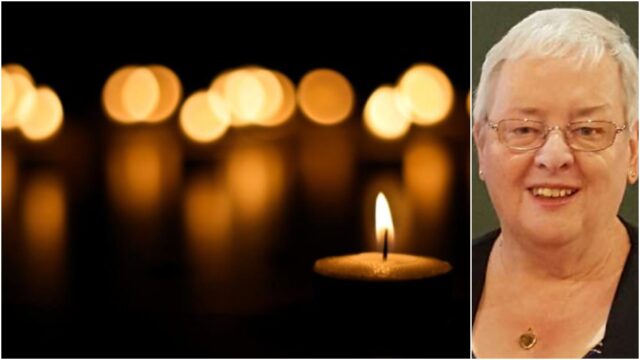 There is sadness in the Timahoe and Stradbally communities this week following the death of Chrissie Kelly (nee O’Connor).

Mrs Kelly passed away following a short illness at the age of 75. Chrissie is deeply mourned by her loving husband PJ, daughters Monica and Catriona and son PJ Junior.

Originally from the townsland of Aghony near Timahoe, where she was born in 1946, Chrissie initially worked in healthcare before getting married after which she was a devoted full-time wife and mother.

Chrissie married PJ Kelly in 1970 and the couple lived and had their children in Lucan in Dublin before moving back to live near PJ’s home place in Ballycoolan with their young family in 1982.

Mrs Kelly was a huge Timahoe and Laois GAA supporter, attending matches all over the county and further afield.

Indeed the last game she attended was last October when Timahoe met Mountmellick in the intermediate football semi-final in Annanough. She fell ill the next day and had been in hospital since.

Though unable to attend, she was fiercely proud when her son PJ was elected Laois GAA chairman at the annual convention in December.

Reposing at her home on Saturday from 1pm with Rosary at 8pm (Eircode R32E677). Funeral Mass on Sunday in Sacred Heart Church, Stradbally at 1pm followed by burial in St. Michael’s Cemetery, Timahoe. House private on Sunday morning please.